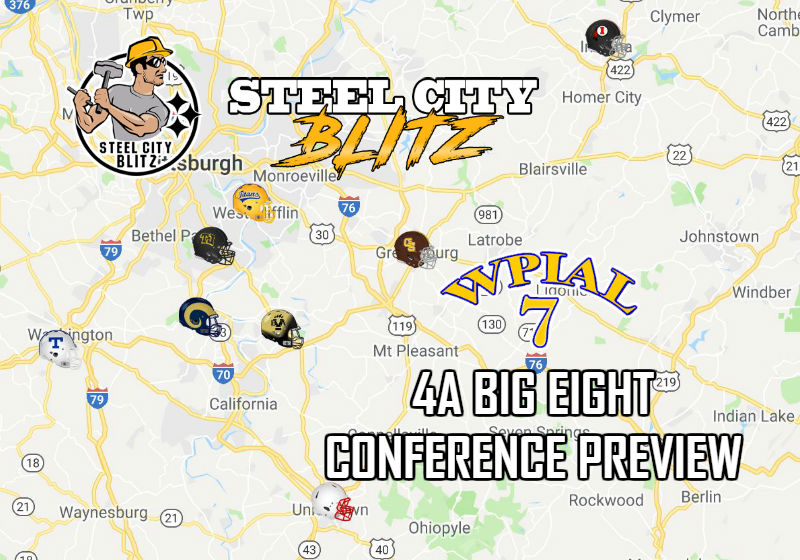 The playoff format in 4A is mostly the same as last year. The playoffs will consist of 8 teams with the Championship Game played on Saturday, November 16 at Heinz Field. The top 4 teams from each of the two conferences will make the playoffs. The top two teams from each conference will receive home playoff games in the first round. Both semifinal games will be played at neutral sites. Be sure to check out our new WPIAL Football ELO Rankings and the rest of our WPIAL Season Previews. Teams are listed in their predicted order of finish. 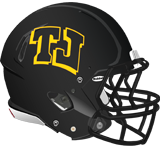 The Jaguars have put together one of the most impressive runs in football history. They have made the playoffs in 24 straight seasons and reached at least the semifinals in 20 of the last 21 years. Last year they were looking to become just the third WPIAL team to win 4 straight titles, but came up just short in an epic Championship Game loss to South Fayette. Senior QB Shane Stump has been starting since his sophomore year and threw for 1833 yards and 24 TDs last year. He gets his leading receiver back in Dan Deabner (1365 yards, 21 TDs). Both Stump and Deabner have some FCS offers. Tight end James Martinis (222 yards, 4 TDs) also returns for his senior season. In the backfield, rising seniors Nate Werderber (313 yards, 1 TD) and Dylan Mallozzi (298 yards, 7 TDs) shared backup duties last year. The pair should make a formidable tandem this year as both averaged over 8 yards per carry as juniors. The strength for the Jaguars will once again be in the trenches as two-way lineman Mac Duda has offers from a number of MAC and FCS schools. 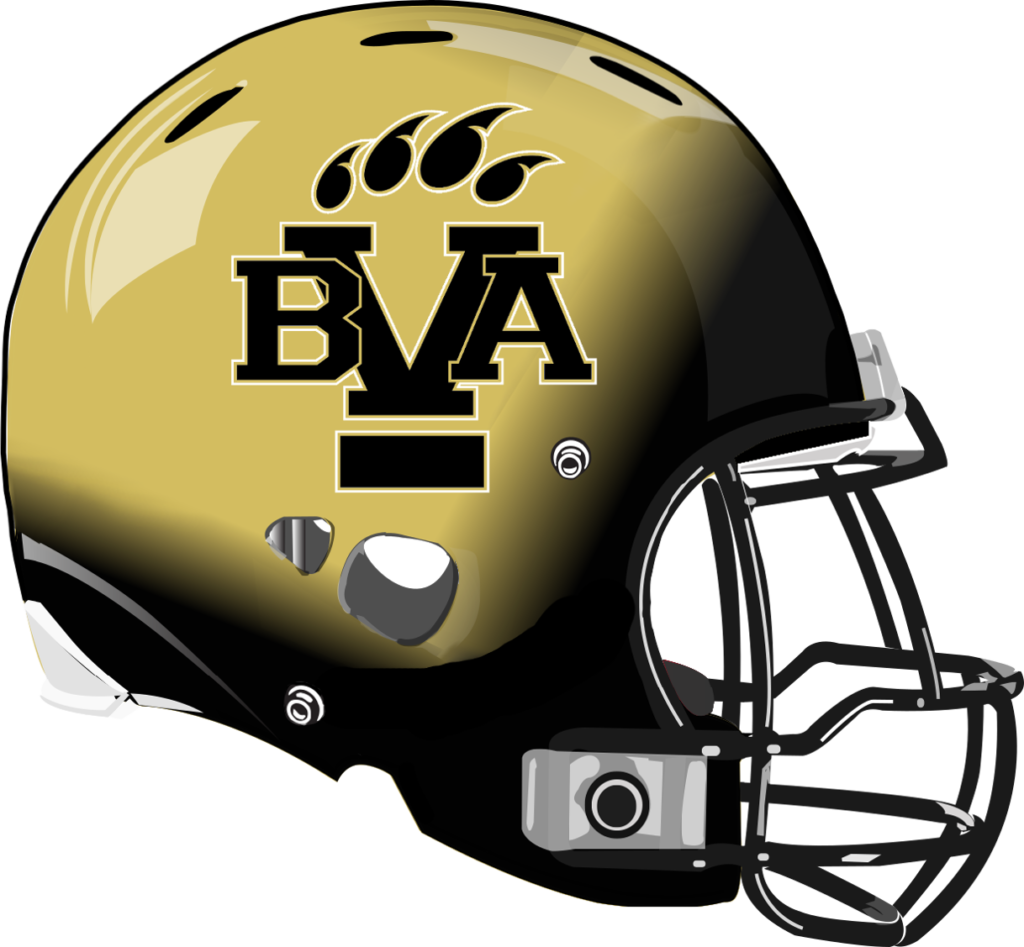 The Leopards reached the semifinals for the second straight year with their only losses coming against the two finalists. Belle Vernon had to deal with the loss of QB Jared Hartman to a knee injury halfway through the season, but he should be back this year after throwing for 483 yards and 6 TDs. Fellow senior Larry Callaway ran for 600 yards and 11 TDs last year and will take over the lead back role. On the outside, there is plenty of returning talent in leading receivers Hunter Ruokonen (382 yards, 5 TDs) and Nolan Labuda (199 yards, 8 TDs). Labuda stepped in at quarterback last year after Hartman’s injury, but should return to his more natural wide receiver role this year. Belle Vernon always puts out a stout defense and with a number of returning starters from 4A’s second-best unit last year, they should once again be great. The Leopards may also have the best kicker in the WPIAL in Cameron Guess who has offers from West Virginia and a few MAC schools. Belle Vernon has the talent to compete with Thomas Jefferson and South Fayette at the top of the classification. 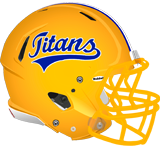 The Titans have made 9 straight playoff appearances and came within 2 points of their second semifinal appearance in 3 years. West Mifflin saw their top skill position players all graduate and will have to break in new starters across the board. The Titans will have a new man at the helm this season after hiring Steel Valley coach Ron Steele who won two WPIAL titles in the last 3 years for the Ironmen. Jaylen Dukes threw a handful of passes in backup duty last season and may take over the starting role. West Mifflin’s top 4 rushers all graduated, but with a rising senior class of 16 players they should be able to fill the necessary gaps. Learonday Wilder and Jacob Davis both averaged 14 yards per carry in very limited work last year. The variable for the Titans this season is whether junior DE and Pitt-commit Nahki Johnson will be allowed to play after transferring from Steel Valley. The WPIAL deemed Johnson ineligible but their decision is under appeal to the PIAA. 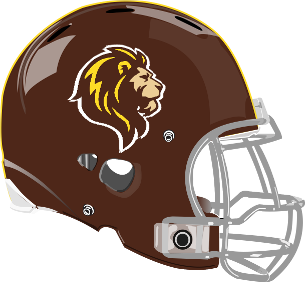 Last year the Lions defeated Indiana in a Week 9 Casket Match to earn their first playoff appearance since 2011. Dual-threat QB Trent Patrick returns for his senior season after throwing for 970 yards and 11 TDs and rushing for 407 yards and 8 TDs. Leading rusher Aaren Putt (628 yards, 4 TDs) also returns for his senior year. Greensburg Salem lost their top two receivers to graduation but return TE Ryan Thomas (185 yards, 2 TDs) and offensive weapon Jalen Page who had 118 receiving yards, 186 rushing yards and scored 4 times. If the Lions are able to shore up a defense that allowed over 30 points per game last year, they will once again be right in the thick of the playoff race in the Big Eight Conference. 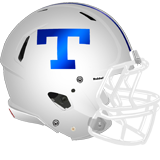 The Hillers had a mostly forgettable season, struggling on both sides of the ball with the second-lowest scoring offense (16 points per game) in the conference and a defense that allowed over 35 points per game. The good news for Trinity is that a number of young players saw significant playing time which should provide a good foundation for the future. Leading rusher Micah Finley scored 4 TDs last year as a sophomore. Leading receiver Marquese Lacks will be a senior and scored 3 TDs last season. 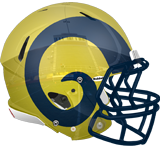 Former Aliquippa coach Mike Zmijanac took the reigns at Ringgold last year after 21 seniors graduated the year prior. It was a massive rebuilding season for Ringgold who went winless and scored just 26 points the whole season and allowed 51 points per game. Zmijanac resigned after the season, citing a desire to be closer to his home due to family needs. Ringgold hired Darwin Manges as their new head coach, a Ringgold alum who was a member of the 1982 Quad-A Championship team and quarterbacked the 1984 team to a conference title. Manges will have 13 rising seniors on this year’s squad and be able to build on the experienced underclassmen who saw playing time last year. Sophomore RB Tyler Buzalka was the only player to score more than once last season. 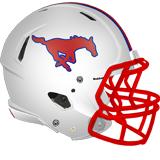 The Mustangs got off to a solid 2-1 start and looked poised to make a run at a playoff spot, but won just 1 game the rest of the season and fell out of contention. Laurel Highlands will need to find a new man under center this season, but they will have the advantage of getting their top two receivers back in Daniel Izzi and Tyler Christopher. Rising senior Robbie Sleighter scored 4 TDs last year and may be in line to step in to the quarterback role as a dual-threat player. 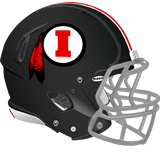 The Little Indians narrowly defeated Trinity in Week 5 then topped Laurel Highlands in Week 8 which put them in position to play a win-and-get-in game against Greensburg Salem in Week 9. Indiana has not been to the playoffs since 2014 after coming up short against Greensburg Salem. Their top returning player is Malik Turner who led the team with 434 receiving yards and added 214 rushing yards and scored 5 times. Indiana graduated 14 seniors from a team that had just 35 players on their roster last season, one of the lowest turnout numbers for a 4A team.