Nothing is perfect. Most of us have lived long enough to realize that if we look hard enough we can find flaws with anything. When it comes to something like testing for COVID-19 however, I would think perfection would be as expected as it ever could be. But it’s not and it affected the Pittsburgh Steelers this past weekend. Per Adam Schefter and many others, the lab from New Jersey that also screwed up Detroit QB Matthew Stafford’s diagnosis, messed up on six different Steelers’ players. These are commonly known as “false positives” and now imagine you’re one of the players involved in this. Six different players that were held out of practice are now able to get back in action which is good. But every snap counts when it comes to some of these guys earning roster spots. We should probably be thankful this error wasn’t in the reverse or else we’d have much bigger issues.

Steelers' DB coach on Cam Sutton: "He's like putty, we can put him anywhere."

I shared some thoughts on potential questions facing the Steelers after one full week of actual “Training Camp.” Some other interesting tidbits include the use of Mike Hilton at Free Safety and Marcus Allen in a linebacker role.

Despite the good Camp so far for Ulysees Gilbert, the Steelers are still looking for a hammer to use at times at linebacker. Marcus Allen, who as far as I’m concerned is on his last chance, looked good coming downhill from a linebacker position. He will still have to show he can do other things because teams will adjust if that’s all he’s doing but if Keith Butler can utilize him then so be it.

As far as Hilton, we’ve always viewed him as a “really good in small spaces” type of guy. If Tom Bradley, Teryl Austin and Butler are committed to using him deep then I’m curious to see how. His long speed isn’t all that impressive so will they trust him to play centerfield? Will he be used more in man to man situations? Of course they could be just experimenting too so I’m not going to get too carried away just yet.

What is going on with Earl Thomas? Soon after punching teammate Chuck Clark Friday in practice he was released by Baltimore. Thomas has a history of having a “bit of an attitude” but I have to really question this guy. There are far worse places to be from an organizational standpoint than Baltimore so why act this way? Well, ESPN Ravens’ beat writer Jamison Hensley issued an article this morning that lays out a history of issues the team has had with Thomas. Maybe this shouldn’t be all that surprising. 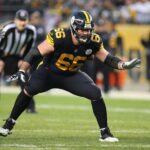 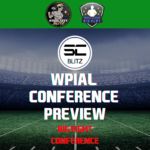