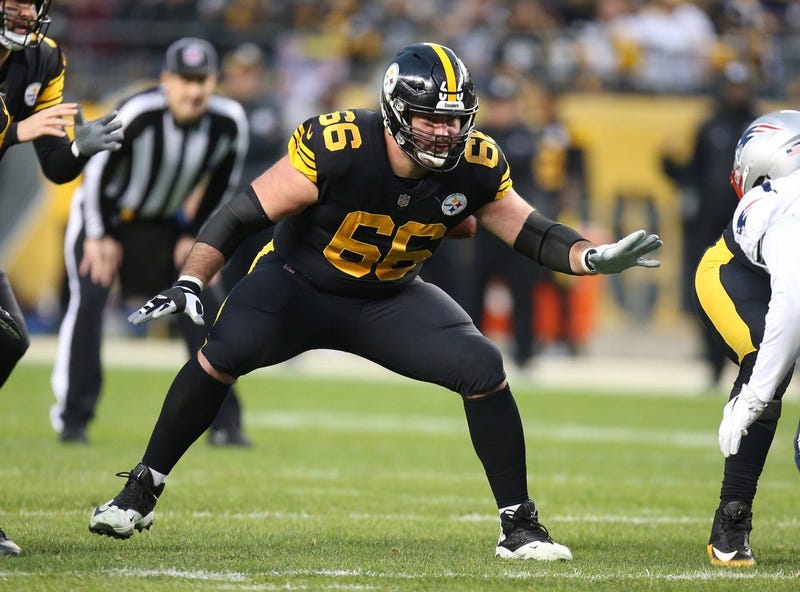 The first week of the Pittsburgh Steelers “official” Training Camp is over and I say “official” because this particular season always seems to need that identifier before it. Such is the weird world we are in while living through a pandemic. That said, the Steelers took to the Heinz Field turf Saturday night in full uniforms to put an exclamation point on the end of a fairly positive first week of Camp. As is the case at this juncture in any season, there are questions so let’s get to them.

The All-Pro Right Guard has practiced little through the first week. We are told he’s dealing with something – lower body perhaps – yet no one seems to be overly worried so I’m not going to be. Yet… When the Steelers introduced their starting lineup last evening, J.C. Hassenauer was listed as the starting right guard.

We must also consider that Maurkice Pouncey was away tending to a family issue so that meant Stefen Wisniewski was playing center. Would Hassenauer still be DeCastro’s replacement should this injury linger into the season? I have to believe that answer is “no.” Wisniewski would more than likely move over to right guard with Pouncey returning to center. This does not however eliminate the concern over DeCastro.

Where are We With Right Tackle?

If you’re familiar with The Ryder Cup then you’ll see where I’m going. This is the bi-annual event that pits the America side versus a European side in golf. If the side that has the Cup wins or ties, then they retain the Cup. Right now Chuks Okorafor is the side with the Cup. The only way he will lose the right tackle job is if he flat-out loses it. If both sides are so close it’s a virtual tie then Okorafor would get the nod.

Why? Because the tea leaves reveal much in this battle. First, the Steelers have far more invested in Okorafor (a former third round pick), than they do Banner. But also consider that throughout the first week Okorafor has seen more in the way of reps than has Banner. Mike Tomlin told us “Not to count reps” in this battle but they’re hard to ignore. Banner has also seen a lot of time in his famous “eligible” role to boot.

With Alejandro Villanueva in the final year of his contract and in his early 30’s, the Steelers master plan would be to see Chuks take right tackle this year and then left tackle in 2021 but they aren’t going to just hand him that critical spot either. If neither he nor Banner can get the job done at right tackle then the Steelers will be in the market for that position in the Draft and free agency next year. For now, this job is Okorafor’s to lose.

What’s With All the Tight Ends?

First the Steelers’ signed Dax Raymond. Then he was waived/injury designated and Kyle Markway was brought in. He joins Eric Ebron, Vance McDonald, Zach Gentry and Kevin Rader. To be honest this is nothing to get overly excited about because Markway and Rader are likely gone when the final roster is announced.

Here’s the thing however… Despite the Steelers spending a fifth round pick on Gentry, he’s in some trouble as far as a roster spot. By all accounts his overall play from his rookie campaign really hasn’t improved all that much. As a third tight end, your ability to block well is the most coveted asset you can provide and right now Gentry is in a fight for his job with two guys that know this. I’m less confident in Gentry staying on than I was a month ago I can tell you that.

So How About That Linebacker Depth?

To this point, and I stress “to this point” because we are only a week into this, Ulysees Gilbert is doing exactly what the Steelers hoped he would do. He’s performing well enough that the Steelers don’t feel any urgency to go out find someone on the market or through a trade.

This is not to suggest that he would immediately step in for Vince Williams or Devin Bush for any extended period of time but if he can be that ‘dime’ backer the defense loves or be a guy that can step in for brief periods of time when needed then this will fill a massive void the team has been concerned about in recent weeks.

Something to Keep an Eye On…

Steelers’ long snapper Kam Canaday has a knee injury but the severity of it isn’t yet known. Those of you who remember (causing nausea) when James Harrison had to long snap due to an injury to Greg Warren will now just how vital a replacement is. Tomlin has stated in the past that Maurice Pouncey and Vance McDonald are the likely candidates. If this were an injury that were to keep Canaday down for an extended period of time then I do believe the Steelers would bring someone else in.