The Pittsburgh Steelers moved to 2-0 on the season with a 26-21 win over a banged up Denver Broncos’ team that didn’t quit until the very end. What did we think of the home opening victory? Let’s get to it.

-The Steelers defense recorded seven sacks on Sunday, 2.5 of those came from T.J. Watt. One of those sacks also resulted in Denver QB Drew Lock having to leave the game with a shoulder injury.

-The tape will certainly reveal more but I thought both Kevin Dotson and Chuks Okorafor acquitted themselves well. Denver clearly targeted that side of the line but they held their own for the most part. Were there some hiccups? Absolutely but that was expected.

-While Terrell Edmunds made the play, credit Keith Butler for the call on fourth and two that killed Denver’s chances. Should the back have picked up Edmunds? I would think so but that’s why you bring pressure. Confusion sometimes is as good as a sack.

-I think Javon Hargrave was a big loss for the Steelers this past offseason but Tyson Alualu has been outstanding. I would go even further to say he’s been better.

-JuJu Smith-Schuster, who had already seen Diontae Johnson and Chase Claypool get TDs on the day, was still busting his ass by blocking downfield on Conner’s decisive run. But hey, some will just keep on ripping him because he’s on social media “too much.”

-As well officiated as I thought the first game was there were definitely some questionable calls and non-calls. The “blocking in the back” penalty on Diontae Johnson’s punt return touchdown was atrocious.

-Teams that scheme their offenses to throw to running backs and tight ends on early downs are finding success. For as wonderful as Devin Bush is he struggles with athletic tight ends. Vince Williams is one of my favorite players but his limitations in coverage were apparent yesterday.

-Credit the Broncos with their running game plan early. Melvin Gordon was getting yards on cutbacks, taking advantage of the Steelers aggressiveness. But… credit the Steelers for adjusting and limiting Gordon as the game went on.

-Big plays were a problem yesterday. I counted at least ten times where the Broncos picked up 15 yards or more.

-Ulysees Gilbert has been inactive for the first two games and I’m very curious as to why. Seems to me he’d be a great asset as a dime backer and on special teams but there’s clearly something I’m missing.

-Mike Tomlin’s challenge was not a good idea in my opinion and here’s why. There were really no definitive angles that proved Noah Fant’s foot was in or out but more than that, Tomlin was already down to two timeouts. Losing the challenge meant one remaining. This became a moot point for sure but I still have to wonder if Tomlin was challenging the foot or did he think Fant didn’t have control?

On to the Texans! 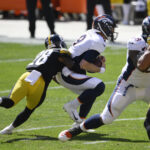 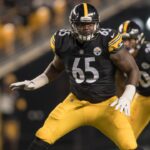 2-0 Is great but how will we play against better teams?? Conners stat line looks good but he’s not really playing that well. Our defense and Ben’s play should continue to improve. I liked Claypool before the draft and he’s playing very well. D. Johnson is also a great young receiver. I see us at 7-3 after 10 games after that it’s anybodies horse race. GO STEELERS!!!!