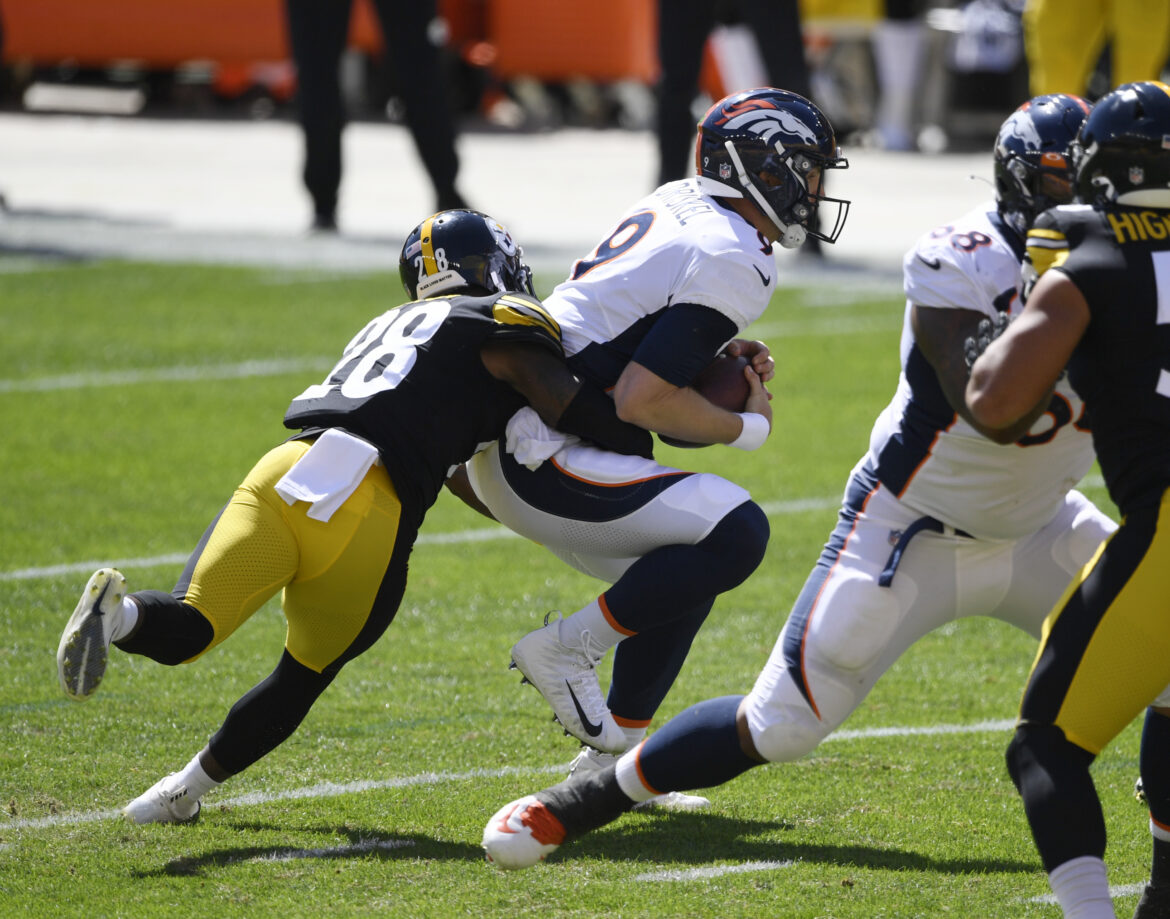 The Pittsburgh Steelers moved to 2-0 on the 2020 season with a 26-21 home opening win over the Denver Broncos. It seemed as though the game were never in doubt until the fourth quarter when there were several moments of trepidation for the Black and Gold Faithful. The Steelers survived the Broncos late when Terrell Edmunds sacked Jeff Driskel on fourth and two and then James Conner salted it away with a 59-yard scamper to eventually kill the clock.

Let us all rejoice in the fact that the Steelers are 2-0 and are even atop the AFC North with Baltimore who defeated the Steelers’ next opponent Houston today in the Lone Star State. What cannot go unsaid however is that the this start is not without its’ warts.

The Steelers were quite the undisciplined bunch today being nailed for 10 penalties and 89 yards. There were certainly a couple of questionable calls but the more alarming thing here is that five of the penalties happened on third down giving the Broncos first and tens. In most cases, coaches will tolerate penalties of a physical nature, meaning penalties that happen during the play. Mental penalties are what drive coaches nuts.

The same could be said for shooting yourself in the foot as the Steelers did on their very first play when Ben Roethlisberger put the ball on the ground immediately putting the team in second and long. Benny Snell also fumbled for the second consecutive week as well. Those types of situations seemed to haunt the Steelers often.

Credit where credit is due though because I honestly don’t believe Big Ben is 100% himself and yet the team has not lost. I think his stride is still coming despite some already positive throws and plays with his feet. The defense bent several times to the Denver backup Driskel who played well in place of Drew Lock but the seven sacks were too much to overcome. T.J. Watt had 2.5 of those sacks as he spent a lot of his day in the Broncos’ backfield.

Covering tight ends and running backs is still a work in progress. Noah Fant and Melvin Gordon both had big plays that left the Steelers’ D frustrated and with more good tight ends coming the Steelers have to clean this up. Ultimately the biggest play of the day was Edmunds’ huge play to sack Driskel.

The Steelers’ receiving corps had a great day of sharing as Diontae Johnson, Chase Claypool, JuJu Smith-Schuster and Eric Ebron all had multiple catches. Johnson and Claypool each had touchdown receptions. The first, which went for 84 yards to Claypool moved Roethlisberger into seventh all-time in career TD passes.

Not team has faced a more daunting schedule than has the Houston Texans who come to Pittsburgh next week. the Texans lost to Kansas City on opening night, Baltimore today and now have to face the Steelers. Like today, this will not be an easy out for the Steelers who will take the 2-0 start and that’s all that matters. 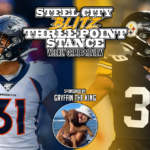