At some point, we all knew Ben Roethlisberger was going to weigh in on the team’s selection of Oklahoma State Quarterback Mason Rudolph. Like many of you, Roethlisberger has likely seen many of the stories about how “Rudolph is to be his successor” and/or “Rudolph will be the number two by the beginning of the season.” I grew so tired of the hyperbole I wrote this last night. There is an unusual sense by many Steelers’ fans that Roethlisberger will gleefully become Rudolph’s mentor. While I don’t see Big Ben ignoring the rookie I don’t see him going out of his way to “teach him” as many are suggesting. At this point in his career, Roethlisberger is trying get every last bit out of himself. He told the Post-Gazette “If he’s going to be their guy, that’s great, but in my perfect world it’s not going to be for a while.” He went on to say, “I went and talked to Art (Rooney II) and coach (Mike Tomlin) and coach Randy (Fichtner) and basically said, listen, I can’t control — barring major injuries, barring things at home, and things out of your control — the way my body feels,” Roethlisberger told the Post-Gazette. “The way our O-line is put together, as good as they are, they kept me healthy as can be the last couple of years. I really feel I can play this game another three to five years.” In other words, if he has it his way, Ben isn’t going anywhere for awhile and he isn’t riding off into the sunset as anyone’s mentor. (quotes courtesy post-gazette.com)

I heard a lot of talk today on sports talk about eliminating the kickoff in the #nfl due to big guys and concussions. They really need to be looking at these senseless hits that take place in the #nhl. #LetsGoPens

Something that we all have to keep in mind is that great athletes don’t always make great football players. The Steelers have definitely targeted young, athletic guys in recent years and have done so again. For every one that is a success, there are just as many failures. Basically, a great SPARQ score or RAS score is great but it’s only part of the equation in what makes a great football player.

The Steel City Blitz Podcast presented by 26shirts.com/Pittsburgh will record tonight. We’ll wrap up the Draft and look ahead to many of the questions facing the team over the summer.

You may have seen more of Le’Veon Bell’s “woe is me” tweets and instagram posts this week. I don’t think he understands that he’s not going to get a lot of sympathy – even with folks who believe he’s worth every penny. My advice – which is worth pretty much nothing – is to stop going to the court of public opinion. It’s never going to be in his favor. 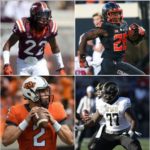 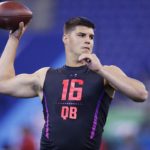