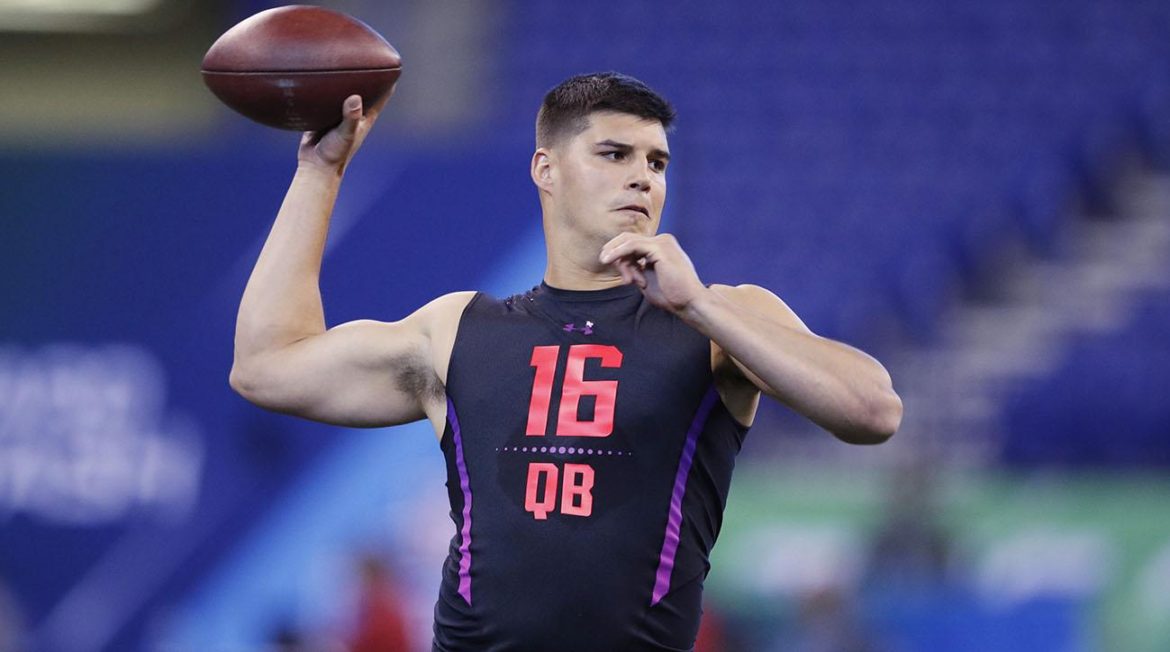 Over the last several days I’ve found myself saying this a lot… “I understand why they drafted Mason Rudolph, but that doesn’t mean I liked the pick.” Personally I would have tried to find an inside linebacker but like I said, I understand Kevin Colbert’s decision to draft Rudolph. It was great value at a low price.

There are two things I’m starting to understand even less. One is the rush to anoint Rudolph Ben Roethlisberger’s successor. The other is to already be claiming he’ll be the number two quarterback by the time the season starts. There is a reason the Steelers gave Landry Jones a second contract; he knew the offense and proved that he could win a game or two should he have to spell Roethlisberger. Is he Big Ben’s “heir apparent?” No, but I also recall him being considered that when he was drafted.

Let’s go back before we move forward. Here are the college stats of both Rudolph and Jones.

Each player can claim the upper hand depending upon the category but there’s also things to consider like quality of teammates, opponents and offensive scheme. What is absolutely without argument is the fact that Jones has a tremendous advantage over Rudolph when it comes to experience. Jones has a 3-2 record as a starter and has played in 19 games. So what does that mean for Rudolph?

It means that not only will he have to out-perform Jones on the field physically but he’ll need to show he has command of the offense as well. You can’t just elevate him to the number two QB spot because popular opinion says that’s why they drafted him.

Many fans who’ve disagreed with me on Rudolph have said that Roethlisberger was in the same spot behind Tommy Maddox. Whoa. Take a breath here folks. These situations aren’t even remotely the same. Maddox was a stop-gap who had a career record of 15-16-1 for the Steelers. Had he not gone down with a season-ending injury early in the 2004 season, it was still expected that Roethlisberger was going to see time during that season. Furthermore, Big Ben was more than likely going to start in 2005 regardless.

No matter what my feelings about Rudolph are, he deserves an opportunity to learn the offense and then demonstrate his knowledge and ability. The presence of Jones should give him this time. He will not be under any time frame and there shouldn’t be any pressure. This obviously changes should something happen to Jones or Roethlisberger during Training Camp.

The outlier is Josh Dobbs. He was very average in his opportunities as a rookie last year in the preseason and despite him being an excellent young man, the ability just doesn’t appear to be there. Since there’s no way the Steelers are keeping four quarterbacks Dobbs is likely the candidate to be traded or released.

Before we make Mason Rudolph the back-up, the starter or the next Super Bowl winning Steelers’ QB, let’s give him an opportunity to show us what he can do. He’s already under enough pressure as it is.

[…] will be the number two by the beginning of the season.” I grew so tired of the hyperbole I wrote this last night. There is an unusual sense by many Steelers’ fans that Roethlisberger will gleefully become […]

I’m in no rush to anoint Mason Rudolph to the #2 position however I’d understand if he earns that position. Ben has been wishy washy on his commitment, first he says it’s year to year now it 3 more years and after him throwing 5 interceptions in meaningful games then losingvto The Jags in the playoffs people are wondering if this is the start of his decline like Eli Manning.
I hope Ben takes us back to the Super Bowl and We Win but if he doesn’t and he starts to decline furrher I don’t want them to hold onto him just because. They didn’t let Troy P stay an extra year and truthfully he left a year to late
That Just my thoughts.
I hope Ben plays out his contract at a high level because that would be Great for everyone.

I agree. Let them all compete to make them all better players Ben needs to grow up at 36 y/o and be a Team player He has threatened retirement and was stating year to year attitude. Now all of the sudden it’s 3 to 5 years. Let’s all just stay focused be positive and work towards another Super Bowl win for the trophy case. Thanks