The Pittsburgh Steelers come back to work this week finding themselves right in the thick of the AFC North race. In fact, on winning percentage they actually lead the division. Baltimore, Cleveland and Cincinnati all lost on Sunday while the Steelers enjoyed their bye week. With 10 games to go there are still a million scenarios left to play out but there is no reason Pittsburgh can’t win this division after a rocky start to the season.

I’ve been told this is the day that Le’Veon Bell has been targeting for his return. If that’s the case I expect a circus and that’s sad. The beat writers will be falling over themselves to get quotes and comments not only from Bell but also from other players. What they should in fact be doing is ignoring him but that isn’t what generates clicks. Either way, I’m not holding my breath on his return today.

Pro Football Focus has been singing the praises of Alejandro Villanueva lately and he’s done a very nice job in recent weeks. That can’t take away however an awful performance in the opener and more struggles against Baltimore. Again, take PFF for what it is.

Tweet of the Day… We’re looking forward to it!

See y’all in a week!!! pic.twitter.com/3y9diBFKJQ

Over the weekend, the NFL fined the Bengals’ Vontaze Burfict $112,000 for three different incidents in the Steelers’ win over Cincinnati. I don’t think anyone who wears the Black and Gold is celebrating. Fines and short suspensions have done nothing in the past to curtail his behavior so why would this suddenly do anything different? Until he’s kicked out of the NFL this crap will continue.

Bengals’ fans by the way have taken to gofundme to help raise money for Burfict. At last check it was still under $10. I’m not kidding either.

Looks like some controversy brewing in Cleveland as Hue Jackson made some postgame comments about the offense and how he’ll be more involved going forward. Todd Haley just brings this crap everywhere he goes doesn’t he?

The bye week always creates question marks about the next game. Will the team be fresh? Will they be stale and out of sync? There’s a nice mix of veterans and young guys on this squad so I see no reason why this team isn’t ready to play Sunday. Throw in the fact it’s a division rivalry and I’m not taking any excuses for a sub-par performance.

Kind of weird but usually when we play the Browns for the second time each season Ben Roethlisberger is usually giving way to Landry Jones in what amounts to a meaningless game. My how things have changed.

Cnic took a bye week look at the upcoming draft. These are some guys you’ll want to pay attention to during the college football season. 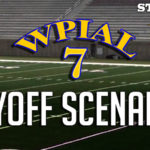 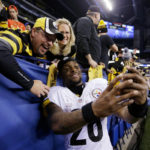