Draft Prospects Steelers Fans Need to be Familiar with 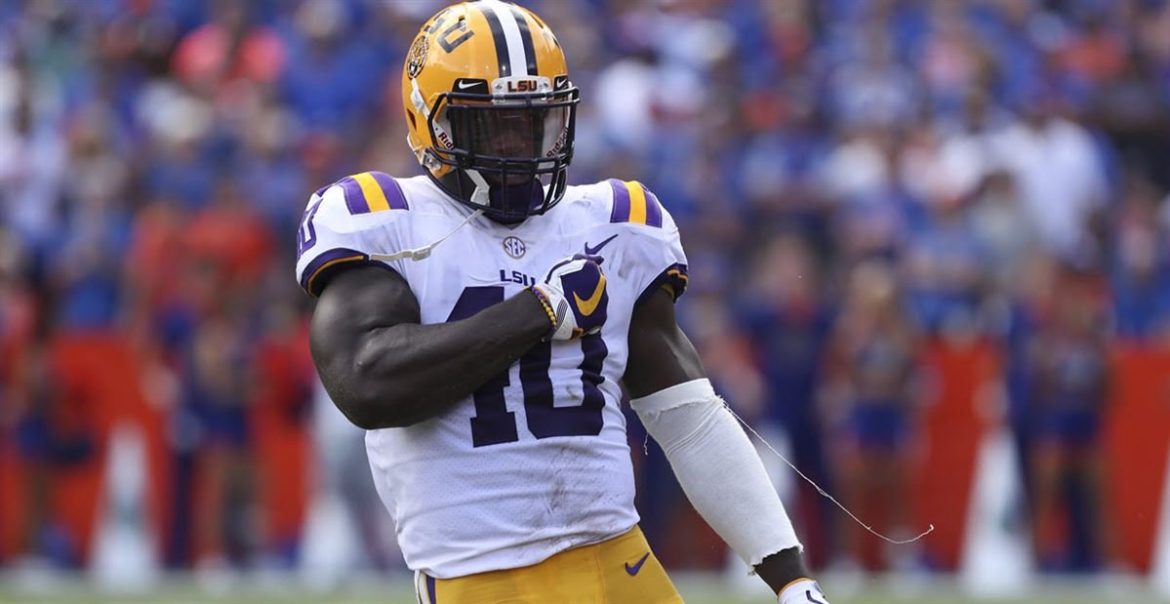 It is week seven, and the Pittsburgh Steelers are on their BYE week. This means as Steelers fans, we don’t know what to do with ourselves or look forward to. I thought it would be cool to familiarize the Pittsburgh Steelers fan base with some names that the Steelers may be interested in early on in the 2019 NFL Draft. There is still collegiate football left to be played, free agency and other factors that go into place, but the Steelers needs are pretty apparent.

Inside and outside linebacker and cornerback lead the way with Ryan Shazier’s Mack linebacker spot still not filled with an acceptable suitor. Kevin Colbert simply put a bandage on a bullet hole in hopes it would stop the bleeding. At outside linebacker, Bud Dupree has been a disappointment thus far in his career, but is having a decent 2018 campaign. The Steelers exercised his fifth year option, which costs the team $9.232 million to pay him for his services in 2019. Is he worth that much money? I don’t think so. The Steelers should pull the option, but there is not viable depth behind him with Anthony Chickillo being abysmal on defense and the pairing of Olasunkanmi ‘Ola’ Adeniyi and Keion Adams being raw and unproven. As far as cornerback goes, the Steelers have a stud in Joe Haden, but he is an aging player with injury concerns and the Steelers could save $10 million from cutting him. The Steelers will have to decide on exercising the fifth year option on Artie Burns, but only a fool would do so. Burns has been absolutely atrocious on defense and is a liability. He must be replaced, and I am not concerned his replacement is currently on this roster.

Quarterback – The Steelers are not in a position to draft a quarterback. Not a need.

Running Back – James Conner may have done enough to sway Colbert and Tomlin to stick with him when Le’Veon Bell departs.

Wide Receiver – This group is top heavy, but a bolster of talent is needed at the tail end. Not an early need.

Tight End – If the Steelers decide to move on from Vance McDonald, a tight end will be in play.

Offensive Line – The offensive line will need revamped sooner than later. 2019 is Marcus Gilbert’s last year of his deal and 2018 is the last year of Ramon Foster’s.

Defensive Line – This unit as a whole has underperformed but are tied to their defensive ends.

Outside Linebacker – With a lack of talent and depth, this position needs new blood. Dupree shouldn’t be on the roster in 2019.

Inside Linebacker – Still seeking an inside linebacker to fill Ryan Shazier’s shoes.

Cornerback – Haden is an aging player with injury concerns, while Artie Burns shouldn’t be on the field.

Safety – Sean Davis has filled in nicely at free safety and Terrell Edmunds is the (near) future at strong safety. Only an elite safety should be in consideration early. It’s crazy how closely i always seem to be looking at the same guys as yinz. Let me add a few ideas, Allen’s teammate Jordan Jones is just as good and can play both spots as well. And Jermaine Pratt from N.C.State is in the same class. Beside that my wish list looks just like yours. You must spend a much of time studying this stuff. good job

[…] Cnic took a bye week look at the upcoming draft. These are some guys you’ll want to pay attention to during the college football season. […]