There is little that could soothe the still hurt feelings we fans have over our team’s early playoff exit but like a bolt out of the blue, small glimmer has appeared. The most hated man (as of today) by Steelers’ fans is now on Twitter! The NFL’s Vice-President of Officiating Al Riveron is now on Twitter and is available for your most creative and hate-filled tweets! Riveron of course took the brunt of Steelers’ Fans’ outrage following the overturning of Jesse James’ touchdown against New England in December. You can follow or just blitz him with your venom @alriveron. Normally I would tell you to behave and act appropriately. Not in this case. Let him have it Steeler Nation!

We’ve officially reached the part of the pre-draft process where players are just “too good of a fit not to play with the Steelers.” The player in question is Boise State linebacker Leighton Vander Esch and you can see the player profile Cnic did of him by clicking on the link. He’s a terrific player and fits an area of need but it is way too early to start suggesting anyone is “perfect” for said team.

Tweet of the Day… If you don’t know what Fortnite is ask your children.

JETPACKS COMING TO FORTNITE ?? ITS LIT ??

There will be two podcasts this week. Tonight will feature Ian as he looks ahead to the NCAA Conference Tournaments. Wednesday night will be our usual Steelers’ show where the NFL Combine is going to be a major topic among many other things.

It has now been one full week since the Steelers were eligible to tag Le’Veon Bell. There has been nary a word from either side. In my book, silence is usually a good sign. I’m not holding my breath however. 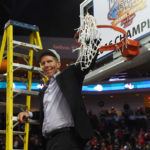 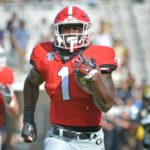