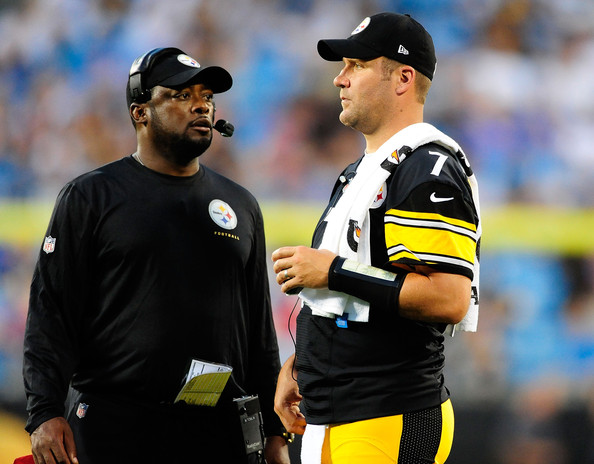 The Steelers will practice today from 1pm to 3pm Eastern as they prepare for the Cleveland Browns on Sunday.

-Remember when CBS announced that their top television crew of Jim Nantz and Phil Simms would be doing the Steelers-Browns game this Sunday? Apparently CBS had a change of heart after Brian Hoyer was named the starter over Johnny Manziel. The team of Ian Eagle and Dan Fouts will now call the game. Pretty damn sad that a rookie would control that type of decision.

-The Steelers have won 10 straight at Heinz Field against the Browns.

-Mike Tomlin is 12-2 against the Steelers and has yet to lose at home to them.

-With a victory, Ben Roethlisberger would move to 40-12 against AFC North opponents.

-I’m guessing you’ve heard about Penguins’ star Sidney Crosby being arrested in Ottawa even though he wasn’t in Ottawa… Ben Roethlisberger asked about it. “People can make up what they want, say whatever they want, and it’s unfortunate. That’s why I don’t tweet or Facebook or all that other stuff.”

-Sean Spence, Greg Warren and Matt Spaeth were a full ‘go’ at Practice yesterday. Martavis Bryant and Lance Moore did not practice and it looks very much like Bryant will not play on Sunday.

-I’ve seen a lot of talk about the Steelers getting out to a good staff with a relatively weak schedule. My feeling is that it doesn’t matter who is on the schedule, this team needs a fast start period. 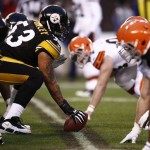