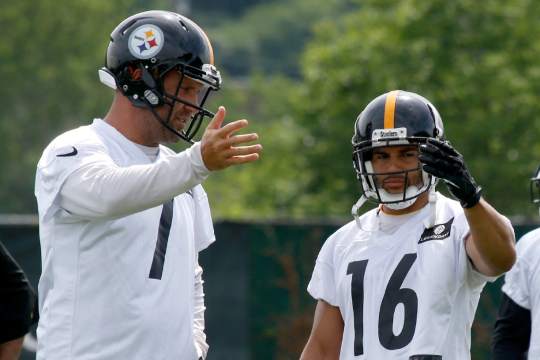 The Steelers will practice today from 115pm-315pm ET today.

-Comments on the Mike Tomlin presser from yesterday… Not sure how a veteran like Lance Moore has to “earn his way back into the rotation.” Sounds like there is more to this story to me… I’ve seen a lot people chastising Tomlin for the way he spoke about James Harrison and his wife related to their domestic violence issue in 2008 when he referred to Harrion’s wife as “his lady.” I admit it didn’t sound right, but I don’t know the relationship between Tomlin and Harrison anymore than you do. Not going to judge here.

-Looks as though Ike Taylor may not be done for the season. Could be six weeks, but not the whole season after that ugly broken arm Sunday night.

-Tomlin said that Ryan Shazier looks on target for a return next Sunday in Jacksonville. I’m cautiously optimistic on that. MCL sprains are not always that easy.

-As for Jarvis Jones, it looks like a potential return in time for the New Orleans game.

-Arthur Moats will get the start on Sunday but Harrison will play. How much will be determined by his stamina. I think ultimately Harrison will see 30-35 snaps a game.

-The Steelers have never lost to Tampa Bay at home going 3-0 since the Bucs entered the league in 1976.

-Pittsburgh is currently 9-1 against the NFC at Heinz Field dating back to 2009.

-This is a big game for a couple of reasons and one of those deals with expectations. While watching the Steelers trample the Panthers with the ground game Sunday night was great, expecting that to happen every week would be foolish.

-Cam Thomas saw snaps 37 times on Sunday while rookie Stephon Tuitt saw just nine. Thomas isn’t that much better than Tuitt is he?

-Cincinnati and Cleveland are both on byes this week while Baltimore hosts Carolina.

Voice of the Fan Poll: How does the return of Harrison affect the Steelers defense?