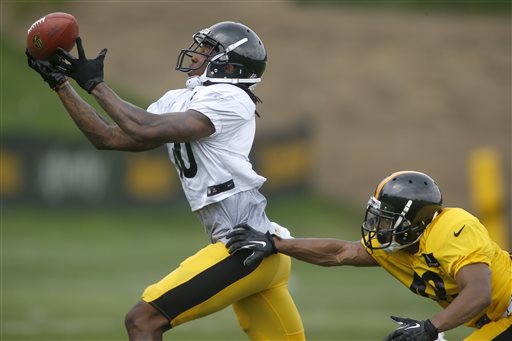 The Steelers will practice today from 115-315pm ET today.

-Two things lost in the hoopla surrounding the victory Sunday were to game management issues. The first was the Steelers letting nearly 30 seconds run off the clock before Ben Roethlisberger hit Le’Veon Bell for a touchdown just before halftime. Obviously it worked out, but had the Steelers struggled to get in and had to settle for a field goal this would be a major topic of conversation.

-The other issue was Mike Tomlin choosing not to go for it on fourth and inches in the third quarter inside Houston territory. Now the Texans didn’t score off of that eventual decision to punt but they did flip the field. Tomlin could have gone for the throat there and didn’t. I don’t like the lack of aggressiveness there.

-Sunday will be Ben Roethlibserger’s 150th career start. A victory would give him a career record of 100-50.

-As great as Martavis Bryant’s touchdown catch was what may be more important is the fact that teams now have to respect his ability to get deep. That play, along with another deep throw attempt took the top off of the Houston defense. I expect to see Bryant run the fly and the post early in Sunday’s game.

-After watching a good number of Le’Veon Bell’s games in college, I thought he could be a “nice” NFL running back. But I never saw this coming. His blend of patience, speed, quickness and power is just incredible as is his ability to catch the ball.

-I think, and I stress “think” Ryan Shazier will play this week. From what I’ve gathered, the team has been extra-cautious with him and he might have been able to play last week but they chose not to.

-I think it spoke volumes of how much, or how little, faith Dick LeBeau and Mike Tomlin have in Cam Thomas when the defense that started was the nickel with just two defensive linemen and neither were Thomas.

-Cortez Allen still played over 40 snaps. He was still bad too.

-Dri Archer is just not a return guy at the NFL level. He slows down way too much at times when he should be gathering speed and this makes him even easier to tackle.

-Was Sunday the moment of awakening for Jason Worilds? I sure hope so. He had his best game of the year despite missing an easy sack on Houston’s first drive.

-Ross Ventrone has been a beast on special teams since joining the team from the practice squad, but what happens to him when Shamarko Thomas is healthy? 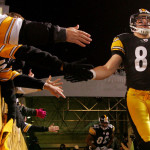