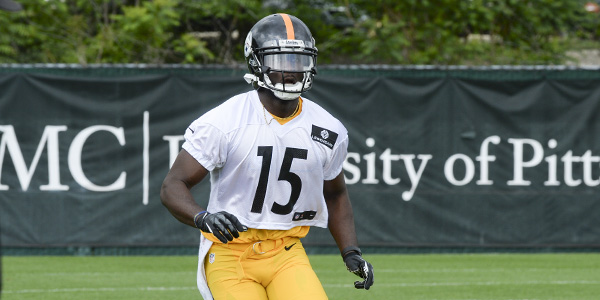 98 more days until our Pittsburgh Steelers kick-off the 2015 NFL Season in New England.

As OTAs resumed yesterday the Steelers tinkered with newly signed wide receiver/quarterback Devin Gardner at the QB position. On the surface, my first thought was “why?” But if they are going to do it all, this would be the time rather than during training camp. If this is being done to allow him to compete with Landry Jones and Tajh Boyd for the 3rd QB spot then I’m good with that. If it’s to create a package where Ben Roethlisberger comes off the field then I’m out.

Steelers linebacker Ryan Shazier admitted yesterday that his rookie season was a bit of a “disappointment.” While I don’t disagree, there isn’t much that can be done if you’re injured like he was. Let’s hope he stays healthy and becomes the great player I believe he can be.

Ike Taylor drops by for the Tweet of the Day….

I see two guys named CAM from the NFC SOUTH got PAID today…might name my next son CAM…?…

I mentioned this yesterday but wanted to clarify a bit… Senquez Golson is doing great things so far in OTAs but he’s been playing mainly in the slot so far.

Shameless plug but if you haven’t already done so, give us a “like” at www.facebook.com/steelcityblitz.

Catch the latest SCB articles from Chris on Jarvis Jones and myself on Will Allen’s fate.

I think one thing we need to be really careful with is the expectation for Martavis Bryant. Once he jumped in for the final 11 games, he racked up nine touchdown passes which is incredible. Don’t be surprised if that number comes down a bit because he isn’t going to sneak up on any defense in 2015.

Remember when Alan Faneca finally retired and dropped a ton of weight? First thing people said was ” Not surprised now that he’s no longer on ‘roids.” Faneca is far from the only former offensive lineman to drop significant weight following his career. We’ve seen Jeff Saturday, Mark Schlereth and Nick Hardwick do the same. How they did it had nothing to do with steroids or other PEDs being out of their systems. It had to do with a complete change of diet and increase in cardio-type workouts. Some of these guys went from over 10,000 calories a day to 3,000 or less. That’s pretty amazing. 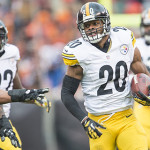