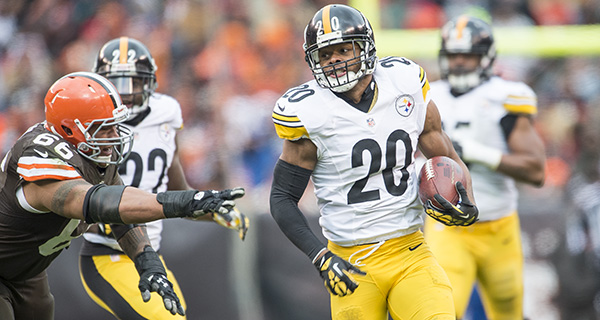 People often assume because you don’t like a move a team makes with a player that “you must have a bias against said player.” Such was the case when I wrote that I wasn’t crazy about the Steelers bringing veteran Will Allen back this past winter.

Allen’s a great guy from what I’ve been told. Works hard, active in the community and does the things you want to see from a veteran player. My argument however was that I was just ready to begin the youth movement.

Yes, I concede it’s nice to have those experienced vets in the secondary but Allen, who is entering his 12th season, isn’t exactly going to scare anyone from his safety position with his speed or ball-hawking skills.

Now comes word that Allen’s position on the Steelers’ 53-man roster might not be as concrete as I or some others may have thought. I’ve been told the team is thrilled with Gerod Holliman and think he’ll be one of the steals of the 2015 Draft.

The problem with Holliman is that he isn’t a good tackler and that’s being nice. A strong safety must be able to tackle whether it’s in the open field or near the line of scrimmage. But Allen’s fortunes aren’t just resting on Holliman who projects more as a free safety anyway.

First and foremost is Shamarko Thomas whose job this is to lose. Allen sung Thomas’ praises last week and with good reason. Thomas has been flying around the field at OTAs and looks to be healthier than ever.

Another guy competing for a spot is Isaiah Lewis who played in college at Michigan State. He comes in as a free agent this year but has a solid pedigree. He’s an aggressive and solid run-stopper who is very athletic and smart.

The knock on him is that he struggles in man-to-man coverage but that hasn’t stopped other Steelers’ strong safeties now has it? Lewis would also be a welcome addition to the special teams’ units as well.

A potential “wild-card” to take Allen’s spot could be former Canadian Football league player Ian Wild. At 6′ 0″ 205 lbs, Wild will transition from his outside linebacker spot to strong safety for the Steelers. In the CFL, his position was considered an ‘OLB’ but is much more like an NFL strong safety.

He spent a good deal of time in coverage and proved he was an effective tackler which is clearly why the Steelers signed him this past offseason. He would be a very solid special teamer too.

If Thomas rises to the occasion as most of us expect he will, then that will open at least a spot or two behind him. We know Mike Tomlin likes veteran players but if one of these new, young guys can prove himself then Will Allen’s days might be numbered. 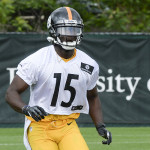 […] Catch the latest SCB articles from Chris on Jarvis Jones and myself on Will Allen’s fate. […]