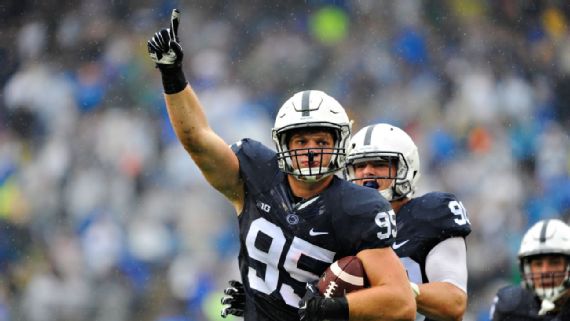 Yesterday the quarterbacks, tight ends and wide receivers took to the Lucas Oil Stadium turf to show off their talents. In case you were on Mars recently, the Steelers were obviously paying close attention to the tight end position.

Get your own “Heeeaaath” t-shirt right here from Steel City Blitz!

Courtesy walterfootball.com, the Steelers tacked on two more prospect interviews. Penn State defensive end Carl Nassib and Louisiana Tech defensive lineman Vernon Butler both spent time with Steelers’ brass. Neither should come as a surprise seeing as the Steelers are desperate for depth on the defensive front.

The Steelers are also lining up Duke Safety Jeremy Cash for an interview. This is a sign they want and need to get better at the safety position. He’s a guy that plays near the line of scrimmage a lot too.

Arkansas’ Tight End Hunter Henry didn’t participate in any of the key drills yesterday which makes his pro day that much more important. South Carolina’s Jerrell Adams had the most consistent day or tight ends and Ohio State’s Nick Vannett was “OK” but nothing extraordinary. One guy I’m curious about is Harvard’s Ben Braunecker. Keep an eye on him.

A cornerback that both Chris and I really like is William Jackson III of Houston and he had a funny moment yesterday when he said, “I was a knucklehead in high school.” It’s OK William, we all were to one extent or another.

La Tech’s Butler had this to say when asked about what he knew about the school when he came there.  “I already knew about Terry Bradshaw. I didn’t know about Willie Roaf or Fred Dean.” (h/t NFL.com)

Have a great Sunday Steeler Nation! 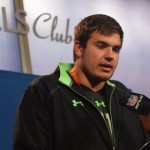 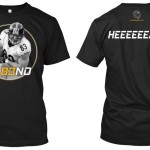