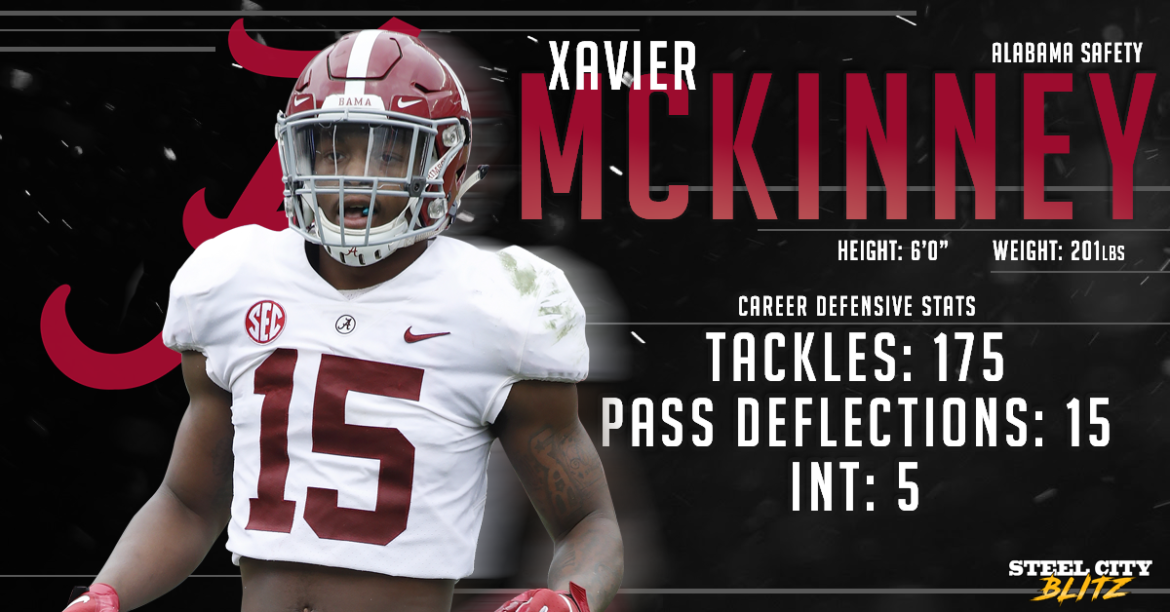 Former four-star recruit out of Roswell, GA where he was tabbed as a top-10 safety by all major recruiting outlets. Was relegated to special teams duties as a Freshman. Won the starting safety job as a Sophomore and was named Defensive MVP in the Orange Bowl. The AP and PFF named McKinney third team All-America at safety. Was also named to the Jim Thorpe Award Watch List which goes to the nation’s top defensive back.

Versatility-
Lined up everywhere in the Alabama secondary. Was tasked with playing split safety and occasionally as a single high defender. Spent time in the box as a sub linebacker. Was trusted to play man to man coverage against tight ends or slot receivers. A dream to coach as a true chess piece for any defense. Alabama’s scheme and his experience playing multiple positions should lessen his learning curve at the next level. Used as a blitzer frequently and got home on several occasions using his suddenness. Delayed blitzes displayed his football IQ and nose for the football.

Anticipation-
Appreciate how well he reads the QBs eyes in zone coverage. Good click and close. Will often bait QBs into throws before breaking on the ball to make a play. When lined up as a deep safety, shows a quick trigger to come down in the box to fill the alley. Understands route concepts and how to fight through the trash on crossers and flats out of the backfield. Diagnoses screens well. Instinctive safety who always finds himself around the football as evidenced by his turnover production in both of his years as a starter.

Turnover Creator-
Solid hands for a defensive back. Aggressively attacks the football at the catch point in all situations. If he can’t come away with the interception, he does a great job of raking the receivers arms to separate him from the football. An expert at reading the QB in the intermediate level over the middle of the field. Will get his hands on throws as an underneath defender that will lead to interceptions for teammates. Violent striker when coming down in the box to greet opposing running backs.

Some missed tackles in one on one situations where he’s simply coming in too fast and out of control. He’s a gambler who NFL QBs will look to take advantage of early on, coaches will have to live with the negative results that go along with the turnovers he creates. Often played in trail technique in the slot, BAMA doesn’t teach guys to backpedal so will need to be coached up on it. Won’t be a guy who excels playing single high every down. Expected him to run a tick faster at the combine, hoping for a better time at his pro day.

Mckinney is a plug and play starter at the next level. Whatever problems you have on defense, he can more than likely offer a solution. Will be one of those guys who never comes off the field and fits what the NFL is looking for in a mismatch eliminator. Split safety, robber, man cover guy in the slot, dime backer, blitzer- he can do all of that from day one. Coordinators should be begging their front office to draft this guy. Here is a quote from X that I liked after the Citrus Bowl: “You know, I just try to play wherever coach wants me to play….So whatever role that they planned for that week for whatever team we might play, then I’m going to make sure I go hard for that game.” Trust me, you want this guy on your team. 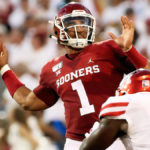