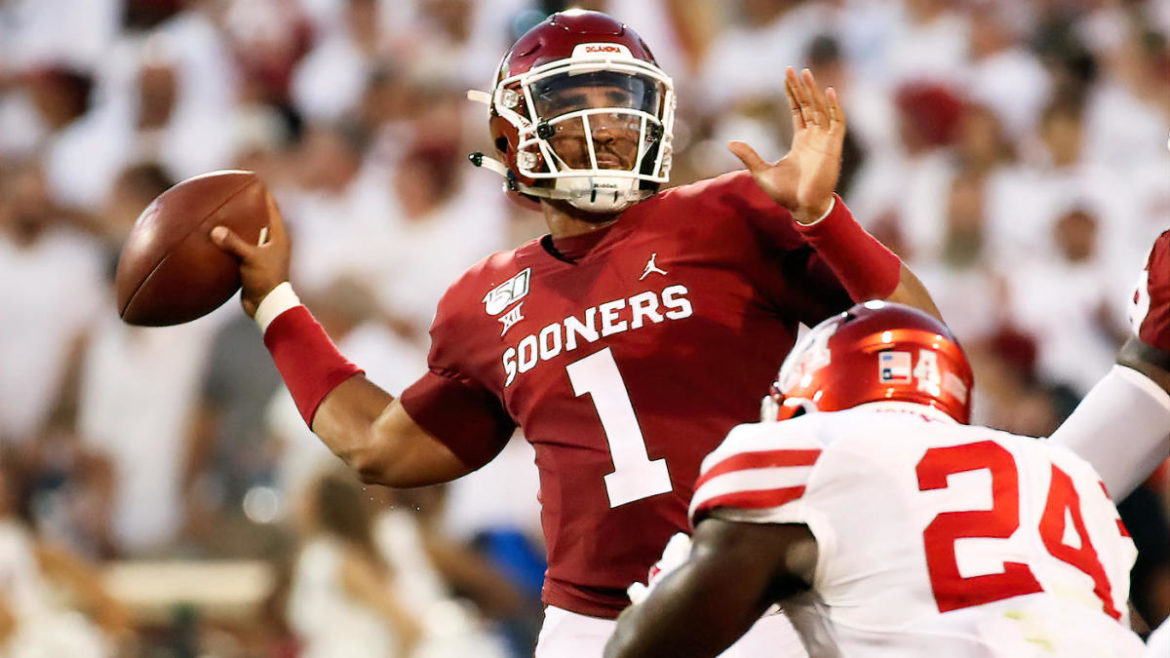 Played under his father at Channelview High School. The top dual threat QB out of the state of Texas back in 2015. Named SEC Freshman of the Year after becoming the first true Freshman to ever start under Head Coach Nick Saban. Finished his career at Alabama with a 26-2 record as a starter, his 92.9 winning percentage is 4th best in school history. As a grad transfer to Oklahoma, Hurts fell just shy of setting the FBS record for yards per attempt with 11.3 (record is 11.6). Heisman trophy runner up in 2019.

Mobility- If defenses play man to man coverage without a spy, he’ll pull the ball down and take off. Comfortable running the read option and makes good decisions based on the read defender. RPOs and roll outs play to his strength. Not electric but has some wiggle to him in the open field. Leg drive is impressive for a QB, typically will fall forward after contact. Understands how to set up 2nd and 3rd level defenders on designed runs like QB power and QB draw. Keeps his eyes downfield when working outside the pocket.

Playmaking Ability- Hurts looks and plays like Superman from time to time on the football field. Some backyard football moments that make you jump out of your seat. Toughness and never say die attitude flash on tape, never gives up on a play-even if it does sometimes get him in trouble. Has a special knack for knowing where blindside defenders are coming from when working inside the pocket. Really like his ability to slide up in the pocket with his eyes remaining downfield. Will extend plays with his legs and makes some of his best throws from outside the structure of the offense. Willing to take chances deep with regularity and has the arm strength to make every throw with ease.

Poise- Cool, calm and collected. If he feels pressure, you wouldn’t know it by watching his tape. Has no issue making difficult throws downfield with his guys in his face or hanging off him. Routinely makes throws off of different platforms as well as anyone in the class. Hurts game is far from conventional but does whatever it takes to win as evidenced by his 38-4 record as a starter. Moment never looks too big for him, always in control, not easily rattled. Came off the bench in 2018 to lead a 4th Q comeback against Georgia in the SEC championship game.

Weaknesses- Needs to continue to refine his game as a passer most importantly when going through his progressions. Eyes will stay locked in on one receiver far too long into the development of the play. Has an NFL caliber arm to make all the throws but sometimes doesn’t trust himself enough in the pocket and will revert to using his legs instead. More generally accurate instead of precise which can limit receivers YAC. A little loose with the football at the end of runs, needs to put two hands on the ball more. Needs to learn that throwing the football away isn’t the worst thing in the world.

Hurts is one of the more polarizing prospects in this class. Hurts has all of the physical tools that NFL teams covet but still has much to learn in regards to being able to beat defenses from inside the pocket. While he still struggles going through his progressions, he showed growth as a passer at OU under Lincoln Riley but will need to continue on that trajectory at the next level to fully reach his potential. One of the most likeable and easy to root for kids that you’ll ever watch. His intangibles and character are off the charts as evidenced by the professional manner in which he handled his demotion at Alabama. Hurts would be best suited for a redshirt year where he can learn behind a vet QB but could be sprinkled in as a gadget player/running threat as a rookie. His ceiling is reasonably high as I think he has the tools to develop into a solid NFL starting QB while his floor would put him as a quality backup. 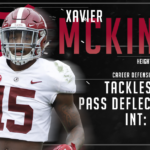 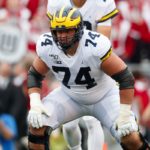