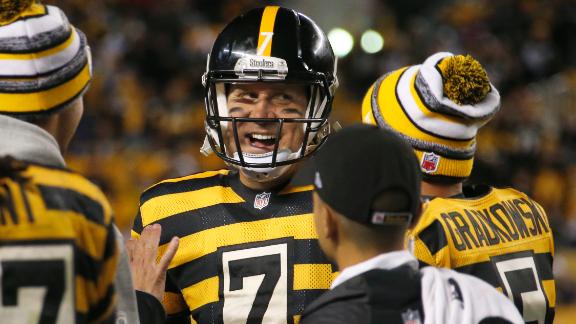 Statistically speaking, the Steelers rank 2nd in the NFL in total offense just behind the team they beat yesterday, the Colts. They also rank second in the league in passing and sixth in the league in rushing.

The one area where Pittsburgh was struggling was in the red zone. Prior to last Monday night’s game against Houston, the Steelers ranked 31st in the league in scoring red zone touchdowns. After wins over Houston and Indianapolis, they’ve moved up to 24th.

The Steelers proved (finally) yesterday that they can throw the ball effectively down the field and still run the ball. The addition of Martavis Bryant cannot be mentioned enough. The last two weeks have shown how valuable he is in taking the top off the defense. Both Heath Miller and Antonio Brown were beneficiaries of that.

Perhaps the most important sign of good things to come was the job done by the offensive line yesterday. While the run blocking was not always up to par, the pass protection could not have been better.

The Steelers appeared to have finally found answers to their woes in stopping the running game after both Cleveland and Baltimore ran roughshod over them. Then the Browns came back around on the schedule and the run game woes were back.

Currently the Steelers rank 24th in the NFL in total defense, 17th against the run and 23rd against the pass. While the defense gave up 63 yards rushing yesterday, that was on just ten carries so there is work to be done.

Getting a healthy Steve McLendon back at the nose will help the run game woes but the team is also 2-0 without him and what that means is that younger (and older) guys are stepping up. Dan McCullers had just four snaps yesterday but I still believe he is part of the team’s future plans.

The biggest issue for this defense is the secondary and more specifically Cortez Allen. It isn’t for lack of effort from Allen but more about his ball skills and anticipation which just aren’t good. Wishful thinking but I’d love to see a the Steelers grab a corner in a trade over the next 24 hours.

Ryan Shazier was a welcome site yesterday as was the play of Vince Williams. There were several good individual performances in recent weeks but as a unit, the defense needs to play better overall in the final half of the season.

Most will remember Brad Wing’s 29 yard punt that set the Buccaneers up for their winning drive a few weeks back, but overall Wing has punted pretty well. He ranks 17th overall in net punting and is tied for tenth in punts inside the 20. He can and should get better, but he hasn’t been a train wreck which many feared he would.

Shaun Suisham is well, Shaun Suisham! He’s 14 of 15 on the season with a long of 45 yards but this is exactly who he is. He isn’t going to bomb fifty yarders but as long as he stays consistent he’ll be fine.

The return game has struggled especially on kickoffs where Dri Archer was removed and replaced by LeGarrette Blount. Neither man is putting any fear into opposing units. Antonio Brown has yet to break a big one in the punt return area but he provides a stable option there either way.

My guess is that Todd Haley was probably called into Art Rooney II’s office this morning and was chided for allowing Roethlisberger to put up such ridiculous passing numbers. “I brought you here to run the ball Todd!” OK, maybe that’s a stretch but let’s hope Haley has learned once and for all that throwing the ball down the field opens up things for not just his quarterback but for all skill players as well.

Mike Tomlin has been under more pressure this season than any other time in his tenure but he has now seen his Steelers win two in a row with Baltimore coming in Sunday night. A flat Steelers that doesn’t play well against the Ravens will not be tolerated by the fans and if that’s what shows up next Sunday then Tomlin will feel the brunt of the fans’ rage.

If, and this is a monster “if,” Dick LeBeau has finally decided that he has to blitz more often in order to make things happen then by all means have it “dad.” I’m more than willing to give up some big plays now and then if it means the defense is attacking and causing opportunities for turnovers.

I had the Steelers at 8-8 for the third straight year when this season began and they now stand at 5-3 through the first half. Once they get past Baltimore, the schedule isn’t overly difficult. They have four road games left at the Jets, Titans, Falcons and Bengals. Those first three teams have five combined wins.

The home games are New Orleans, Kansas City and Cincinnati. My gut feeling is that the Steelers will go at least 5-3 in the last eight games but going 6-2 would be ideal. Losses to the Jets, Titans or Falcons could be a death blow though to their playoff chances. 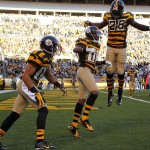 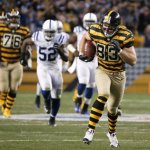