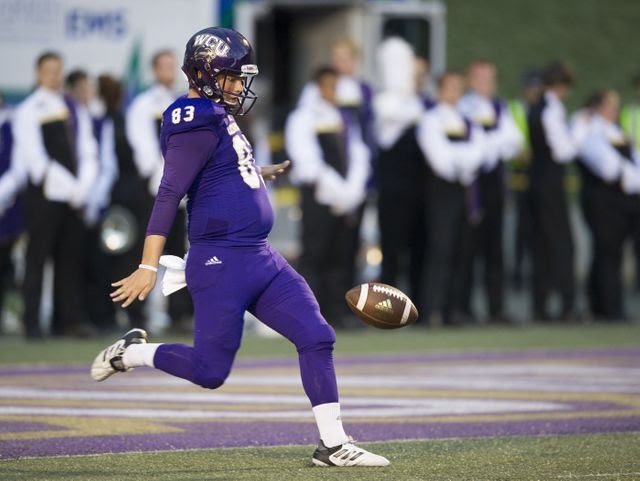 If y’all didn’t already know, I adore special teams. From Pat McAfee to Gary Anderson and everyone in between – there is nothing quite like witnessing the NFL’s specialists go to work.

That said, The Brand – as McAfee calls it – has struggled immensely in the Steel City over the past year. From Chris Boswell’s well documented meltdown to Jordan Berry’s consistent inconsistency, the Pittsburgh Steelers have had a hell of a time of it as of late.

With that in mind, the organization have brought in some camp competition to help ooze the best out of their pre-existing starting specialists, or to even replace them. With the pickup of UCF’s all-time points leader in Matthew Wright, Boswell will be feeling the heat, which will hopefully encourage him to regain the Pro Bowl form he once had.

On the punter dilemma, Ian Berryman joins the ranks after a mightily successful four-year collegiate career at Western Carolina University. So, what does he bring to the table? Let’s find out.

Berryman’s statistics depict that of an athlete who consistently performs at a high level, something the Steelers lacked undeniably last season. This is best evidenced by the fact that his 43.8-yard career punt average elevated him atop the school leaderboard for that statistic, whilst he constantly had his punts downed inside the 20-yard marker, having nailed 40% of his attempts inside that region. On top of that, Berryman clearly possesses a powerful leg that can compete with Jordan Berry’s, as evidenced by his tally of 56 career punts exceeding 50-yards.

Speaking of Berry, what is the likelihood he gets replaced this season and is cut by the Steelers? Well, if you ask our resident footballing brain Ben Anderson, probably about less than 1%. The Aussie just re-signed this offseason for $750,000, and we all know how much the Steelers hate losing in the financial sector of football. That said, it appears the regime over in Pittsburgh is changing things up this year, what with their previous philosophies failing and the AB saga, things have to change. And if that means losing $750K for the betterment of the team, then I am all for it.

I, for one, cannot wait to see how the punting battle develops this offseason as it’s shaping up to be one of the most important stories in the lead-up to the forthcoming NFL campaign.

[…] a long punt and were then supplied with a short, tasteless pooch. With Berry’s contract and Ian Berryman‘s lack of a contract, Berry keeps his job. Berryman needs to have a stellar camp, while Berry […]

[…] a long punt and were then supplied with a short, tasteless pooch. With Berry’s contract and Ian Berryman‘s lack of a contract, Berry keeps his job. Berryman needs to have a stellar camp, while Berry […]