As the Pittsburgh Steelers begin their first official mini-camp of 2019 today I’d like to share with you the one most important goal of this endeavor. Avoid injuries. There. That’s it. That’s the goal. Do not come away from this time of learning and teaching and training with any injury that is going to be a hindrance on the 2019 season. Outside of that? Start getting those rookies up to speed, talk about your goals, set the tone in the locker room and so on. But above all else… Stay healthy.

The Steelers signed fifth round tight end Zach Gentry yesterday and sixth round linebacker Ulysees Gilbert as well. That leaves only Devin Bush and Justin Layne as the only draft selections yet unsigned.

Tweet of the Day… This is a really solid tweet from Vince. It applies to life, not just football.

Keeping your mental tight has to be the number one priority in life. Stress is real and it doesn’t discriminate.

Yesterday Jaguars’ Linebacker Telvin Smith announced via Instagram he was taking a year off from football to focus on his family and his health. First of all, I’d never tell anyone how to live their life so more power to Smith here but let’s also keep in mind that Smith made absolutely no mention of this to his organization. He’s the team’s leading tackler and a leader of a good defense and a guy you’re planning on heavily for the upcoming season. How in the world does a man make this announcement without discussing it with his boss/coach first? Pretend for a moment that this is a Steeler. Imagine Jack Lambert or Greg Lloyd or Troy Polamalu announcing on social media they are leaving the game without saying a word to anyone else. How would that sit with you? The Jags could have drafted a linebacker or at the least prepared for his absence prior to the Draft. I’m all for guys taking care of themselves but how about a little courtesy and professionalism to go along with it?

In order to get the roster at 90, the Steelers released kicker Matt McCrane yesterday along with cornerback Jack Tocho. McCrane of course replaced Chris Boswell in the season finale and booted three field goals to help the Steelers defeat Cincinnati 16-13.

Browns’ GM John Dorsey said yesterday that “Browns’ fans were more passionate than Packers’ fans.” Can we please knock this crap off? Every fan base has ‘passionate’ fans. Are Browns’ fans hungrier? Most likely! Wouldn’t you be after ALL of these years! 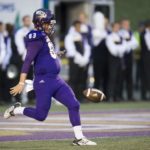