If the Steelers Choose Offense at 17, I Like Eifert 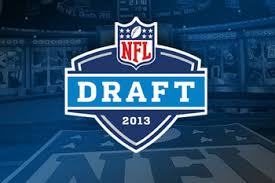 I have struggled with this decision plain and simple. I like Keenan Allen. I like DeAndre Hopkins. I like a lot of guys but the question keeps coming back to me. Which potential pick from the offensive side of the ball is truly a first round pick in our position?

In my decision-making process, I want it to be known that my most favorite choice at pick number 17 is to trade down. The Steelers can use the extra pick or picks and I honestly just don’t believe a guy they really covet will be there at 17.

We said the same thing last year of course and then David DeCastro fell into our laps when most never saw it coming. There are so many possibilities for the direction of this opening round that it is impossible to suggest that could or couldn’t  happen again.

What if there is an unexpected run on QBs ahead of us? What if both highly-rated guards are chosen ahead of us in combination with a run on another position? The point is, who the hell knows who will be there at 17?

If Tyler Eifert, the Notre Dame tight end is still on the board at 17 then he would be my selection and this is why;

1. It should be obvious to all of you that Todd Haley likes a ton of two tight end sets. We saw many different ones last year with Heath Miller and David Paulson and have no reason to believe that won’t be the case again.

2. In choosing Eifert, this is in no way a knock on Heath Miller. What we must realize though is that Miller suffered tears in three ligaments in his knee and he is 30 years old. While I fully expect him to be back to normal at some point, I can’t tell you exactly when that will be.

3. By choosing Eifert, you immediately pencil him in at number two tight end spot ahead of both Paulson and Matt Spaeth. The hope is that if Miller is not ready by the season opener, Eifert can step in as the starter. Paulson and/or Spaeth are not going to strike fear into any defensive coordinator.

4. If and when Miller is ready, the combination of he and Eifert becomes potentially lethal if Haley uses them correctly. Eifert can be split wide of the formation which can potentially create match-up problems and open up the middle for Miller.

5. By choosing Eifert, you reduce the pressure of having to nail the pick if you were to choose wide receiver at 17. This is an incredibly deep draft for receivers so there will be plenty available in rounds two through six.

Eifert by no means is without faults. He’ll need to improve some route running and blocking but he isn’t light years away in either of those departments.

There’s a good chance Eifert will be gone by the time we even go on the clock, but if he is there I feel he is the safest and best choice to not only give the offense a boost but provide serious depth where it is sorely needed.

If the Steelers Choose Offense at 17, I Like Eifert was last modified: April 25th, 2013 by steeldad
2013 NFL DraftHeath MillerNFLPittsburgh SteelersTodd Haley

Steelers Looking to the Future by Selecting Jones

It’s Time for a Youth Movement