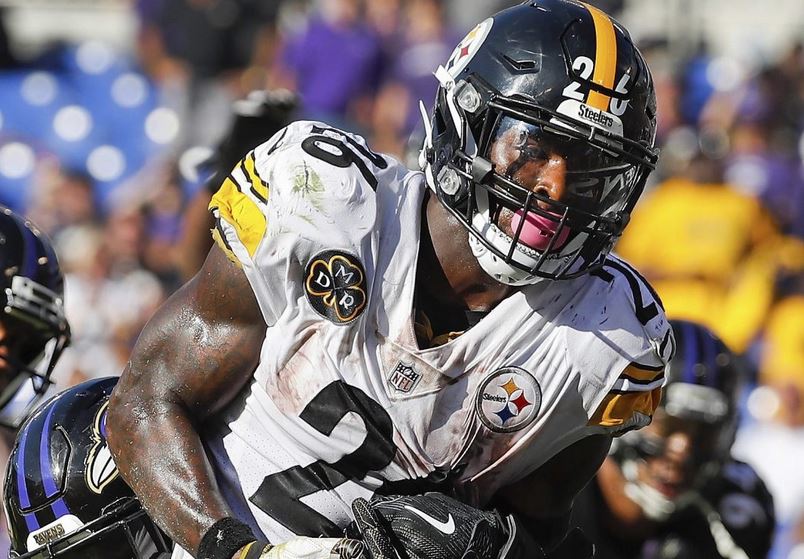 If you’ve read our stuff over the years you know that after every four games I grade the team based upon what I’ve been seeing. Today I offer you the review at the quarter pole which if you aren’t familiar is a horse racing term. Anyway, here I go.

Right now the Steelers are averaging 22.5 points per game which is a far cry from the 30 points per game we are often inundated with during the preseason. What needs to be stated is that this unit is riddled with bad penalties and inconsistent play overall. Ben Roethlisberger has been ‘good,’ but not the kind of good we are used to seeing or expecting. His deep throws have been inaccurate all season and with this kind of talent that has to improve.

The huge day by Le’Veon Bell Sunday was a step in the right direction but there remains much work to be done. Marcus Gilbert needs to get back on the field and the O-Line overall needs to gain consistency. The tight ends and receivers must also block better at the point of attack and downfield as well. Again, we saw some improvement against Baltimore but that needs to continue to improve.

If Bell’s performance on Sunday is an indicator of things to come than I also expect more play-action and a better Ben Roethlisberger. JuJu Smith-Schuster’s play could aid in that as well if he can keep earning number seven’s trust.

Jesse James has become a bit of a safety valve for Roethlisberger but is no threat to do anything after the catch. The tight end position is right now the weakest link.

The Steelers’ Defense is giving up 14.7 points per game. There is absolutely nothing wrong with that especially given how talented the offense is “supposed” to be. We cannot argue about the pressure the defense is creating (second in the NFL in sacks) although we will by simply saying we need more and on a more consistent basis. It can’t always come from the interior.

The largest concern for this D is the ability to stop the run. Chicago certainly found a blueprint and while Keith Butler’s charges were mostly up to the task in Baltimore, there were still too many ‘big’ runs surrendered. Those usually happen when guys miss assignments and almost always when the edge isn’t set. This is something that can and will be improved.

Health, as it always is, will be a significant factor for this unit as the season unfolds. Stephon Tuitt has already missed time and so too has Mike Mitchell and Bud Dupree. This bears watching as the season rolls on.

Joe Haden has been solid and the addition of Mike Hilton in the slot has been one of the best finds of the season to this point. His ability to blitz and drop into coverage makes a tremendous difference in the overall success of the defense.

This unit came out like gangbusters with that punt block for a touchdown in the opener but since then there have been fumbles, blocked field goals and kick returns that have gone for way too much yardage.

Jordan Berry has left me totally unimpressed so far. This is something I did not see coming after a strong year in 2016. He is currently dead last in punting average at 41.1 yards per punt and is tied for 20th in punts inside the 20 with six. As I’ve stated before, I wonder if the lack of competition in Camp is a factor.

Chris Boswell has been good going seven for nine on his field goal attempts and is a perfect nine of nine on his PATs.  I see no reason for him to falter. For all of the ballyhoo about the long snapper, Kam Canaday has been solid and has justified the decision to release 6th round draft pick Colin Holba.

The return games are still as pedestrian as they get. Antonio Brown took over punt return duties in week four but he looks in no hurry to make any big splash plays often going for the sidelines to avoid the big hit and who can blame him I suppose?

Considering the off-field issues Mike Tomlin has had to deal with I think he deserves some credit. Going into Baltimore having had the week they did and winning was a very positive step. Keith Butler is having a very so-so season to this point as he tries to figure out combinations that work in secondary.

Todd Haley is Todd Haley. He’s always been one to overthink things rather than just do what works but when execution is poor that can’t always fall on him either. The most pressure of any assistant right now in my opinion should be on Mike Munchak. While the O-line got going last week, the mental errors and dumb penalties have to be eliminated and that will start with him and then on to the players.

It’s hard to give a bad grade to a Steelers’ team that’s 3-1 and leads its’ division. The problem is that many of you see the same warts I do. Too many penalties, missed opportunities for big plays and the fact they’ve beaten quarterbacks named Kizer, Keenum and Flacco while losing to one named Glennon.

Over the next four weeks the challenges will grow. There are two trips on the road; one to Detroit and one to Kansas City. Those two are a combined 7-1 right now and could very easily be 8-0. The two home games feature a resurgent Bengals’ team and Jags’ team that has talent it seems to be discovering.

The final eight games appear to offer much more difficulty which makes these next four so crucial. A 3-1 stretch here is highly obtainable if not necessary.