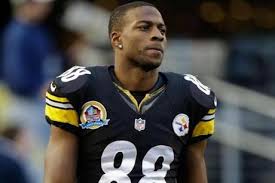 Last week I wrote that offering Ryan Clark, the Pittsburgh Steelers’ durable, 33-year old safety, a contract extension wasn’t a good idea. I based that simply on the fact that Clark is going to want a three-year deal in my opinion and that’s just not smart business for the Steelers. Now a one-year extension? That is something I could be on board with but I don’t see Clark settling for that.

A guy on the other side of the ball is also looking at the possibility of a new contract next season and he comes with some reservations as well. Earlier this offseason, the Steelers decided to match the offer sheet that Sanders signed with the New England Patriots. That meant that Sanders would be staying in Pittsburgh for a fourth season at a cost of $2.5 million. Being that it is only a one-year deal, he’ll certainly want a new contract for next year as he becomes a free agent.

I was clearly on the side of letting Sanders walk to New England because of two reasons; First, had the Steelers chosen to not match the offer sheet, they would have been rewarded with a third round draft pick back in April’s draft which I believe they could have used. Secondly, Sanders has a pro history that includes some serious injuries to his lower body/feet that has cost him games. Last year was his first full season after missing eight games in his first two years.

Sanders’ agent recently said that the two sides have been talking about a long-term extension and that the offer would have to be a “very good deal” for Sanders not to enter into unrestricted free agency at the end of the 2013 season. That’s all fair and good but take away the injury issue and let’s focus on purely football.

Sanders was lobbied heavily for by QB Ben Roethlisberger during the dual with the Patriots this offseason. To me, that can be taken one of two ways. Either Ben really thinks a lot of Sanders as one of his receivers or he didn’t want yet another receiver (Mike Wallace went to Miami) leaving during the offseason. Already without Heath Miller at 100% to start the season, Roethlisberger would have had very few guys on the roster with whom he has some rapport. In the end it doesn’t matter because Sanders is here for at least one year.

He’ll be slotted in at the number two receiver but most will look to Sanders as the immediate replacement to Wallace and that isn’t fair to Sanders in my opinion. While Sanders is fast and has very good quickness, his speed is nowhere near that of Mike Wallace. Sanders will also go over the middle which was often a place Wallace would not venture.

Because the Steelers will not negotiate during the season, the decision to sign Sanders long-term comes with risks. If he has a monster year and has already re-signed, let’s say during training camp in August, then he’s locked in and the Steelers look smart. If he isn’t locked in and has a big year, there is no doubt he’ll test the free agent waters and demand a salary bigger than what the Steelers could afford.

Both Sanders and Antonio Brown were heavily affected by Mike Wallace during the 8-8 season in my view. Wallace was looking for a big contract while Brown had already gotten his and therefore Sanders was kind of caught in the middle. With Wallace gone, I look for both Brown and Sanders to have good years in 2013. Another wild-card in all of this is rookie Markus Wheaton who because of NFL rules, hasn’t been able to participate in any activities because Oregon State’s academic year was still in session. Should he blossom immediately, what does that do for Sanders in the long run?

The problem as I’ve laid it out is how far are the Steelers willing to go to sign Sanders long-term and how much is enough for Emmanuel Sanders? It’s a really dicey game of chicken that both sides will be playing and to be certain someone will lose and someone will win. I am of the opinion that Sanders will want too much money and any time you have a receiver with an injury history involving his feet, that scares me immensely. I would not extend Sanders at this point.

2013 Likely to be the Last for Steelers’ Keisel

What Were You Expecting the Steelers to...

One thing when looking at the Steelers offense, is all of their “long term” receivers are very similar in their style of play.

Brown, Sanders, and Wheaton are essentially the same size. I’d consider them more quick than fast (I know they have some impressive 40 times, but I’m talking about what I see on the field), however they still can go deep once in a while.

Maybe that’s planned… Haley likes the short passing game, and what we have certainly fits that very well. For my taste, I’d like to see us have at least one guy that can go up and get the ball, and fight off a jam at the LOS… but maybe Haley feels differently. If they think like I do then maybe they let Sanders walk for that reason.

Good point Chris and I’ve noticed this as well. What’s funny is how different this group of WRs is compared to what he had in Arizona. Those were certainly more vertical guys vs this crew.

I hope they try to obtain a deep threat in the future.