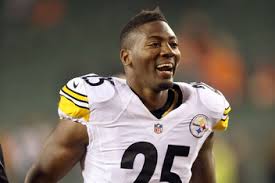 In what is commonly known as the National Football League’s ‘dead period,’ the time between mini-camps and training camps is usually very dull and filled small stories from around the league. These stories can range from players hosting camps as Ben Roethlisberger did this week to Chad Johnson patting his attorney on the rear end.

The other typical story that happens during this period of the summer is contract talks. We in Pittsburgh have seen this a lot in recent years from everyone to LaMarr Woodley to Ike Taylor to Hines Ward all having contract situations being front and center in the weeks prior to camp in Latrobe. This year appears to be no different as the Steelers are facing the decision of whether or not to extend the contract of safety Ryan Clark.

This is not an easy decision in any way, shape or form. Clark has been incredibly durable in his 11 seasons in the NFL the last seven of which have been with the Steelers. While his counter-part in the defensive backfield Troy Polamalu has suffered from injuries and lost time on the field, Clark has remained a steadfast player back there helping to orchestrate Dick LeBeau’s defense.

At 33 years of age and entering his 12th season, the decision to extend Clark has many factors. On the positive side, you are of course keeping a guy who has shown the ability to play through bumps and bruises and stay on the field. He is a leader in the locker room and has not had significant issues off the field. Extending Clark would mean stability in the secondary for at least three more years which would be tremendously needed especially if Polamalu’s body just can’t hold up any longer.

My feeling right now is that the negative out-weigh the positive though. In his seven seasons in Pittsburgh, Clark has just eight interceptions and has caused a grand total of three fumbles. While his aggressiveness often leads to bone-jarring hits which excite the crowd and the team, being able to create turnovers has become more important than ever. With the NFL’s consistent crackdown on aggressive hits and tackles, Clark’s lack of turnovers hurts.

I also believe that if the Steelers are truly in a ‘re-building’ mode which of course an arguable situation depending upon your view, then what better time to transition to new safeties? Rookie Shamarko Thomas was not brought in to just play special teams. The youngster from Syracuse was selected to one day become a permanent fixture in the secondary. Assuming Thomas is the heir apparent to either Clark or Polamalu, the depth behind him consists of DaMon Cromartie-Smith who has been primarily a practice squad member for the last couple of years and Robert Golden who enters his second year out of Arizona.

That isn’t what I would call a wealth of experience but what I would expect the Steelers to do is shop for a free agent safety much like they did when they signed Clark away from Washington seven years ago.

My readers know that I’m not crazy about Clark’s off the field comments and actions with regards to speaking publicly about the locker room among other things, but I can honestly say that isn’t my motivation for suggesting the Steelers allow him to walk. I’m on record plenty of times saying that I love the way Clark plays and I appreciate his commitment to the Steelers and his durability. I just feel that with the money he will demand, it isn’t a good investment.

The Steelers will have other contract situations to deal with and those regard much younger players. Players like Emmanuel Sanders, Ziggy Hood and Jason Worilds will all see their contracts come to question in 2014. Of course those three will surely create debate on their own individual accords as much will be riding on their 2013 performances, but they are still contractual situations the team will need to address.

Would the Steelers miss Ryan Clark? No question about it. You don’t just replace a veteran like that and expect great things from his replacement, but age and money are not things I want to see the Steelers tinker with at this point because they have been burned before by signing guys well into their thirties. It’s time to keep moving forward.

Steelers’ O-Line is Has No Room for...

Why the Steelers Should Go Safety in...

Why the Steelers Should Go Wideout in...

Fully agree… let him walk. I don’t think he’ll go elsewhere. I think he’ll retire and head to ESPN or another network, and think, as much as I don’t like his politicking for an analyst job during the off season instead of working out, he could prove to be better than most of the so-called “analysts” who are out there right now.

I think Clark is good, but don’t think he has ever been great, and the lack of turnovers, as mentioned here, is a negative. He’s exceptional against the run, but I don’t feel he’s that good when dropping into coverage. Time for the young guys to step up, or to bring in another player… or, best of course, is that hopefully they’ll be able to move Thomas to Clark’s spot.

I think you nailed it on the head regarding what Clark does and doesn’t do well. I think he’ll be more than happy to move into TV if an extension doesn’t work with the Steelers.