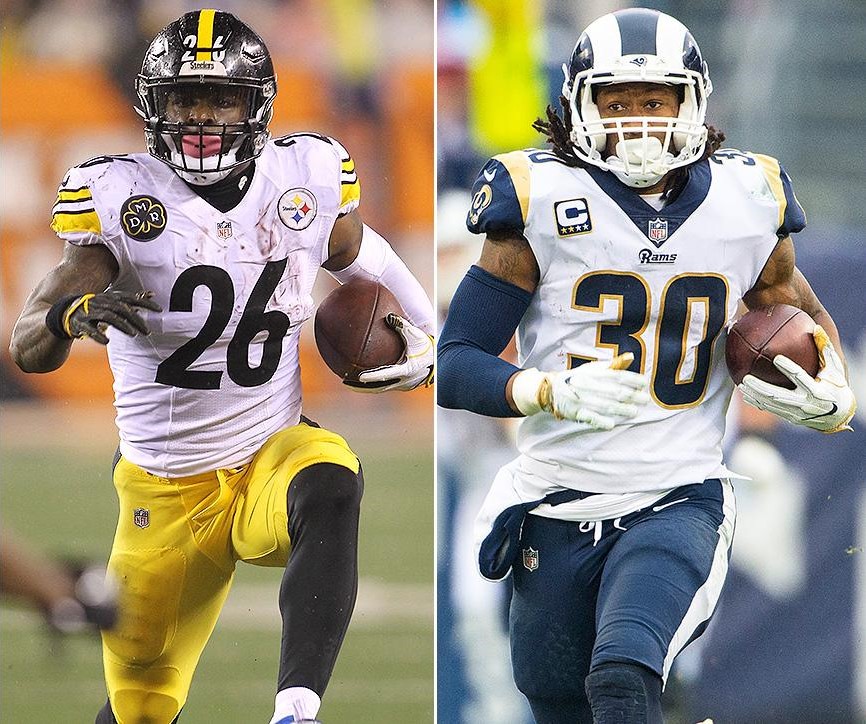 With the signing of Todd Gurley’s contract, everyone from the average fan on social media to the talking heads on television offered an opinion on what Le’Veon Bell will receive when he almost inevitably becomes a free agent in 2019. However, as is true with the initial reports on most NFL contracts, the actual details of the contract were a little exaggerated by comparison to reality.

For starters, it’s a new 6 year contract worth $11.92 million per year. The new money (above what he would have made in 2018 & 2019 on his old contract) is worth $57.5 million, not the reported $60 million. Though there are $2.5 million in available incentives in 2022, but they are tied not only to Gurley’s individual performance, but also the team’s. That’s what the NFL refers to as a Not-Likely-To-Be-Earned Incentive. Teams like those because they don’t count against the cap until they’re actually paid.

Next, the only money that is truly guaranteed is the signing bonus of $21 million and Gurley’s 2018 base salary of $950,000. That’s $21,950,000 in total. Good money but not the $45 million reported. The rest of the $45 million guarantee is guaranteed for injury only. In other words, it’s a nice insurance policy if Gurley is seriously injured, but it’s not a real guarantee. The contract is broken down below.

By back-loading Gurley’s contract (over $42mm of the $71.5mm is payable in years 3 thru 6) and not guaranteeing anything but the signing bonus, the Rams have built a back door into the deal. At any point after 2019 if they decide to part ways with Gurley, they can cut him before the first day of the next league year and owe him nothing. By doing so they can save up to $37,028,284 in real and salary cap dollars. They also see a net savings in cap dollars after the dead money his release creates. In other words, his release any time after 2019 creates cap space, it doesn’t add it.

What does all this mean? It means that if Gurley stays healthy and productive he’ll be paid very well. It also means that if his production slows down and he can still pass a physical, the Rams can cut him and owe nothing. This is a pretty typical RB contract with the economies of scale adjusted for both the current market/salary cap and Gurley’s skill set which is impressively substantial. It is not the $15 million per year mega contract with 75% of the new money guaranteed that was reported on Tuesday.

Fans measure contracts using average per year. Agents weigh them by the guaranteed money and the total cash flow over the first three years because most players who are released from mega contracts are released after year three.  This is especially true of running backs because of the wear and tear the position tends to inflict on the player.
Side note, the Steelers rarely ever release their expensive contracts after three years.

The contract numbers used in this article were taken from a report by Mike Florio of ProFootballTalk.
Image credit: si.com

Details of the Todd Gurley Contract Not As Impressive As Initially Reported was last modified: September 8th, 2018 by Ben Anderson
Todd Gurley