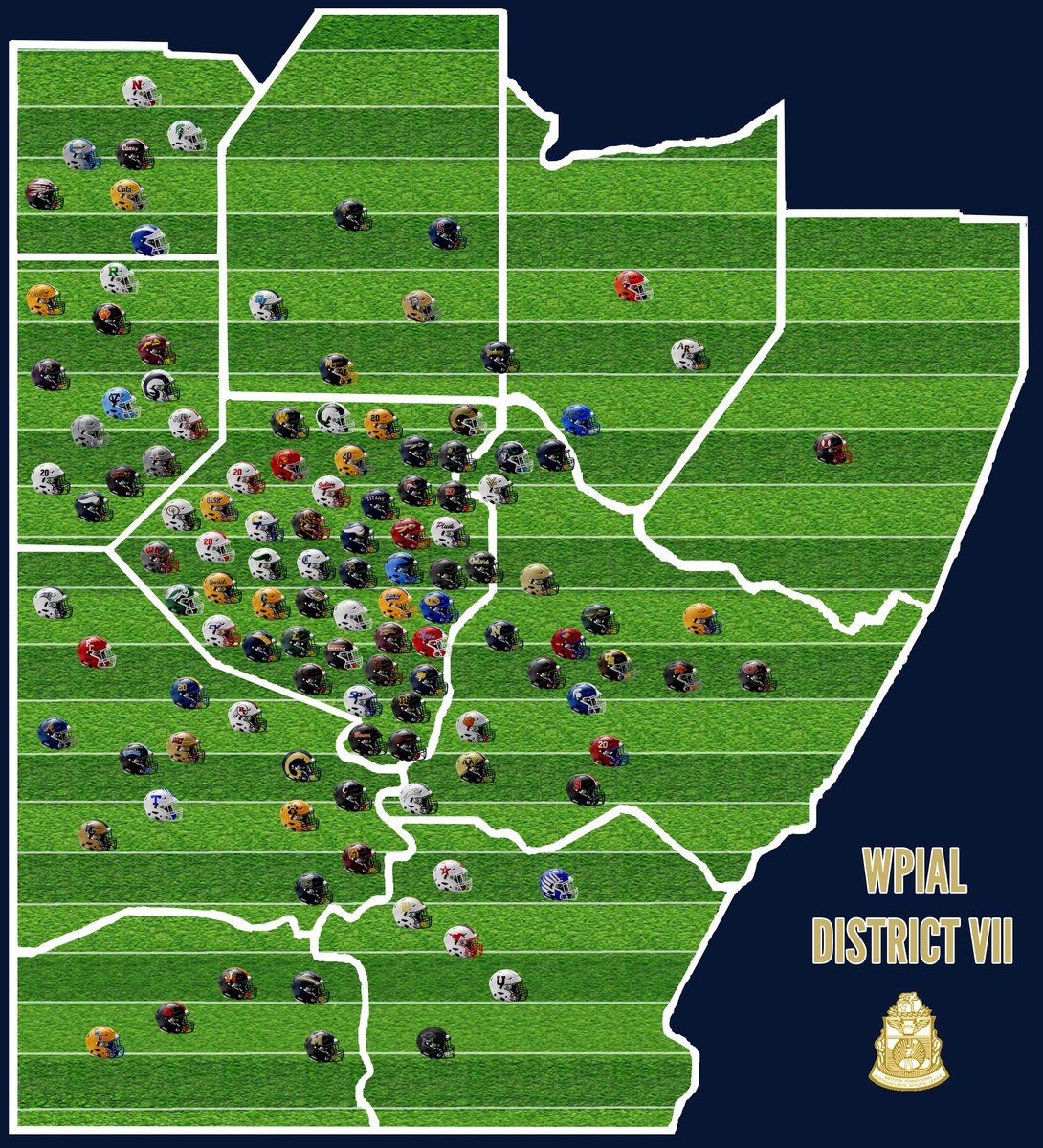 As the WPIAL football regular season enters the final week, the playoff picture is starting to come into focus. This year is a bit different than other seasons in that the WPIAL Steering Committee will likely be selecting a number of teams due to COVID-related game cancellations. In Class 6A, 4 teams will make the playoffs. In the other five classes, 8 teams will make the playoffs. In 2A, only the conference champions are guaranteed a playoff spot and the WPIAL will select four wild cards. In 1A, 3A, 4A, and 5A the three conference champions and three second place teams will make the playoffs with the WPIAL choosing two wild cards in each classification. The caveat to this is that if cancellations make it impossible to determine the standings definitively, the WPIAL may select which teams earn those playoff spots. One change for this year (which I would like to see become permanent) is that more than one Wild Card may be selected from a given conference.

Here is a breakdown of what we know and what is left to be decided in the final week of the season. If you want more detail on the current standings, check out our WPIAL Standings Page.

Outlook: North Allegheny has clinched the top spot in the conference. Seneca Valley can secure second place with a win over Mt. Lebanon. In that case, things could look bad for Mt. Lebanon as they would finish with 3 losses along with Canon-McMillan (assuming they beat Norwin). Canon-Mac beat Lebo early in the season. Central Catholic is sitting at 3-2 with a game against 1-2 Baldwin. A Baldwin victory would really throw a wrench into things while a Central Catholic win would eliminate Baldwin.

Outlook: Peters Twp has clinched the Allegheny Seven Conference. The winner of the Upper St Clair-South Fayette game will finish 2nd and the loser will be 3rd.  The loser should still be in the running for one of the Wild Card spots. Pine-Richland has clinched the Northern Conference title and Penn Hills has clinched second place. North Hills and Fox Chapel are playing for third place but both teams are currently 2-4 overall so it is unlikely that winner would be selected as a Wild Card. North Hills and Fox Chapel both lost to Moon, who is currently 4th in the Allegheny Seven Conference. Moon is just 1-3 in conference play but 3-3 overall and hovering on the fringe of the playoff picture.

The Big East Conference is the most difficult to figure out because Gateway has missed 3 games due to COVID, including their showdown with Penn-Trafford. Penn-Trafford is 3-0 in conference with their only loss this season coming by 3 to Peters Twp. Gateway (2-0, 3-0) is unbeaten overall but short on games. Both teams beat Woodland Hills which pretty clearly makes them the top two in the conference. In the battle for 3rd place, Woody High beat Franklin Regional head-to-head and Franklin Regional beat Latrobe. In all likelihood Woodland Hills will finish 3rd and should earn a Wild Card with their non-conference victories over Penn Hills and North Hills. Franklin Regional beat Fox Chapel and Bethel Park in non-conference play and at 4-2 overall could garner Wild Card consideration if they upset Penn-Trafford this week.

Outlook: Thomas Jefferson is undefeated this season and faces McKeesport this week. A win by TJ secures the conference title and locks Belle Vernon into second place. If McKeesport wins, there would be a 3-way tie at the top between TJ, Belle Vernon, and McKeesport. If traditional tiebreakers are used, TJ would win based on the point differential tiebreaker and their head-to-head win over Belle Vernon.

Plum clinched the Greater Allegheny Conference title last week, their first outright conference crown since 1982. Mars is locked into second place and a playoff spot. Hampton (4-2) has head-to-head victories against both 3-loss teams Highlands and Armstrong which means the Talbots will be in the running for a Wild Card spot.

In the Parkway Conference, Aliquippa and Chartiers Valley have secured the top two spots. Montour (2-2, 4-2) is currently in third with a head-to-head wins over Blackhawk (1-2, 2-4) and New Castle (0-2, 0-4). Even with New Castle’s cancellations, a Montour win over Beaver would secure the Spartans’ hold on the third spot.

Overall, Thomas Jefferson, Belle Vernon, Plum, Mars, Aliquippa, and Chartiers Valley are locked in to playoff spots. For the two wild cards, it will likely come down to McKeesport (4-1, 5-1), Hampton (4-2, 4-2) and Montour (2-2, 4-2). Hampton and Montour both play winless teams (Knoch and Beaver) while McKeesport is taking on the undefeated defending state champs in Thomas Jefferson. In all likelihood, all three teams will finish with 2 losses. McKeesport’s non-conference victory was over New Castle while Montour’s came over two 3A teams in Hopewell and Keystone Oaks. All of Hampton’s games were against Greater Allegheny Conference teams.

Outlook: The Allegheny Seven Conference has lost a few games this season due to COVID cases. Current leader North Catholic (5-0, 6-0) has been able to play all of their games and can secure the conference title this week with a win over Freeport. Freeport (3-0, 3-1) missed two games due to COVID, including a big game against East Allegheny (2-1, 4-1) which could have determined second place if the Yellow Jackets fall to the Trojans this week. East Allegheny’s game against Derry was cancelled last week.

In the Northwest Six Conference, Central Valley has been the best team in 3A this season and is arguably the top 3A team in the state. Keystone Oaks (2-1, 3-2) lost to Central Valley but has a head-to-head win over Avonworth (3-1, 4-2). The Lopes face Central Valley this week. If Avonworth can pull the upset, there would be a 3-way tie at the top of the conference and all 3 teams would likely make the playoffs. If Central Valley wins, another 3-way tie between Keystone Oaks, Avonworth, and Hopewell (2-2, 2-4) is possible if Hopewell beats KO. Assuming Central Valley and Keystone Oaks win, then Avonworth’s fate would fall to the Wild Card selection Committee.

With wins over East Allegheny and a non-conference victory over South Park, North Catholic’s playoff spot is secure even if they lose to Freeport this week. The question in the Allegheny Seven comes down to how the WPIAL handles East Allegheny and Freeport because of their missed games. Freeport has a non-conference loss to 2A Apollo-Ridge while East Allegheny won non-conference games over Brownsville and 2A Steel Valley. Considering East Allegheny’s only loss is to North Catholic, it seems likely they will land on the right side of the playoff bubble. Elizabeth Forward will be in the playoffs as well as the winner between Mt Pleasant and South Park. Central Valley’s playoff spot is certainly secure and Keystone Oaks will be in with a win over Hopewell. Like Freeport, Avonworth also has a loss to a potential 2A conference champion in Sto-Rox. At this point, teams like South Allegheny, Southmoreland, and Hopewell are long shots for the playoffs. In all likelihood the last two playoff spots will come down to Freeport, Avonworth, and the Mt. Pleasant-South Park loser.

Playoff Format: Eight teams make the playoffs. The only guaranteed playoff spots in 2A are for conference champions. The other four playoff spots will be selected as Wild Cards by the WPIAL steering committee.

Outlook:  The Allegheny Conference will likely not have a champion because of Serra Catholic missing their game against Apollo-Ridge due to COVID. Both Apollo-Ridge and Serra Catholic are currently 2-0 in conference and 4-0 overall. Assuming Serra’s team will be healthy enough to play the first week of the playoffs, both teams should make it to the postseason. The WPIAL may match them up in the first round since they did not play a regular season game.

The conversation for the Wild Cards is much more wide open. Washington (4-1, 4-2) takes on Frazier (4-1, 4-2) this week with the winner claiming second place in the Interstate Conference and the loser falling to third. Given that Washington’s non-conference loss was to 4A Trinity, the Prexies should feel confident about getting in with a win over Frazier. The Commodores, on the other hand, lost to Ligonier Valley who is in the middle of the Allegheny Conference pack. In the Midwestern Conference, three teams currently sit at 4-2 in Laurel, New Brighton, and Neshannock. Laurel has wins over the other two and faces winless Ellwood City this week, giving the Spartans the inside track on the second-place spot. New Brighton and Neshannock are still in the conversation with only two losses, but have an uphill battle (especially Neshannock who will likely have to upset Beaver Falls this week to have a shot). At this point, Serra (provided they can play), the winner of Washington-Frazier, and Western Beaver seem to be in great position for a Wild Card spot. Laurel, New Brighton, Neshannock, Ligonier Valley, and Brentwood are also in the conversation but have work to do in the final week.

Outlook: The winner of the Shenango-Rochester game will win the Big Seven Conference title. Both teams have victories over OLSH so the loser will finish second and should also make the playoffs. OLSH (4-2) faces winless Northgate and should feel good about their chances in the Wild Card conversation.

Clairton beat Jeannette in a rare Week 1 meeting and sits atop the Eastern Conference with an unblemished record. The Bears face Springdale (5-1), who hung tough with Jeannette a few weeks ago. A Springdale victory would create a 3-way tie at the top while a Clairton win would put the Bears securely in first followed by Jeannette and Springdale. Jeannette and Springdale both only have 1 loss entering the final week of the season and should feel good about their playoff prospects.

The only conference title to be decided so far is the Tri-County South, which California clinched by beating Carmichaels on Saturday night. Carmichaels (5-1) takes on Avella (4-2) this weekend in a game that will decide second place in the TCS. If Carmichaels wins, the third place team in the TCS (whether it is Avella, Jefferson-Morgan, or Bentworth) will have 3 losses. This should give the third place teams from the Big Seven (OLSH) and Eastern Conferences the two Wild Card spots. 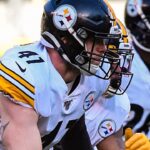