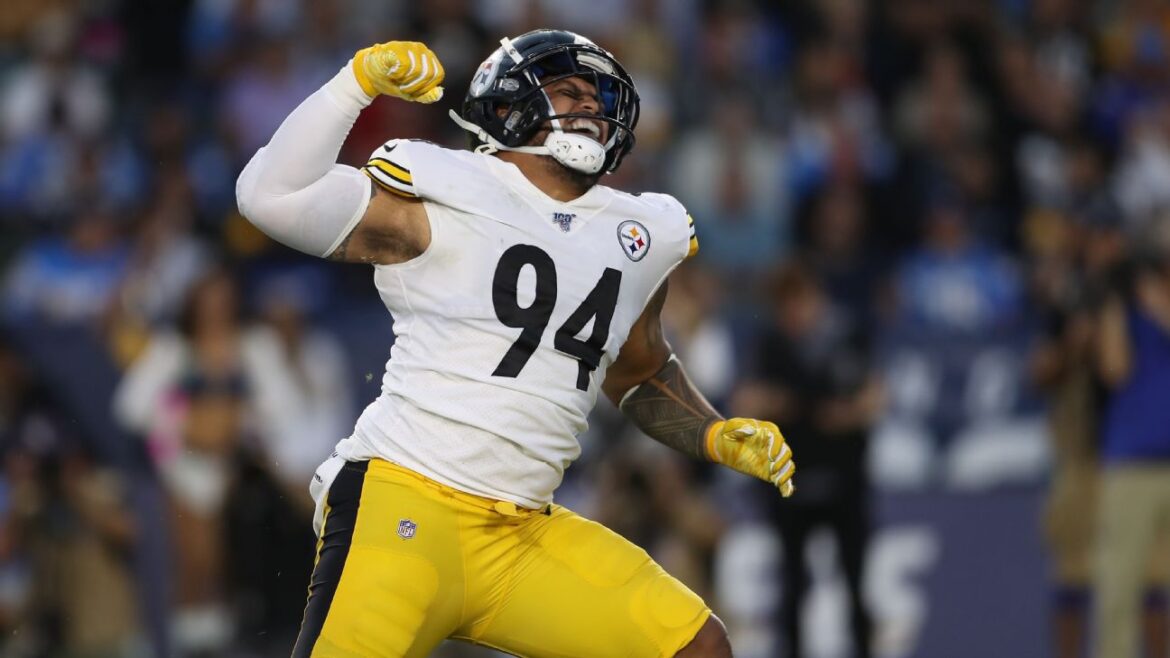 Eleven-year veteran Tyson Alualu has been one of the unexpected stars of the 2020 season so far, and his influence both on and off the field is believed to have been a major contributing factor in helping the Steelers achieve an NFL leading record of 11-1. The 33-year-old had been largely restricted to a peripheral role since arriving in Pittsburgh in 2017, however, having stepped up to replace the outgoing Javon Hargrave, he has quickly become a regular starter and one of the Steelers’ most consistent performers.

The #NFL leading turnover defense gets ANOTHER big one ! Minkah with an assist from Tyson Alualu (former Jags first round picks) pic.twitter.com/tMGflheIsW

Alualu was drafted tenth overall at the 2010 NFL Draft, although he failed to impress in Jacksonville. His versatility and durability resulted in him starting all 16 games during his first four seasons for the Jaguars, however, his consistency was often mistaken for mediocrity, and he quickly lost his way after being asked to fulfill a number of roles which didn’t play to his strengths.

Although he failed to pull up any trees in Florida, he did gain some much-needed experience of competing in top-level football games, and he now appears to using that knowledge and wisdom to help the younger members of the Steelers’ defense improve their game. He has recently been credited with improving and nurturing the likes of Carlos Davis and Chris Wormley, and he has also played a key role in helping Kevin Colbert’s men maintain their superb defensive record. The Steelers defensive pass rush has been outstanding so far, and they have now tied the record of 69-straight contests in which they have registered at least one sack.

Following the departure of the aforementioned Hargrave, some fans were understandably concerned about the troublesome nose tackle position. However, Alualu’s form has assuaged those worries and he has quickly become one of the most effective and reliable defensive linemen in the competition. Defensive line coach Karl Dunbar has compared his progression to that of Rod Woodson, who made a similar transition during the latter stages of his career.

The Steelers form this year has been the perfect response to their indifferent performances of 2019. Their recent form has firmly put themselves in the driving seat ahead of the playoffs, and although there is still a long way to go, they can currently be backed at 6.00 in the futures NFL odds on bet365. They will be hoping to make their first Super Bowl appearance since 2010, and following two hugely underwhelming campaigns, fans will be hoping that they don’t lose their momentum throughout the remainder of the regular season despite last night’s setback.

So far this season, Alualu has 19 tackles, a sack and four batted passes, and although he missed the clash with the Cowboys due to a knee problem, he was back on top form during his side’s crushing 27-3 victory against his former employers on November 22nd.

Despite being initially drafted as rotational player, the Hawaiian has become one of the most important members of the Steelers’ defense. His teammates clearly enjoy playing alongside him, and fans will be hoping that they can re-sign the versatile nose tackle when he becomes an unrestricted agent in 2021.