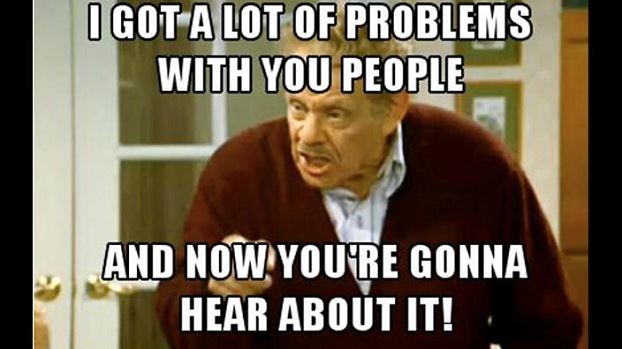 This is my first year of writing at Steel City Blitz, but in keeping with an annual tradition, I am conducting an Airing of Steelers Grievances. If you have more to add to the list, feel free to post yours in the comments or send them along to us on Twitter @thesteelersnat or @SCBlitz.

From the Steel City Blitz crew….

Justin Tucker is NOT better than Chris Boswell.

Why didn’t Kevin Colbert sign a backup Mack ILB in July when he knew that the only true Mack he had was Ryan Shazier?

Why does it seem like the last few years Ben Roethlisberger starts slowly, looks average & then gets stronger as the year goes on? Maybe Ben needs to hire a personal trainer & nutritionist.

Why does Martavis Bryant’s girlfriend need to publicly “air her grievances” each time she jumps to a conclusion about MB without finding out if it’s true or not?

Why are the the @NFL officiating & disciplinary process seemingly so arbitrary? They never apply the same logic twice.

When will Mike Tomlin hire a competent replay assistant, a guy who can also study clock management & advise Mike as to the situation at critical points in the game?

The “Catch Rule”. Maintain control of something that you already control. When did “Catch it, get two feet down, it’s a catch. Drop it and it’s a fumble” cease being a logical standard?

Fans who can’t both consider the team’s opportunities to improve without wanting to fire everyone from Tomlin to Colbert to the Rooneys.

When a catch isn’t a catch…. #SteelersGrievances #herewego

Lack of consistency, or seemingly any real outline at all for NFL discipline

Yinzers who can never be happy

Throwing in front of the sticks on 3rd & 5 or less. Think I used that last year but it applies #SteelersGrievances

ROGER GOODELL for another 5 years!! ??

Also no consistency or protocol even for suspensions ??????

James Harrison should be playing inside LB or some other spot on Defense. The tackling must get better. #SteelersGrievances

My grievance as a Steelers fan is the VP of officiating in the league office and his love for the patriots! He’s overturned 3 calls game defining calls all in favor of the patriots towards the very end of each game gifting them 3 more wins! Patriots should be 9-5! Totally rigged

Thanks to all who participated in another fun and cathartic airing of grievances. If we left any out, feel free to add yours to the comments, and Happy Festivus! 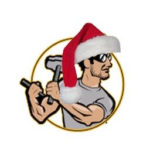 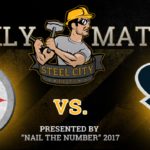