As the NFL season enters the stretch run, we’ll be taking a weekly look at the status of the playoff picture and which teams are closing in on securing their place in the 2018 postseason. With 7 weeks left in the regular season, a few teams still have their bye weeks on tap. Currently, New England is the only team with a 2-game lead in their divisional race. The three other divisions figure to be tighter races that will come down to the stretch. This week’s theme is in honor of the incomparable Stan Lee.

The Chiefs have a much-anticipated showdown with the Rams in a unique Monday Night matchup of the top teams from both conferences this week.

The Steelers got a big win over a good Carolina team and now have a chance at revenge for last year’s playoff defeat against a reeling Jaguars squad.

The Patriots get an extra week off to stew on how Tennessee beat the snot out of them.

On paper the Texans have a relatively easy remaining schedule and have home games against all 3 of their remaining division opponents. Among their remaining opponents, only Washington and Tennessee have winning records.

The Chargers have a 2-game cushion in the Wild Card race and are just one game behind Kansas City for the division lead.

With 5 of their 7 remaining games against teams with losing records, the Bengals are far from out of it. However, they did not look good offensively last week without AJ Green and he will miss a few more games.

The Titans have a head-to-head win over Houston and 5 games remaining against teams with losing records. They are only a game behind in the divisional race and have a chance to be a contender down the stretch.

Are the Dolphins for real? With 2 games against Buffalo remaining on the schedule, an 8-win season is not out of the question.

Baltimore is coming off a bye with a big game this week against Cincinnati. A loss would put the Ravens in a precarious playoff position with road trips to Atlanta, Kansas City, and Los Angeles remaining.

Indy held on to beat Jacksonville to stay barely alive in the playoff race. With 4 divisional games remaining, the Colts will have the opportunity to insert themselves into the playoff conversation.

While Cleveland, Jacksonville, and Denver are only 2 games out of the last playoff spot, they would need to go on a significant run over the last month and a half in order to insert themselves back into the playoff conversation. 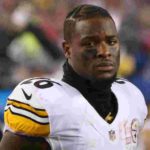 Our Long, National Nightmare is Over… For 2018 Anyway

Steelers Appear to Have Dodged a Bullet...