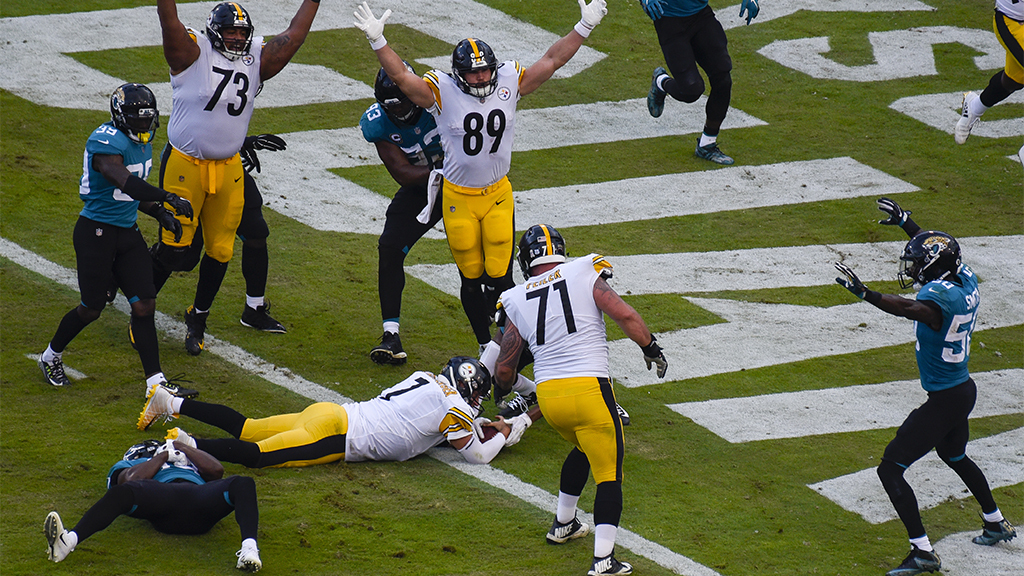 Raise your hand if you saw or heard this comment at any point during the Steelers’ game against Jacksonville yesterday.

“How can the Steelers score 52 points last week and now they have zero?!?!?“

It may not have been exactly like that but you probably had a light bulb go on that signaled you most definitely heard something similar. The hard truth that many fans just don’t understand about today’s NFL is that you really are only as good as the game you’re playing in and the Steelers can tell you this a hell of a lot better than I.

There’s a reason Jacksonville has played the Steelers so well in the last two seasons. The simple truth is that they match-up well against us. Their athletic secondary and linebackers give our offense fits. Their offensive line is aggressive and comes off the ball extremely well and in yesterday’s case, they had their star running back healthy for the first time all year. Those factors, along with the desperation the Jags had at keeping their season alive made for a perfect recipe for a far lesser performance by the Steelers.

This coming Sunday the Steelers will travel to Denver which hasn’t always been the most welcoming place for them in recent years (sans the 2005 AFC Title Game). If you’re automatically assuming the Steelers will not play well or will look a lot like they did yesterday then that’s probably fair. But you also have to consider what I mentioned above about Jacksonville.

The Broncos are desperate. With both Kansas City and San Diego above them in their own division, they have to win games. Therefore the Steelers enter the Mile High City facing a very similar situation as they did yesterday in Florida. But perhaps the most important factor in this ‘week-to-week’ thing I’m talking about is just game-planning and execution.

Pittsburgh was not executing Sunday the way they had in previous games and that doesn’t imply that Randy Fichtner suddenly forgot how to coach or that the players forgot how to play. Go back to the Panthers’ game for a second. Carolina entered with a pretty respectable defense but much of that was because they were able to get consistent pressure. That masked some of the deficiencies in their secondary. The Steelers were confident they could protect Ben Roethlisberger thereby allowing him and his receivers to beat the Panthers’ secondary and they did.

Yesterday was very different because the overall play of the Jacksonville secondary was so much better than Carolina’s was. Throw in the run-dominant gameplan and an out of sync Big Ben and this is what happens.

It’s fine to expect our Steelers to win every week, we should shouldn’t we? But we also have to understand that every week is a brand new situation that leaves the week before a moot point. The win yesterday was a great illustration of this. Momentum meant absolutely nothing on either side in the NFL.

A Steelers’ Lesson: You’re Only as Good as the Game You’re Playing In was last modified: November 19th, 2018 by steeldad
#steelersBen RoethlisbergerCarolinaJacksonvilleJaguarsPanthersRandy Fichtner

Butler’s Fate Should Have Been Sealed Last...