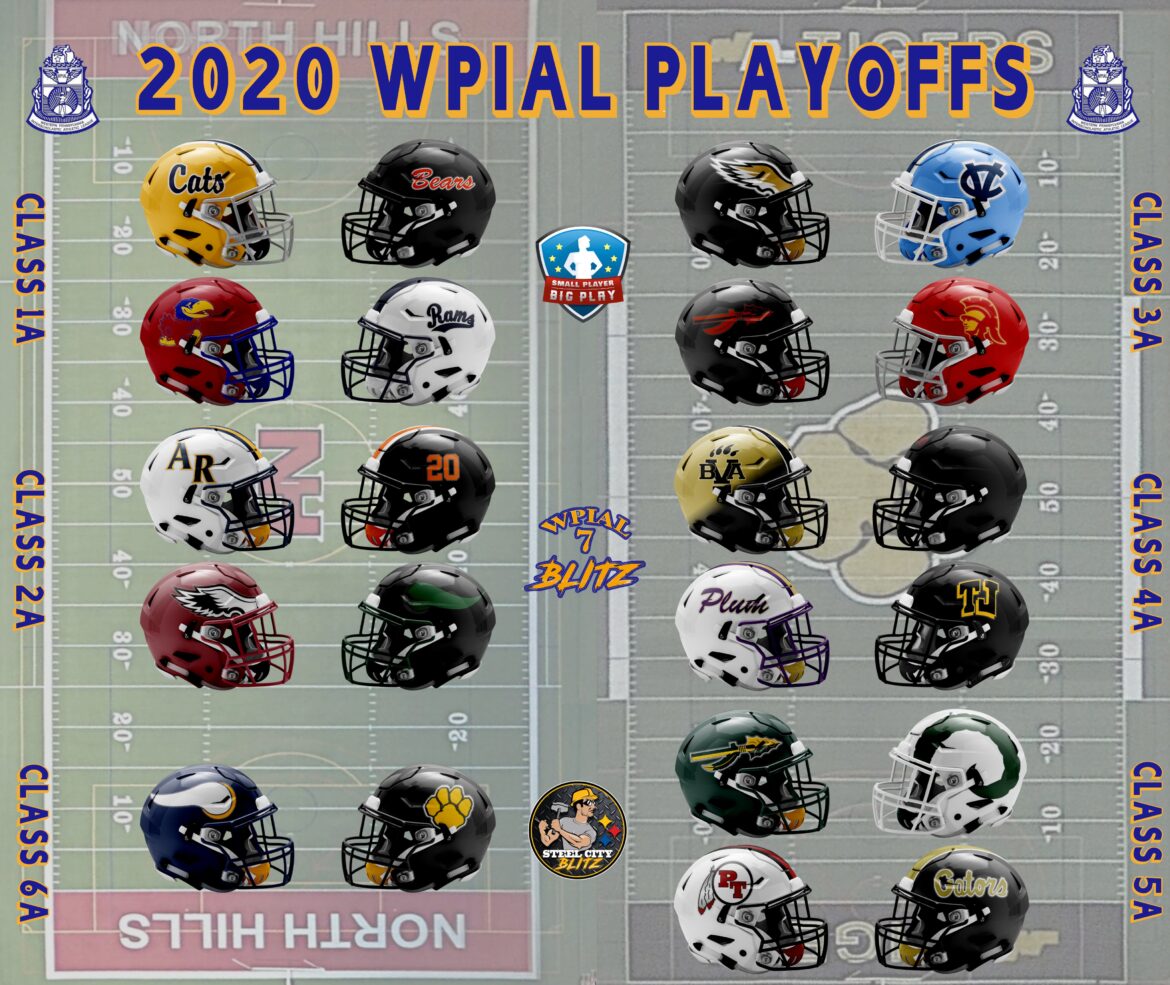 The first round of the WPIAL Playoffs are in the books. In 6A, with only 4 teams making the postseason, North Allegheny and Central Catholic have advanced to the Championship Game. In the other five classifications, this week will be the semifinals. We recapped the first round action and discussed the upcoming semifinal matchups on this week’s edition of the WPIAL Blitz Show.

The WPIAL Blitz Show features Ian and Bruce from  Small Player Big Play. The WPIAL Blitz Show is available for FREE all season on YouTube and through the Small Player Big Play App, which provides schools and youth sports organizations the opportunity to fundraise by live-streaming their games and events. Check out their Twitter page and get the app for free on Apple or Andriod devices. Also a huge shout-out to Chris @END2008 for making all of the helmet graphics this season.

Topics on this week’s show include:

Mentioned during the show was Serra Catholic’s last-second touchdown pass to beat McGuffey. Here’s the video:

Thanks to everyone who has tuned in this season and we hope you have enjoyed the show! Don’t forget to follow our WPIAL-centric Twitter account @WPIAL_Blitz.