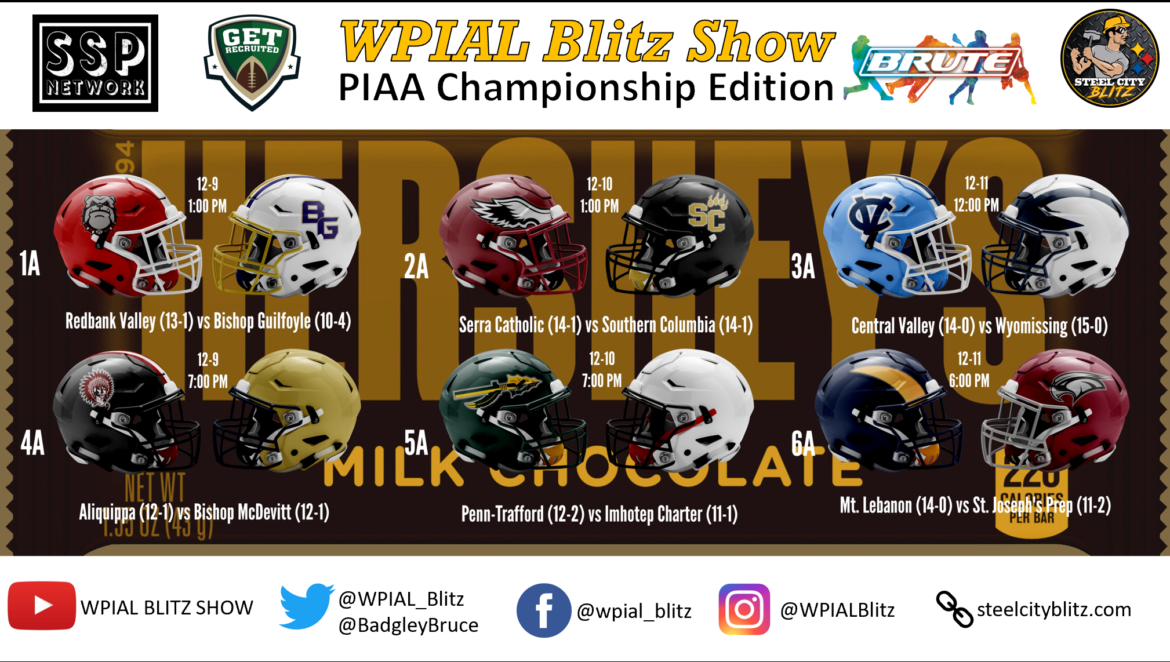 It’s State Championship week and FIVE WPIAL teams will be competing for titles in Hershey. Five teams from one district is the most that have ever reached the State finals, though this is only the sixth year of the Six Classification Era in Pennsylvania high school football. Championship weekend kicks off in Hershey on Thursday with the 1A Championship between Redbank Valley and Bishop Guilfoyle. This is the only game without a WPIAL team, but Redbank Valley is the first District 9 team to reach a State Final since 1992, a pretty cool feat. Of the WPIAL teams, Aliquippa will play Bishop McDevitt (Harrisburg) on Thursday night. Friday will see Serra Catholic take on the four-time defending 2A Champions Southern Columbia and Penn-Trafford play Philly powerhouse Imhotep Charter. Saturday will be a rematch of last year’s 3A State Championship between Central Valley and Wyomissing along with the grand finale in the 6A title game between Mt. Lebanon and three-time defending champions the St. Joe’s Prep. On this week’s edition of the WPIAL Blitz Show we were honored to interview Penn-Trafford head coach John Ruane who led his team to their first WPIAL Championship in school history, defeating Moon for the 5A title. Last week, Penn-Trafford knocked off Exeter Twp, the District 3 Champions, to earn their first trip to Hershey for the State Finals.

Check below the video for timestamps on when we discuss each Championship Matchup.

Also, if you’re into the history of the State Championship Game, our friends over at PA Football History put together this awesome resource:

Thanks to @shayne_schafer, the PIAA Title Game database has been updated. 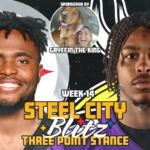