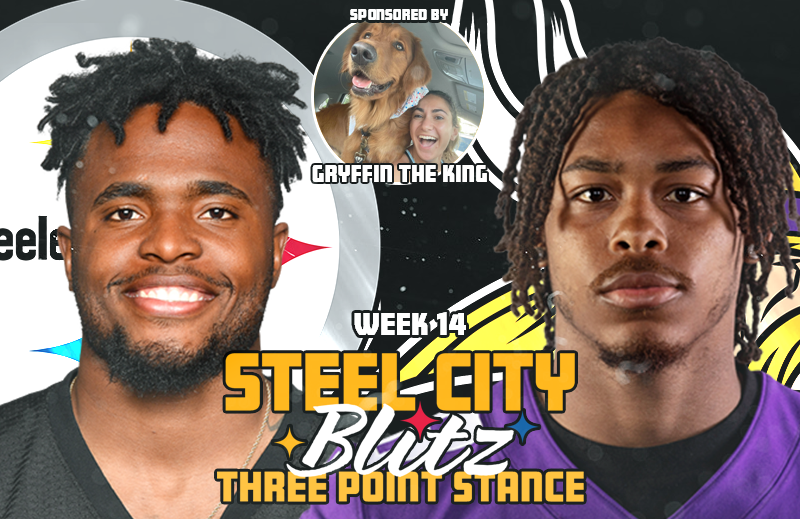 Week 14 is upon us! The Pittsburgh Steelers head to Minnesota fresh off of a terrific rivalry win over Baltimore. Here’s everything you need to know for this one!

Where: US Bank Stadium Minneapolis, Minnesota

Last Week: The Vikings were stunned on the final play losing in Detroit while the Steelers scored 17 points in the second half to defeat Baltimore 20-19.

Head Official: Clete Blakeman. An attorney by day, Blakeman is in his 12th season as a head official. The Steelers saw Blakeman in their week three loss at home to the Bengals.

Injury Notes: Talk around Minnesota is that Cook won’t play but that’s why ‘questionable’ is a 50-50 designation… Darrisaw being out should help the pass rush… No Haden again is putting further pressure on the secondary.

This Week in the AFC North: Baltimore at Cleveland 1pm, San Francisco at Cincinnati 425pm

What You Need to Know: Mike Tomlin is 2-1 all-time against Minnesota… The Steelers are 11-11 all-time on Thursday Night Football… They are 3-9 on the road in such games… Pittsburgh is 31-27 since 1970 in domed stadiums… Ben Roethlisberger has five game-winning drives in 2021 which is the most in the NFL… Ben Roethlisberger has 412 career touchdown passes… Najee Harris has 1,163 yards from scrimmage through 12 games. That’s the most in team history… T.J. Watt is tied with James Harrison for the most sacks in a season at 16.

What’s at Stake: Minnesota is four games back of the Packers with five remaining for the NFC North lead. Essentially, their only chance is to earn a wild-card berth so winning is paramount. The Steelers are in a similar situation. They need to keep winning while the AFC North battles it out.

1. Limit Jefferson. The Vikings will be without Adam Thielen which means their offensive focus shifts even more towards Justin Jefferson. With Joe Haden out again, I’m going to assume Keith Butler will use both zone and man-to-man at times. That said, the most important thing the secondary needs to do is limit the run after the catch. If they constantly let Jefferson run wild after the catch then it will be a long night in the secondary. They don’t have to shut him down, they just have to keep tabs on him.

2. Play-Action Please. Not surprisingly the Steelers rank near the bottom again in the use of play-action passing. They’ve increased slightly the last couple of weeks but this week could be huge. Last week, Jared Goff had some success in play-action and on rolls and half-rolls. This of course all works better if Najee Harris is able to run the ball effectively but even if he can’t, Matt Canada can’t entirely abandon the play-action. Giving Diontae Johnson and other receivers even an extra second to create some separation is massive for success.

3. Bounce Back. Chris Boswell has saved the Steelers a lot over the course of his career. There are times however when even he needs saving which is exactly what happened last week. His missed extra point could have been the difference between winning and losing. But he also had a crucial kickoff go out of bounds which gave the Ravens great field position to start their final drive. As much as he needs to bounce back, Pressley Harvin III needs a big day as well. The Vikings have one of the best return men in the game right now which means Harvin has to directionally kick the ball well and he has to boom punts when the offense is backed up. Jordan Berry, the man he replaced, now punts for the Vikings. Harvin surely doesn’t want to be shone up by him.

Prediction: Like many players, I hate Thursday night games. Player safety? Sure. The Steelers came off of Heinz Field about 7:30pm Sunday evening. They will turn around and travel to Minneapolis and put the pads on four nights later. The good news is that visiting teams actually have won more than they have lost on Thursday’s this season. Plus I have to believe this is an important game for the Steelers in terms of proving they can build on last week. Another performance like we saw in Cincinnati and we can all kiss the postseason goodbye. I have a feeling the defense will make enough plays and so will the offense. 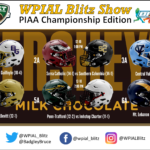 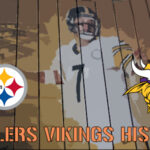