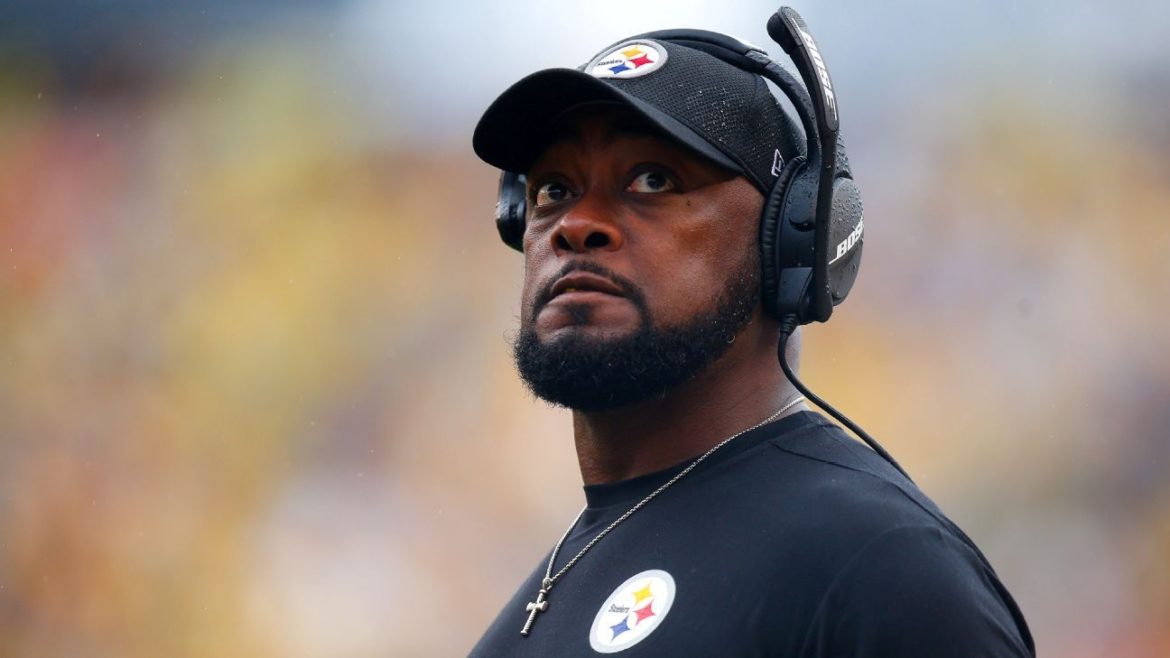 One of many knocks on Pittsburgh Steelers’ Head Coach Mike Tomlin has been that he often struggles to get his team focused whenever incidents that don’t have anything to do with football happen. Losing today in Cincinnati wouldn’t have surprised some in the Steeler Nation but that didn’t happen and Tomlin deserves a little credit.

Just a couple of years ago the Steelers found themselves embroiled in the National Anthem controversy. They went into Chicago favored to win and ended up losing by shooting themselves in the foot at seemingly every turn.

His team also endured Antonio Brown’s ‘Facebook Live’ moment in the locker room just moments after beating Kansas City in the AFC Divisional Playoffs. Whether that played a part in the team’s loss to the Patriots in the AFC Title Game a week later is debatable but it certainly didn’t help.

Perhaps Tomlin learned from those moments? Or maybe it was just the luxury of playing a team that was 0-10.

Tomlin sensed what many of us did; the offense was not doing anything against a really bad defense and the time was nearing. Not to toot my own horn but no sooner had I tweeted this…

It’s time. Have to give Duck a shot. Rudy missing throws when he has zero pressure. #Steelers

than Tomlin made the switch from Mason Rudolph to Duck Hodges. These decisions aren’t easy but that’s why you make the big bucks right? But Tomlin made the right choice and it ultimately helped his team to victory. Whether or not this decision ultimately matters in the outcome of the Steelers’ 2019 season I can’t say but Tomlin went with it and it paid off.

Dealing With the Fallout

While the decision to pull Rudolph was an in-game one, dealing with the fallout of what happened in Cleveland the game before was a ten-day circus. It was over those days that many of us had doubts as to whether or not Tomlin could achieve the focus necessary to go to Cincinnati and win.

While every statistic in the world was in the Steelers’ favor there were still concerns because so much of the week’s focus had been on Myles Garrett and the loss/incident against the Browns. Much of today’s win was ugly. But I won’t apologize for it and I damn well know Tomlin won’t either.

Whatever happens at the end of this season with Mike Tomlin I do not know. But rallying his charges with so many injuries and so many diversions to this victory is not something to dismiss. I’ve been as hard on Tomlin as anyone in recent years but I can also give praise when necessary too. And today was one of those days.

Win Over the Bengals Was a Positive Step for Tomlin was last modified: November 24th, 2019 by steeldad
Antonio BrownMason RudolphMike TomlinPittsburgh Steelers

Yes I agree. Good summary. I didn’t get to watch the game live. Did hear about Mason getting benched. Mike Tomlin is a great coach. I didn’t like him for years, based on…I thought he was betting against our Steelers. Look at his eyes. Ummm no facts or stats there. Thank you Coach Tomlin and my team is the Steelers forever and always!!???

Thanks for the comments everyone. Look, I have a lot of issues with Tomlin especially in recent years but he’s been dealt a pretty difficult hand in terms of injuries and so on. I still have my doubts as to whether they make the playoffs but he’s done a commendable job for sure.

i think Tomlin has proven himself this season with all of the injuries and making the
necessary adjustments. Hope he starts with the Duck next week and see how he
does when he practices with the players all week.

1st in my opinion this is tomlins best coaching since he has been with us. He has kept a locker room of guys together and playing ahard after tons of major player injuries. As far as mason goes, i do think it should have happened way before the incident happened in the cleveland game as mason just wasnt producing. Tomlin did the right move against the bengals and it gave the team a spark, you def saw the o-line stepup and bottom line is it got us a win. The defense cant keep shouldering the load and the offense needs to start sustaining longer drives to get that defense a rest during games.