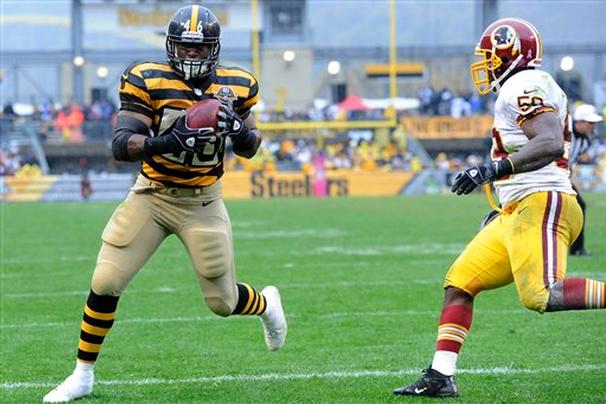 With all the talk of the upcoming draft, it is easy to imagine that at least one of those tight ends will give Heath a promising student to groom. But what if the heir to our beloved Heath’s throne is already on the roster?

At first glance, the 6 ft 2, 238 lbs. fullback doesn’t seem like much at first, but once you fully understand his skill set, it’s not a bad idea at all.

Earlier in the preseason of 2014, the coaching staff made it clear that they wanted to use Johnson more than just a fullback. He has receiving talent, which made the Steelers covet him even more 3 years ago when he went undrafted out of West Virginia.

His rookie year was his best year, as Will caught 15 passes for 137 yards and two touchdowns. His longest catch went for 26 yards in 2012.

Will Johnson also reportedly ran a 4.49 40 in college.

Nevertheless, Will is mostly known for his blocking abilities, which helped set up the revival of the Steelers run game in 2014. He has all around versatility, which should serve him well.

As we all saw, the Steelers lined up Johnson in the tight end slot, but mostly as a blocker in a three tight end offensive. This isn’t enough for him to showcase his skills.

When the Steelers decide to resign him this offseason (they’d be stupid not to), I would like to see where they’ll decide to line him up.

Maybe this will be the year where Will gets more pass catching playing time. He may lack the height, but he’s shown us he has the athletic ability to keep up at the spot.

With household names like Gronkowski and Graham, it’s easy to set the bar too high for an athletic tight end. We must be careful not expect too much, yet we should have the confidence that he’ll be able to get the job done.

As Heath Miller’s snaps will eventually begin to diminish, I can only hope those extra snaps go to someone useful, as I have a feeling Johnson would serve to utilize them well.

Can Will Johnson actually make the leap to full time tight end? I think so, but only time will tell. 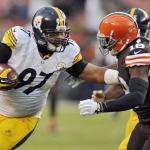