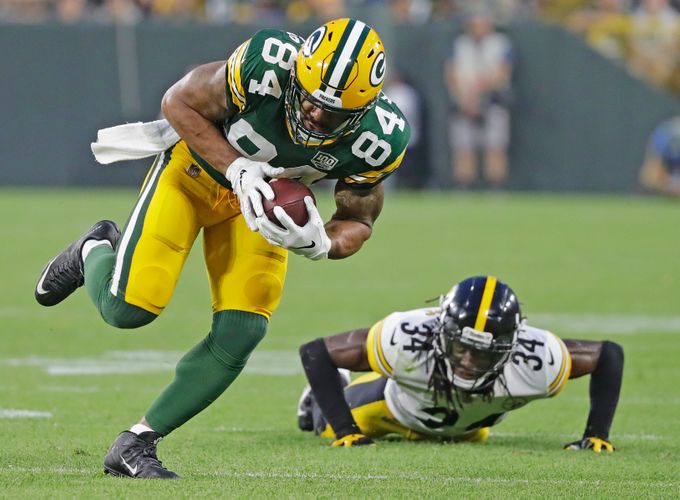 I’m not sorry to be so blunt in the headline but let’s face it; most of you are asking the same question. The Pittsburgh Steelers just aren’t a good tackling football team and there are plenty of excuses but I’m tired of them.

There was a lot of excitement when the Steelers signed veteran defenders Morgan Burnett and Jon Bostic in the offseason. These guys both came in with resumes that were glowing with tales of their tackling prowess. Then they actually showed up and lost this ability as if Pittsburgh were the holder of the tackling kryptonite.

Both men have struggled with their angles of pursuit and their tackling has not been up to the standards that got them a contract here. You don’t just forget how to tackle do you? I’m not saying it’s easy. By no means am I suggesting that, but as Vince Lombardi once said, “What in the hell is going on out there?”

I can’t just pile on these guys because they’ve actually made a few tackles along the way too but for a team that has placed so much emphasis on tackling I am not impressed. Stephon Tuitt had Brett Hundley in his grasp in the backfield last night only to see the quarterback break free and scramble for a touchdown. I wish this were as funny as it sounds but it’s not! That’s a classic case where failing to bring a man down results in a score. If you want the excuses as to why this happening in Pittsburgh here they are.

“We don’t have as much time to work on it anymore. “

“The veterans are struggling with what is acceptable in terms of legal tackling.”

Those are just a few of the excuses we are beaten over the head with but you want in on a secret? Every single NFL team faces the same exact set of circumstances that the Steelers do! So the excuses floating around the south side don’t hold water nor should we accept them anyway!

Believe it or not, the Steelers still had a top ten defense in 2017 despite missing more tackles than any other team depending on which stats you use. Can you imagine how good the D could have been had they been better tacklers?

New secondary coach Tom Bradley was brought in with tackling improvements as one of his major goals. Clearly his teaching has not gotten across to guys like Coty Sensabaugh who still struggles to get players to the ground. What we have to keep in mind is that many of the players we’ve seen on defense won’t even be on this roster come September 1st but I’m not talking about those guys. I’ve pointed out guys who will be on this roster in 2018.

To make things look even worse, some of the best tackling I’ve seen so far in the preseason has been from Markus Tucker and James Washington. Why is that worse? Because those guys are wide receivers making tackles on special teams.

I do not think this problem is due to lack of effort. In 99% of the cases I’ve seen guys hustling to the ball. But maybe this is where coaching comes in. Why aren’t better angles being stressed? Is keeping your head up being taught? What about grabbing and twisting rather than going for the big hit?

I don’t have the answers. I’m not going to act like I do either. But something is just not right. It’s like there’s something in the water or maybe there really is a tackling kryptonite somewhere that travels wherever the team goes. Whatever it is the Steelers better figure it out. 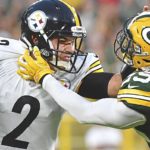 Your not looking from far enough away. Step back and watch from a general sports fan perspective and not as a Steeler fan. Our defensive scheme makes no sense and everyone keeps waiting for this to blossom into something . Well i have come to the conclusion that this is it nothing is going to change. With the Offense not even practicing and the defense doing what they do. I see it taking us awhile to get it together. Right now we are breaking training in a hot mess. Zero reps for the starting offense all preseason. and a bend and break defense. No the sky isn’t falling but the fact is this team is going to need more time than they have.

Their excuses are pathetic and BS! MORE TIME is being spent in per wees through college on the latest greatest tackling techniques to avoid head injuries!! Secondly there isnt time?!? WTF ?!? Then why do have a defense out there at all?? Just let the offense run free…or start practicing how to pull flags or how to touch with 2 hands. For a coach and a staff to pride themselves on no excuses they sewm to have a bunch when it comes to this issue which is a discipline and COACHING issue!!