Home WPIAL Who Will Win the 2021 WPIAL Receiving Title?
WPIAL

Who Will Win the 2021 WPIAL Receiving Title? 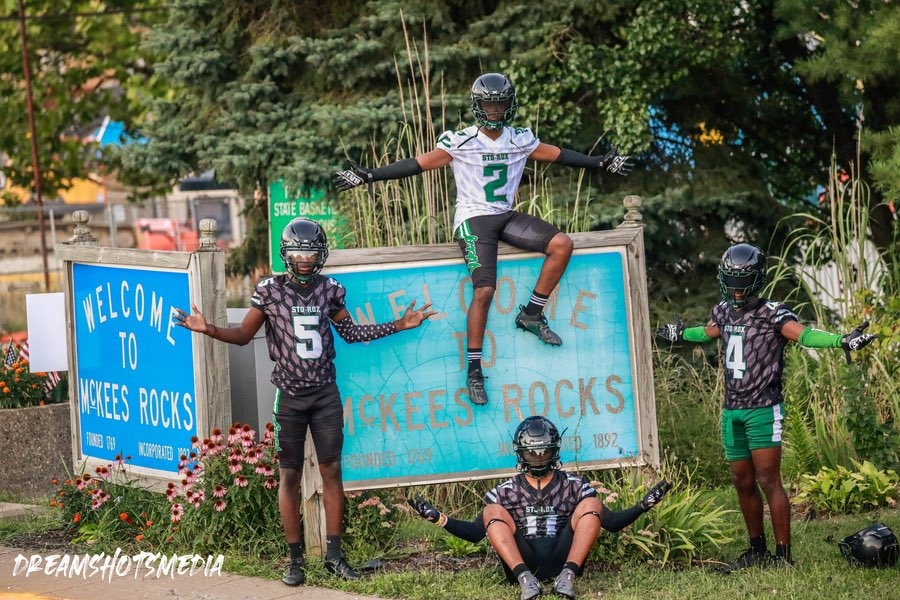 The title of the WPIAL receiving champion has a dual component where two different players could claim the crown in the same season. This happened in 2019 when Yough’s CJ Waldier had the most receptions (72) while Upper St Clair’s David Pantelis had the most yardage (1135 yards). Waldier repeated the feat in 2020, leading the WPIAL with  46 receptions in 7 regular season games. At the end of the regular season, South Fayette’s Charley Rossi (711 yards) was the WPIAL’s yardage leader. Interestingly, unlike the WPIAL Rushing Crown where the winners typically had big seasons the year prior, the receiving champions have often flown under the radar the previous season

Here’s a look at the top contenders for the WPIAL receiving titles this season. Of note, their receiving stats from last year are full season statistics, which include both regular season and playoff outings. I am not going to try to guess between receptions and yardage, as all of these players have the talent to be right in the mix for both.

Green-Miller is the top returning receiver in the WPIAL from last season. He finished in the top five in receiving yards in Sto-Rox’s explosive offense. Regardless of whether Josh Jenkins or Austin Jones plays quarterback for the Vikings (both are talented passers), Green-Miller is a home-run hitting threat to take it to the house any time he touches the ball.

West Allegheny returns QB Gavin Miller who is one of the top contenders for the WPIAL passing crown. Last year Miller and Spencer connected for 670 yards and 4 TDs. With both players returning for their senior seasons, they are poised to put up big numbers. West Allegheny should be right in the mix for a playoff spot in the 5A Allegheny Six Conference, and will likely need to lean on their passing game to win the shootouts that have become common in that conference.

Jenkins transferred from Fox Chapel to Blackhawk this season and will provide an immediate boost to the Cougars passing attack. Quarterback Carson Davidson will return for his senior season after throwing for over 700 yards, and that was without a talent like Jenkins in the lineup.

Eli Heidenreich has committed to Navy and is the most explosive player on a Blue Devils offense that returns nearly all of their starters from a semifinal team last season. Heidenreich accumulated over 300 receiving yards, over 100 rushing yards and scored 7 times. The biggest benefit is that he gets another year with QB Joey Daniels who enters his third year under center. Heidenreich averaged 25 yards per catch last season and with the efficient Daniels (who completed 70% of his passes last season) throwing him the ball, looks primed for a monster season.

It may be surprising to see someone from North Hills on this list. The Indians have traditionally been a ground-and-pound team that rarely threw the ball. But Dickerson is a dynamic talent who blew up the 7-on-7 circuit this summer. Two of his longest touchdowns last year came on kick returns, and North Hills will use him all over the field. That said, North Hills should do everything they can to get the ball in his hands as often as possible and just let the magic happen.

Brett Birch and Patrick Body (Gateway) – One of the biggest stories of the offseason was the Birch brothers transferring to Gateway. QB Brad Birch, who picked up an Oregon offer after his freshman season, and his older brother Brett figure to both be significant contributors for the Gators this season. Brett Birch, who put up 669 yards last year at Jeannette with his younger brother Brad throwing him the ball, now forms a tandem with Cincinnati-commit Patrick Body who had 264 yards and 4 TDs last season.

Abraham Ibrahim (Chartiers Valley) – Dual-threat QB Anthony Mackey returns for the Colts who reached the playoffs last season. Ibrahim was the team’s second-leading receiver with 274 yards but their most explosive playmaker, averaging over 22 yards per reception. With Mackey back this season and leading receiver Anthony Collura graduating, look for Ibrahim to become the top target in Char-Valley’s passing game.

Terrell Booth and Jayvon Campbell-Holt (Serra Catholic) – The Eagles have a returning dual-threat QB in Max Rocco and a quality tandem of playmakers on the outside. Booth and Campbell-Holt each caught 17 passes last year and had over 330 yards and averaged around 20 yards per catch. This makes for a difficult offense to defend because both receivers are equally capable of exploiting the defense. Serra Catholic brings back nearly all their starters from a team that led the WPIAL in regular season scoring and reached the semifinals last year. The Eagles look primed for another massive offensive season.

Brooklyn Cannon (Clairton) – Cannon is the top returning skill position player for the Bears. Last season, he put up 560 yards while averaging an incredible 37 yards per catch. Cannon is a game-breaking talent capable of a big play any time he touches the ball. He may not get the volume of receptions some of the other guys on this list see, but he is also a threat to score any time the ball comes his way.

Dylan Rogers (Fort Cherry) – Fort Cherry snapped an 18-game losing streak last season then went on to win 3 of their last 4 games. The offense started to come alive with dual-threat QB Maddox Truschel at the helm. Truschel returns for his senior season after throwing for over 900 yards. Dylan Rogers led the receiving corps as a reliable target with 30 catches for 525 yards and 4 TDs. Both Truschel and Rogers are returning for their senior seasons and should connect early and often. Rogers averaged 17.5 yards per catch, making him not only Fort Cherry’s most reliable but also their most explosive playmaker.

Drevon Miller-Ross (Sto-Rox) – Having a second Sto-Rox player on this list tells you just how darn talented the Vikings are this season. In addition to Jaymont Green-Miller, Drevon Miller-Ross posted 468 yards and 5 TDs last year with both players averaging over 20 yards per catch. The Vikings have two quarterbacks coming back who can both push the ball down the field and make big plays happen. Expect a wide open passing attack from Sto-Rox this season, with plenty of balls to go around for all their talented playmakers to have opportunities.

Who Will Win the 2021 WPIAL Receiving Title? was last modified: August 24th, 2021 by Ian
WPIALWPIAL Football 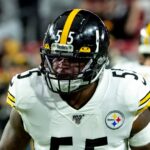