What I’m Predicting for the Steelers in 2018 and Why 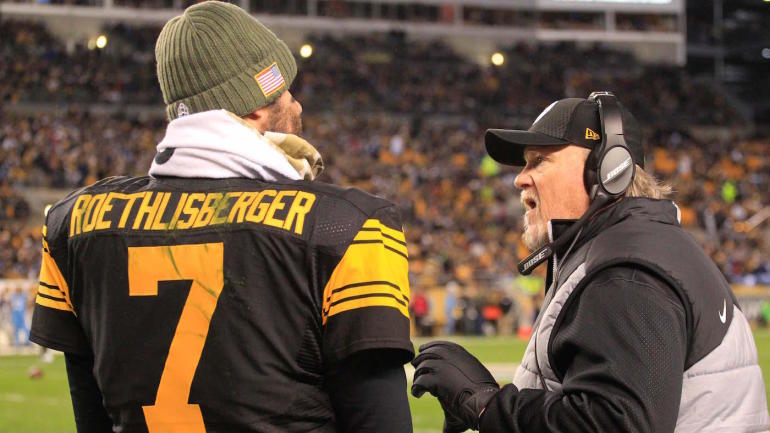 Predicting the regular season record for an NFL team shouldn’t really be that hard. How much do teams really change from year to year right? The problem is that sometimes teams do in fact change, some for the better and some for the worse. You can certainly use personnel changes or coaching changes to help formulate a prediction but what is most difficult is injuries. You know they’re going to happen but to whom and how severe will they be? For this year’s Pittsburgh Steelers, all of the above apply but so to does the “Bell Issue.” More on this later but now, the breakdown and the prediction.

As I write this, Le’Veon Bell has yet to report (although reports are he will show on Saturday). Even when he does I do not expect big numbers from him until three or four weeks after his arrival. James Conner is in a much better position this year to fill his shoes but he can’t do it alone. Stevan Ridley and to a lesser degree rookie Jaylen Samuels will be given opportunities in certain situations. The offensive line is solid across the front and B.J. Finney is one of the better interior reserves in the league. Rookie Chuks Okorafor seems to have the job as the swing tackle. If there is any constant on this unit it’s Jesse James. There’s no way to count on Vance McDonald so James has to prove he can move the sticks and be there for the bailout. Ben Roethlisberger is Ben Roethlisberger. Don’t be surprised if he starts slowly again after a preseason in which he saw action just once. I do believe he’ll get going and will be fine like he always is. The receiving corps begins and ends with Antonio Brown. I say this because JuJu Smith-Schuster and James Washington must be able to take the pressure off of Brown. If they can’t, then AB faces more and more double teams and that’s not good.

The interior of the Steelers’ D should be solid with Cam Heyward, Stephon Tuitt and Javon Hargrave. The depth is decent is with Tyson Alualu and L.T. Walton but the big issue here is stopping the run and they must do better. You know the story at inside linebacker. It’s Vince Williams and ??? More than likely Jon Bostic fills the void of the injured Ryan Shazier but can he do enough because he’s highly questionable in coverage? On the outside the Steelers have Bud Dupree, T.J. Watt and Anthony Chickillo. They’ve yet to make a move so entering the season with just three OLBs is concerning. Don’t be surprised to see Matthew Thomas line up there occasionally. The secondary has to be better doesn’t it? Morgan Burnett is a solid tackler and Sean Davis can now play centerfield and use his athleticism while the corners seem solidified with Artie Burns and Joe Haden. I suspect we’ll see a good deal of first round pick Terrell Edmunds in certain packages along with Mike Hilton who was so good coming off the edge last year.

Chris Boswell is one of the most clutch and consistent kickers in the NFL and he is now paid as such. Kam Canaday beat out a sixth round draft pick last year to be the team’s long snapper and he’s had no hiccups. Jordan Berry retaining his position as punter is both troubling and surprising. Matt Wile had a very good preseason and while he may not possess the “knock it inside the 20” ability of Berry, his leg allows for big kicks to flip the field or get the team out trouble. I can’t say the same for Berry. The return game received a shot in the arm last week when the team traded for Ryan Switzer. His first job? Take care of the football. His second? Make splash plays. His ability to give the offense shorter fields is every bit as important as a punter who can flip it.

Mike Tomlin is a top five coach in the NFL. He’s never had a losing record and has been to two Super Bowls winning one. But… there is a fair amount of pressure on Tomlin after a humiliating home playoff loss in 2017 and the inability to get past New England. If this team stays healthy and gets into the postseason then nothing short of a Super Bowl appearance would suffice. That may seem demanding but how many more chances is Tomlin going to get? Randy Fichtner will have to be really bad to find himself out of job after this season. He’ll have a nice grace period in 2018 but at the same time there will be few excuses considering the talent at his disposal. I am of the opinion that both Keith Butler and Danny Smith are on thin ice. Their units have to show improvement from last season and in Butler’s case, the defense must get better against the run and also needs to create more turnovers as well.

I see the Steelers finishing 10-6 and winning the AFC North. They will be the third seed in the AFC Playoffs.

The Steelers had a very favorable schedule last season in two ways. They didn’t travel outside the US Central time zone and they faced a number of backup quarterbacks. These two things, as they stand today, will not be the case. The Steelers must travel to Oakland where Ben Roethlisberger has never won. They go to Denver which is never easy and they have to travel to New Orleans and play a very good offense in a loud dome following a slug-fest with New England. Besides Drew Brees of the Saints, they’ll play Tom Brady, Cam Newton, Philip Rivers and Matt Ryan as well. When you look across the AFC North you see improvement. The Browns will be better. I didn’t say playoff bound but they will be better due to more talent and coaching. The Ravens will also be better with improvements to the offense and defense and Cincinnati has solidified itself on both sides of the ball as well. I do not see the Steelers going through the division unscathed as they did last season. A hot start to the season is imperative because the back end is going to be treacherous. Lastly, I do not see the calling out of Bell by his linemen as a long-term problem. It will be addressed and the team will move forward. I hope I’m right about that.

We should have let Bell go and used the 14 Mil on Mack and switched Dupree to the middle. This would have sent the proper message. Instead we choose to wait for a RB who’s going to play not to get hurt. 10-6 sounds about right and look for some rough spots along the way.