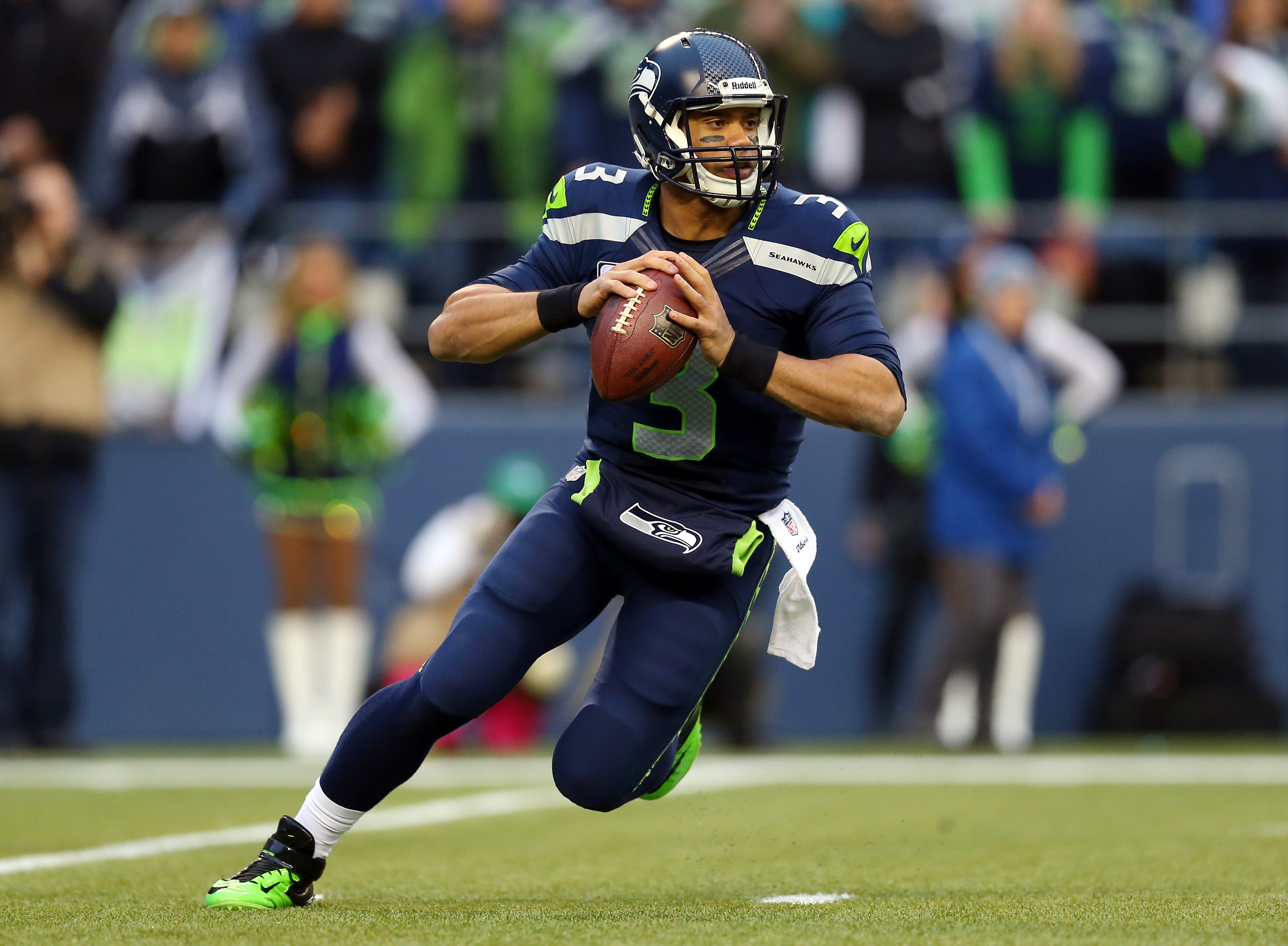 Today, finally, we shall watch football. You know what that means? It is time to set your fantasy football lineup! Not knowing who to play at a given position is very frustrating because one wrong decision can turn a win into a loss.

What goes into determining who to start or sit:

Pedigree: Simply, who the better player is. Who has proved to be a good start in the past.

Opportunity: This has to do with how much opportunity are these players going to get? Here are a few examples:

QB: Does this QB start? Does he throw a lot?

RB: Is this RB part of a ‘running back by committee’ (RBBC)? Is he involved in the passing game at all? How many rushes does he get?
**RBBC: A team’s decision to start multiple RBs instead of concentrating on one or two solid choices.

WR/TE: Is this WR/TE a receiving threat? How many targets does this player demand per game? Is this player just a red-zone touchdown guy? Can he get me yards?

Kicker: Does this kicker miss often? Does he usually kick from 50+? Does the team he kicks for go for it on 4th down a lot? Does that team go for 2 a lot?

Supporting Cast: Does this player have a good team surrounding him? Will his teammates help or hurt him? Here are a few examples:

QB: Does this QB have reliable weapons to throw to? Does he have a decent offensive line that won’t get him killed?

RB: Will his offensive line help this player or hurt this player? Is his QB good? If not, the opposing defense will stack the box against the RB. (Ex: Minnesota, Los Angeles)

WR/TE: Is his QB good? If not, they may run the ball more, hindering his opportunity.

Match up: Does the opposing team of the player you are starting rank well/badly against your player’s position?

Russell Wilson VS Miami Dolphins – His offensive line isn’t good, but Wilson has the intelligence and legs to maneuver around this obstacle. The Dolphins were 18th against quarterbacks last year. They have a great defensive line, but a lackluster secondary, highlighted by rookie 2nd round pick Xavien Howard, whom I expect Wilson to attack.

Kirk Cousins VS Pittsburgh Steelers – Cousins has a great matchup this week. Pains me to say that because it is against our Steelers. Nevertheless, we all know the Steelers secondary isn’t good, but their pass rush has been inconsistent as well. With Matt Jones banged up and with the weapons that Cousins has in his arsenal, he should be a starter.

Spencer Ware VS San Diego Chargers – Ware isn’t going to be on this list frequently. He has a great match up against the 28th ranked defense against the run. Jamaal Charles is likely out this week, so Ware should have a good game.

Latavius Murray VS New Orleans Saints – I’m not high on Murray this year, but he has a match up you just can’t ignore. The Saints gave up an average of 20.7 fantasy points per game against running backs last year, and they haven’t improved. If Murray can hold onto the ball, he should have an excellent game.

**Christine Michael is ahead of Thomas Rawls on the depth chart.

Golden Tate VS Indianapolis Colts – Tate is the #1 receiver in Detroit now with Calvin Johnson’s retirement. The Colts defense is going to be very bad this year and Vontae Davis is out with injury. Tate should have a very good game.

Sterling Shepard VS Dallas Cowboys – Shepard is going to be overshadowed by O’Dell Beckham Jr. all season, but he offers a skill set that Eli Manning hasn’t had. He is a very good route runner, has reliable hands and can give you yards after the catch. With Dallas’ poor defense most likely double covering Beckham Jr, Shepard should have a lot of opportunities to make plays.

Coby Fleener VS Oakland Raiders – This is a risky pick, but I’m going for it. Fleener has reportedly been struggling with the Saints’ playbook. I am confident that the 30th ranked defense against tight ends last season will struggle to handle Fleener’s skill set. Brees will be throwing the ball a lot, so the opportunity will be there for the taking.

Vance McDonald VS Los Angeles Rams – Another risky pick, but this is what fantasy football is all about! McDonald has had a great preseason and has very good chemistry with Blaine Gabbert. San Francisco’s lack of weapons makes McDonald even more intriguing. The Rams were also ranked 22nd against tight ends in 2015. I expect a touchdown and 60+ yards for McDonald.

Texans D/ST VS Chicago Bears – The Texans defense is actually very good. I don’t have much faith in the Bears’ offense right now and you can usually expect 4-5 dumb mistakes per game by Jay Cutler.

Bills D/ST VS Baltimore Ravens – Rex Ryan usually puts out a good defense. The Ravens have a non-elite quarterback in Joe Flacco, a running back situation that is filled with questions, and a wide receiving corps of two. The Bills should have a relatively easy time holding the Ravens to minimal points.

Cam Newton VS Denver Broncos– Yes, the MVP needs to sit Week 1. The Broncos’ defense is very good and it will handle the Panthers’ offense again just like Super Bowl 50. If your backup quarterback is decent, play them over Cam.

Ryan Tannehill VS Seattle Seahawks– Seattle’s defense is just too good. I don’t have much faith in Tannehill as it is, but this matchup is not pretty.

Matt Jones VS Pittsburgh Steelers– Jones is hampered with a shoulder injury but should be playing in Week 1. Pittsburgh ranked 2nd against running backs in 2015 and Washington will look to pass often.

Jeremy Langford VS Houston Texans – Not a very good match up for Langford. I have yet to see enough that he can be depended on and he is on a ‘prove it’ deal with me right now. If you have other options, weigh them with the methods I laid out at the beginning.

**Avoid the Ravens and Jaguars backfield if possible, they are running more than one starting running back (RBBC).

Vincent Jackson VS Atlanta Falcons – The Falcons have an underrated pass defense and Jackson isn’t exactly young. Mike Evans will demand more targets and I think the Bucs will run the ball quite a bit.

Jeremy Maclin VS San Diego Chargers – I’m not a fan of Maclin to begin with, but he does not have a favorable match up. Although he may have a lot of opportunity with the Chiefs’ run game hampered by Jamaal Charles’ absence, he has Jason Verrett covering him and Alex Smith at quarterback, who doesn’t throw touchdowns to his wide receivers often.

Jimmy Graham VS Miami Dolphins – This is a combined match up and availability issue with Graham. He might or might not be ready for Week 1 action, so that right there is a red flag. The Dolphins were also ranked 8th against tight ends last year.

Martellus Bennett VS Arizona Cardinals – Arizona has a good defense and will give Jimmy Garoppolo fits all day. Bennett has Rob Gronkowski in front of him, so it is safe to assume Gronk will demand a ton of targets over Bennett.

Raiders D/ST VS New Orleans Saints – I am a fan of the Raiders defense this year. I am not a fan of any defense against the Saints. Drew Brees always deploys a high powered offense and he is stacked with weapons across the board, as well as a run game. If you can, go with another defense this week.

Jaguars D/ST VS Green Bay Packers – Again, I am a fan of the Jag’s defense this year. Just not a good match up against a team who is set offensively across the board. The Jag’s defense is also on a ‘prove it’ deal with me.

Jamaal Charles most likely won’t start against San Diego. If he logs snaps, they will be minimal. Spencer Ware is set to start with Charcandrick West spelling him.

Rob Gronkowski is reportedly not 100%

Carlos Hyde (concussion) was in attendance for Wednesday’s practice in a non-contact jersey.

Golden Tate is dealing with an ankle injury.

If you have any questions on who to start/sit for your team, you can tweet the site at @SCBlitz and hashtag AskCnic (#AskCnic) and I will answer your questions for you!

Image by: Sports On Earth 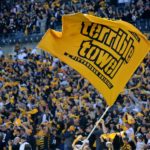 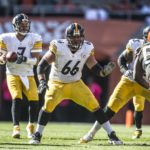