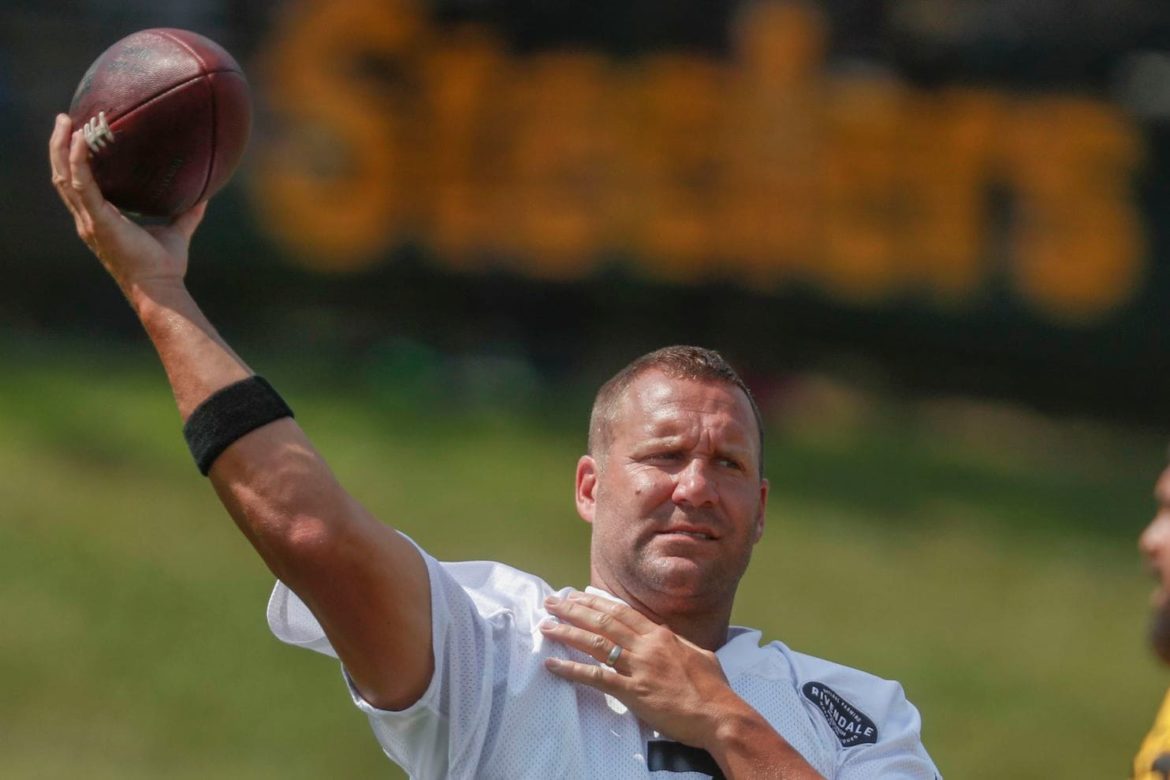 Steelers head coach Mike Tomlin has spoken out to reassure Steelers fans that quarterback, Ben Roethlisberger hasn’t sustained a problematic injury. Roethlisberger, who enjoyed one of his best NFL seasons to date last season, missed back-to-back practice sessions, sparking rumors that he had suffered an injury with preseason just around the corner. However, despite being seen wearing a compression sleeve on his leg, Tomlin confirmed that his main quarterback wasn’t unfit for training.

Instead, Tomlin revealed that Roethlisberger’s absence was purely down to the Steelers’ staff wanting to get a good look at quarterback back-ups Mason Rudolph and Josh Dobbs. Mason Dobbs was the only player aside from Roethlisberger to have a throw last season and Tomlin said he was wanting to use preseason to “create more opportunities” for Rudolph and Dobbs.

It’s clearly a sensible move from Tomlin to want to see some of Roethlisberger’s proteges in practice. Roethlisberger isn’t getting any younger and, at the age of 37, no-one knows whether the 2019-20 campaign could be his last. It’s particularly important for Mason Rudolph that he gets a pathway for development, having spent his rookie year with the Steelers as third-choice quarterback.

However, it has to be said that Roethlisberger did manage to play all 16 games last season. A feat that he’s not achieved since 2014. Whether or not those heroics can be replicated – given Roethlisberger’s injury history – in 2019/20 remains to be seen. If fit, there’s still no way that Tomlin can leave the veteran on the sidelines. Last season, Roethlisberger was top of the league in terms of passing attempts, yards, yards per game and even interceptions. In his 16 appearances, he totaled 5,129 yards, which was the seventh-highest total in the history of the NFL.

Agonizingly, even with a fully-fit Roethlisberger, the Steelers were just a single win away from making the NFL playoffs last season. Most NFL betting experts don’t anticipate that the Steelers will be quite so fortunate to have Roethlisberger available for all 16 games this time around, with almost a dozen sides rated to have a better chance of winning Super Bowl LIV. At +2000, there would appear to be several other sides with more attractive rosters this season, with the Patriots and the Rams leading the way as the most popular teams for futures Super Bowl betting in preseason so far.

Recent interviews with Roethlisberger have revealed that the Steelers’ worst-kept secret for the upcoming season is possibly coming to fruition. Roethlisberger admitted that Tomlin is set to employ two-running back sets for some games throughout the season. More running back sets in 2019/20 will mean the Steelers having to put their faith in a host of  backs coming through the Steelers’ system. The loss of Antonio Brown, who caught over 100 passes in Pittsburgh’s last six successive seasons, will be felt greatly, but Roethlisberger believes the likes of James Conner and Benny Snell can weigh in this coming campaign and contribute in the Steelers’ passing game.

Where Should Mike Tomlin Rank Among NFL...