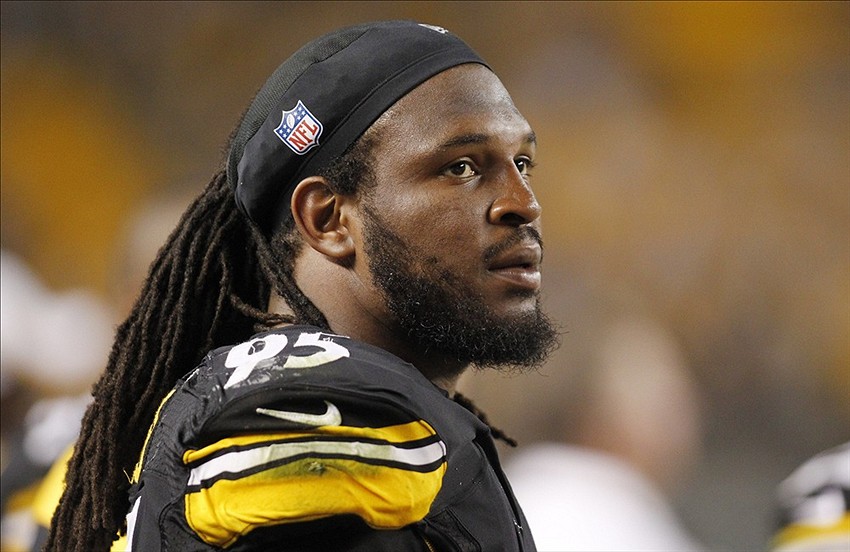 Ultimately that’s what it came down to for the Pittsburgh Steelers who declined to pick up the fifth-year option for outside linebacker Jarvis Jones. Five total sacks in three seasons was not what the Steelers or the fan base expected when Jones was drafted out of Georgia in the first round.

The writing was pretty much on the wall for this decision as the Steelers selected Travis Feeney, an outside backer from Washington in the sixth round of this past weekend’s draft. Besides that, the team’s transformation to a more hybrid defense also helped to spell doom for Jones.

Jones could shock all of us and have a huge season in 2016 as he enters his free agent year and while that would be great for him I don’t think anyone is expecting it especially with where the defense is headed schematically.

If the recent draft didn’t tell you then let me; the Steelers are in a transition phase where they are going from a base 3-4 to four-man front. I believe it will ultimately become a base 4-3 but in the meantime you’ll continue to see hybrid looks. This evolution likely means less playing time for Jones who likely becomes more of a situational player.

Jones was far from the only former first round pick of the 2013 Draft to have his option declined. Tennessee did the same with guard Chance Warmack and Baltimore followed suit with safety Matt Elam. We all expect first round picks to be starters and superstars from the get-go but it’s ultimately a 50/50 proposition when you look at the overall numbers.

Were there better players available that the Steelers could have drafted rather than Jones in 2013? Darn right there were in fact four of the next five selections have made Pro Bowls. Hindsight is 20/20 as they say and the Steelers aren’t unique. Every team in the league has missed on first round picks but this one just seems to hurt a little more.

Will Jones be back in the black and gold in 2017? I highly doubt it but rest assured, this is the right move based on a simple lack of production. 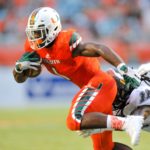 I never could understand this pick. When we drafted him I compared him to Zeke Gadson of Pitt a great college talent with a skill set that just doesn’t translate to the faster more physical pro game.

I think the thing that has always held him back is his inability to move laterally. He is solid setting the edge, actually excels in coverage (for a linebacker) and is a good pursuit tackler. Where he comes up woefully short is as a pass rusher.
Jones is miscast in Pittsburgh’s D. He should be a 4-3 WLB someplace else.

While I think a 6th round, 6’4″ 230 pound skinny OLB who doesn’t fit it a 3-4 scheme is no threat to Jarvis Jones or anyone else on the roster (at least not until he puts on some weight), I do think this was the right move.
Jones would have been guaranteed $8.4M in 2017 on the first day of the 2017 league year. He also would have had an injury guarantee that would have effectively given him the same guaranteed salary if he suffered a serious injury in 2016 because he would not have been able to pass a physical in March 2017.
If he was cut at that time to avoid paying his 2017 salary, he could filed a grievance against the Steelers that he was cut while injured and had a pretty solid case that he was owed that salary.
In my opinion, they should have offered him a small signing bonus now on a team friendly extension that allowed them to cut him with little to no consequence later. As things stand, if he somehow has a great year and they decide to keep him, he will be difficulty to sign.
Alas, they may have tried doing what I just described. They certainly took their time deciding. They were the last team to make an announcement regarding the 5th year option on their 2013 1st rounder.

Hybrid Defense is fine but a 4-3 Base Front will only weaken Heyward’s impact as he not a 4-3 end and if you put him at the spot then your taking 1 OLB off the field which I hate so much I can’t even begin to describe to tell you about that. You watch as Fenney gets dumped before the end of the preseason. Even the best speed Edge guys have power to use as leverage vs Opposing OL so that they can get to the QB, if you move to a 4-3 then why take Bud Dupree? You would either make him a 4 DL which I don’t like or ends up being a 3rd ILB which is worse so why go that route? Please don’t tell me it’s to create more mismatches or some garbage like that cause I don’t want to hear that. This draft had no OLB’s outside of 2 guys Spence and Holmes so the possibility of finding another edge rusher was not happening. In 2017 yeah a good chance the Steelers find that Edge Rusher but for now fans will have to live with what they have. This Defense can succeed with it’s 3-4 base and even hybrid looks but the moment you go to 4-3 Base you have no use for Butler or some of the other guys on this roster so even talk about it?

Vic, I’d try explaining it to you, but based on my experience with you, doing so is an exercise in futility.

He’s just to slow to play OLB in the NFL Should the Steelers have ever considered a LB that runs A 5.0 [40]. I watched him closely he has horrible technique crashes the line horizontally almost every time he just not a good NFL player and the numbers bear that out. With his experience in the system he would be a good back-up nothing more.

Well, he did manage to run down CJ Anderson from behind in the Denver playoff game. I would have to say “too slow to play in the NFL” is probably an exaggeration. But, that’s me.

COME ON MAN!!! We have had a long history of just extremely great OLB’s and he ain’t one of them. There comes a time when cutting your losses is the right thing to do. OVER AND OUT.

Bob, I’m not saying the guy is great. In fact, I’m on record as believing that Jarvis is miscast in the Steelers scheme. All I said was that saying he is too slow to play in the NFL is a stretch.

This defense really isn’t a 34 anymore its a hybrid/sub package 2-4-5 and Fenney if he stays healthy is going to be a star. Fenney is a former safety who hits like mac truck.

They made the right choice on Jarvis because he hasn’t earned that type of money with his play. I can see them resigning him at a cheap price/discount if the plan on using a 3-3-5 as well as 2-4-5 defense.(wlb in 3-3-5)