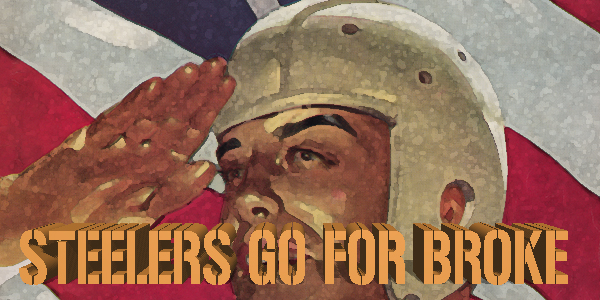 The challenge the Pittsburgh Steelers faced in their early years was competing with the more popular collegiate football in Pittsburgh. In 1946, Art Rooney and Bert Bell found the perfect solution.

Dr. Jock Sutherland had been the outstanding coach of the Pittsburgh Panthers from 1924 until he resigned in 1938. His resignation followed two years of wrangling with the athletic department after the university’s chancellor decided to reduce the emphasis on athletics and Sutherland decided it was time for him to move on.

Sutherland, who once stated he would never field a team that didn’t have a chance of winning, left behind an exemplary record of never coaching a losing season and with fielding unbeaten teams in 1927, 29, 32 and 37.

At the beginning of 1940, Sutherland was sounded out by Art Rooney to take over as head coach of the Steelers. Sutherland’s name was also put in the frame for various vacant collegiate coaching positions. His success record was a huge attraction for any football team seeking a new coach.

When he finally signed with the Brooklyn Dodgers, Sutherland acknowledged, “I’m pleased to get into pro football, a game I have been watching with great interest the past few years. I’ve found that although the NFL is professional, the spirit of the game is amateur and few play it who do not have the amateur spirit.”

The Dodgers were owned by wealthy Dan Topping who could afford to offer Sutherland a better deal than Rooney. After the Dodgers had suffered six consecutive losing seasons, Sutherland turned them around. In his two years at Brooklyn, his team produced a 15-7 record with back to back winning seasons.

In 1942, at 53 years of age, Sutherland temporarily turned his back on football to enlist in the navy. When World War II was over, Sutherland was looking to go back to the game he loved. Fortunately for the Steelers, he returned to Pittsburgh.

The Steelers were still waiting for his response to an offer they made to him a year earlier and were hopeful for a positive decision.

When the Redskins played the Steelers in early December 1945, he was spotted in the press box. In reply to a question as to his intention to return to coaching, he joked, “I’m going to loaf for a few weeks, get accustomed to civilian clothes again and then look for a job.”

Sutherland could be relaxed about deciding where his future lay. He was held in such high regard he would have no problem with finding a coaching position. Newspapers around the country penciled Sutherland’s name in for several college positions including the vacancy at Navy as the click bait of the day sold newspapers.

It was only at the end of December that Sutherland was finally confirmed as the new head coach of the Steelers. Co-owner Bert Bell made it clear the Steelers organization were happy they finally got their man. “He’s the man we’ve been wanting right along,” said Bell. “We are confident he’ll produce a winning team.”

Bell and Rooney had made the decision to go for broke in 1946 with Sutherland at the center of their gamble. During the previous three years, the Steelers had been signing players, who were serving in the armed forces, ready to play for the team on their discharge.

Within a week of securing Sutherland’s agreement to coach the Steelers, Bell was installed as the commissioner of the NFL. This involvement meant he had to adopt a neutral position as the overseer of the league and sell his shares in the Steelers. Bell would have to watch his former investment from the sideline.

With the addition of Sutherland, 1946 was to become an important time in the progress of the Steelers and SteelCityBlitz will explore how it panned out next week, so please return to follow the history of the team we love.