Our 2020 Steelers Training Camp Previews continue as we look at the Outside Linebackers. The Steelers obviously feature one of the best tandems in the league based on last season but who provides depth at such a crucial position? We are taking a look.

What can really be said here? Watt recorded 14.5 sacks, forced eight fumbles and had two interceptions. He finished second in Defensive MVP balloting and now looks to top that in 2020. He has proven he is the ultimate outside backer excelling at stopping the run, pressuring the QB and being able to cover when needed.

With no long-term contract, this is likely the final season in Pittsburgh for the former first round pick. After several seasons of average play, Dupree broke out in 2019 with 11.5 sacks. He’ll play under the Franchise Tag this season earning around $15 million. If he performs the way he did last season then he’s looking at a very nice payday in free agency. Should he fall back to the play of his first four seasons then his opportunities for a big contract diminish.

Some guys seem to scratch the surface but can’t quite break through and that’s where I often view Adeniyi. He has flashed some real brilliance at times but has yet to put it all together. That said, he finds himself as the current top reserve at is very much needed on this roster. Staying healthy is also a key for him.

Yet another in a long list of MAC linebackers to play for the Steelers, Skipper grew a bit of a cult following after a strong Training Camp last season. Despite that, he was released, went to the Giants and was released again. He found his way back to Pittsburgh before season’s end and now must show he’s worthy of making the roster as a Special Teamer first and reserve second.

In 2018, Highsmith recorded 18.5 tackles for loss but just three sacks for Charlotte. In 2019 however, he picked up 21.5 tackles for loss and a whopping 15 sacks. He brings a very nice blend of size and speed to the position and there’s little doubt he was drafted to ultimately replace Dupree when he ultimately departs.

This is a smaller than usual number of OLBs to have in Camp for the Steelers. That said, I expect to see some of the guys who played inside in college be given a shot on the outside early in Camp. Outside of that, this part of the roster is very much set in my opinion and will unlikely change barring injuries. 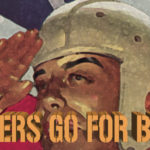 No Long-Term Deal for Dupree; Steelers Will...