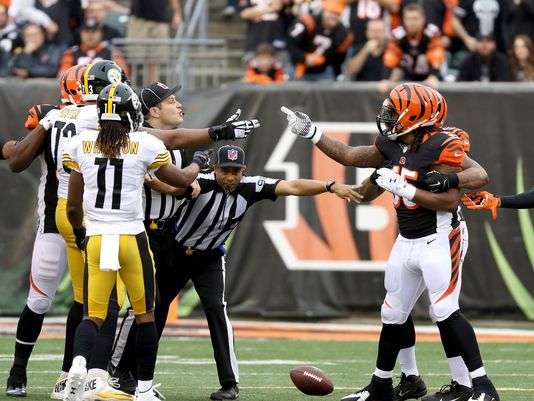 That was a great game on Sunday. Everything looked great except for the penalties again. Just imagine the yards Le’Veon Bell would have had if the offense gone through him sooner.

Now on to what I consider the toughest game of the year.

This weekend gives the players an additional challenge that doesn’t even exist against the Baltimore Ravens. This challenge is not just winning the game on the scoreboard but on the injury front.  Last 2 years the Cincinnati Bengals removed Bell from being available for the playoffs. We all know what happened to Antonio Brown in the playoff game.

People and experts say that the Bengals want nothing more than to help keep the Steelers out of the playoffs. I disagree.

Sure some of their players want that. Most of those guys play on offense. The players the Steelers need to watch out for play on defense. The guys that have sent their Super Bowl hopes down the drain.  To win this game means something different than normal. I think we all want the Steelers to win to keep hold of the division and they can do that by beating the Ravens and Browns.

They cannot however win the division without Bell, Antonio Brown, or Ben Roethlisberger. A win this week is not only one on the scoreboard but also walking off the field healthy is important as well.

Mike Tomlin said in his press conference that the team is treating this like any other game. From a coaching stand point, I am sure they are.

I would be surprised if it is not on the player’s minds. Two weeks ago Ramon Foster gave a knee to a Giants player trying to take Bell’s head off. I wonder what Foster might do if a Bengals player tries that?

One of the plays I remember watching growing up has nothing to do the Steelers. Charles Martin of the Packers basically broke Jim McMahon’s shoulder. After McMahon released the ball, Martin took a good 4 steps and picked up McMahon then slammed him to the turf.

That is the type of play that the Steelers need to keep in mind this weekend. I don’t think the Bengals will do anything as blatant as what Martin did but the Steelers need stay alert and stay in control. After all it is the second man that normally gets caught. 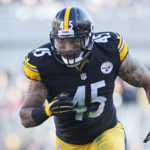