Steelers’ Haley Gets Cute Again at the Wrong Time 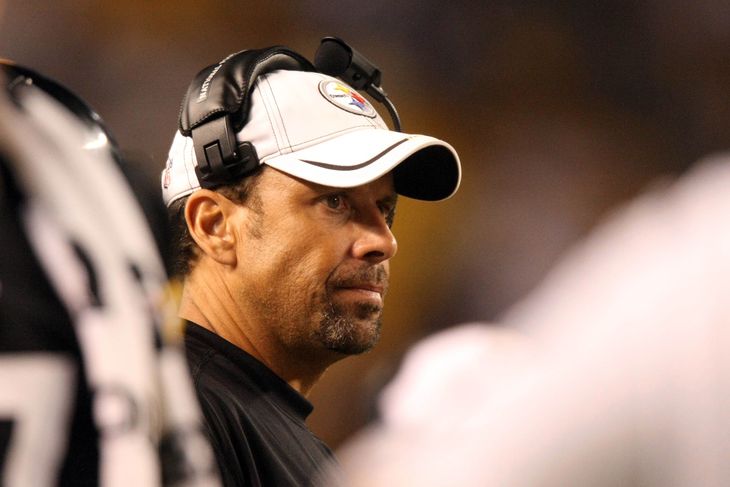 It’s hard to imagine a play on the first drive of the game could make such a difference in the outcome but I believe one did in the Steelers’ 28-21 loss to the Patriots.

The Steelers took the opening kick and marched it down the field behind the slick running of DeAngelo Williams and a few passes from Ben Roethlisberger but then stupidity happened. With the Steelers threatening, Todd Haley called for what could only be described as a “gadget play.”

Roethlisberger threw to his right and behind the line of scrimmage to Antonio Brown who reversed field and started coming back to the left looking to throw. The Patriots didn’t take the bait and tackled Brown for a loss. That was followed by a penalty which led to a 44-yard field goal attempt which sailed wide.

When you play a great team on the road, you can’t afford mistakes and the Steelers were their own worst enemy on this rainy Thursday night. From missed assignments to missed tackles, the Steelers did the one thing you can never do in the game of football and that’s beat yourself.

As many self-inflicted wounds as there were, none was more evident than that horribly timed call from Todd Haley. But this is exactly the type of stuff I’ve been harping on that no one seems to listen to. Haley has become notorious for trying to “over-think” things. He tries to get fancy when he doesn’t need to and he tries to make himself look better than everyone else.

My question is why?

Don’t beat yourself… The game of football is really quite simple. If you’re successful moving the ball then you keep doing it until the defense stops you. The Patriots had no answer for the Steelers on the opening drive yet Haley bailed them out.

He was far from the only problem in Foxborough though because the defense has serious question marks and that shouldn’t come as a surprise. But say what you want to about all of the prolific numbers of the Haley offense, the fact is, he screwed his own unit tonight in an effort to make himself look smarter than everyone else. 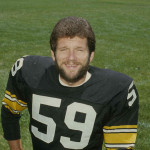 My Interview With Steelers’ Great Jack Ham Courtesy of Comcast 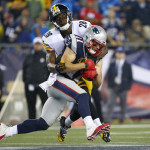 i really lost it on that call. i kept asking myself why would you do that. i think you had the answere.he called that play to try to make himself look smart. talk about egos.

First off he’s not a a good coach. The offense put up great numbers but was not productive, if that makes sense. On defense you got J.Jones making 1 tackle, they don’t even play Boykin. The problems are obvious finish drives on offense and personnel issues on defense.

Red zone issues should come as no surprise whatsoever. Still have no idea where Boykin was?

[…] There was a lot of outrage about a lot of things, mostly anger directed at the coaching staff. Marc wrote on Todd Haley’s faults last week. […]