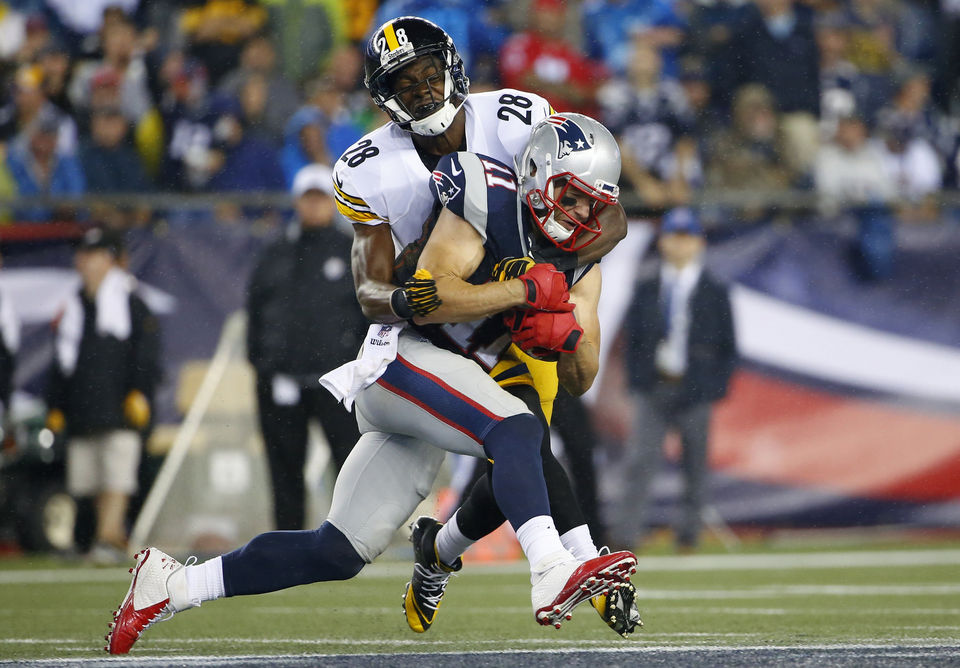 The Steelers went into Foxborough last evening missing their all-pro running back, their all-pro center and their rising, yet dumb star receiver. Little chances of winning were the Steelers given yet there was hope. The Patriots’ offensive line would start three rookies and there were questions about  their defense.

A victory would have been truly amazing especially with wonder boy Tom Brady back under center just as we thought he’d be. The odds were stacked against the Steelers because the last three times they played Brady in New England, he torched them in three wins scoring over 40 points in all of those games.

So the Steelers boarded the plane last night with a 28-21 loss which wasn’t even that close (Antonio Brown scored with two seconds remaining) yet for some reason many fans were “happy” just to see the team “not get blown out.”

Is this the new normal for Pittsburgh Steelers’ fans? We no longer go into games hoping for wins and instead hope that we don’t get killed? I had the Patriots winning by 11 last night yet I’m not doing any cartwheels over the fact it was just a touchdown difference and you want to know why? Because I’m not into moral victories at the professional level of football and furthermore; it was much worse than the score indicated.

The offense, missing those three studs, opened the game with an ass-kicking drive that came to a grinding halt because a ridiculously scripted play that called for Antonio Brown to throw the ball deep following his reception from Ben Roethlisberger on a lateral. Like all trick plays, if they work, they are masterpieces and if they don’t, they are open to criticism.

The problem I had with the play was simply the timing. There was no need, zip, zero, none, nada… No need for it there. The Steelers were pounding away and had the Patriots on their heels. Whether Todd Haley called it or Ben Roethlisberger called it because of the headset problems doesn’t matter to me. It was an incredibly poor time to use it, period.

Then came the Marcus Gilbert holding penalty which was then followed by the first of Josh Scobee’s two misses. The momentum was gone. “But hey, at least we moved the ball on them” I’m told.

Despite the great running game and fairly decent protection last night, the offense still sputtered in the red zone and left points on the field rather than on the scoreboard. You don’t beat teams in the NFL, especially defending Super Bowl Champions by kicking field goals. Haven’t we learned this already?

The inability to cover and tackle and the inability to score from the red zone should not surprise us. It’s been a problem for some time now and why should we believe it will get any better?

“But at least we only lost by seven….”

Steelers’ Haley Gets Cute Again at the Wrong Time

Don’t the Steelers Have to At Least Call Seattle About Chancellor?

I was there and was screaming how in the hell do you not cover,double and get physical with Gronk.
They gave Edelman too much cushion and respect.
The Steelers use to be the biggest baddest bullies on the block now they’re more like New Kids On The Block.
Hey-Bey played well but needs to be aware of his feet when going to the ground.
D’Angelo ran strong and I look forward to him being paired with Bell once he returns.
Steelers OLB’s can’t cover and no one looks back for the ball.
The Safeties were bad except for Will Allen.

I’m sick to death of that line of thinking…we sucked, period! Garbage time points and yards gained mean NOTHING> Our defense is terrible, young and terrible. Our secondary is worthless, our pass rush yet again non existent for the most part, poor tackling, total lack of awareness on the field and bad communication. Offensively, sure there’s some hope. But the offense was never the issue here as much as special teams and defense.

Yes the D stinks but what else could they do? The D used the most vicious D in the league and ever since Superbowl XLV they have gone downhill. I know you people think I’m wrong but how else do you explain the D going off a cliff the last 5 years? The trick play didn’t worked but I’m not going to bash them for that, it didn’t worked so move on. DHB had a TD and yes it was a Td no matter what you people have said his feet were in bounds when he made the catch and I want all of you to go back and watch that play 100 time and tell me I’m wrong. The Offense will struggle cause 2 of there next 3 opponents stop the run really well and how can the Offense score when there missing he biggest threat in Bryant. Now I’m going to suggest something that is going upset some people on this site but I don’t care. The only way for the Steelers to beat the Pats is to play DIRTY. That means hitting guys in the knee’s and taking cheap shots as well so that the Pats retaliate by taking the dumb penalties. I’m convinced that there is no Defensive gameplan that can stop Brady and the Pats.

First playing dirty should never be an option. Second things that i liked, A.Brown plays with a with passion that i wish were contagious, I have read comments that there were signs of good play on defense and this is something to learn from. To that i say, what game were you watching? A pass rush and playing a little closer to the receiver wouldn’t be a bad idea.And this stuff about we just need some time to gel and learn the defense is absurd. This was the exact same defense [that was called vanilla] we were playing in the preseason. So if they are holding something back i suggest they start doing it because if they play this way it’s only going to get worse.remember other teams watch tape and game plan and improve also.

Playing close to the line would have stopped Edelman but how do you defend Gronkowski? That dude is 6’7 and has reach like a gorilla. There were 2 bright spots vs. the Pats. They weren’t real big bright spots but 2 sacks on Brady is a good thing. Remember for Butler or for that matter any DC to beat Brady you must do something completely different than your normal gameplan. The D needs an edge and attitude of “Were the Steeler D and your in for a long day, so buckle up and prepared to fell the pain” Unless the Defense comes up with attitude again then it’s going to be a long season for that Defense.