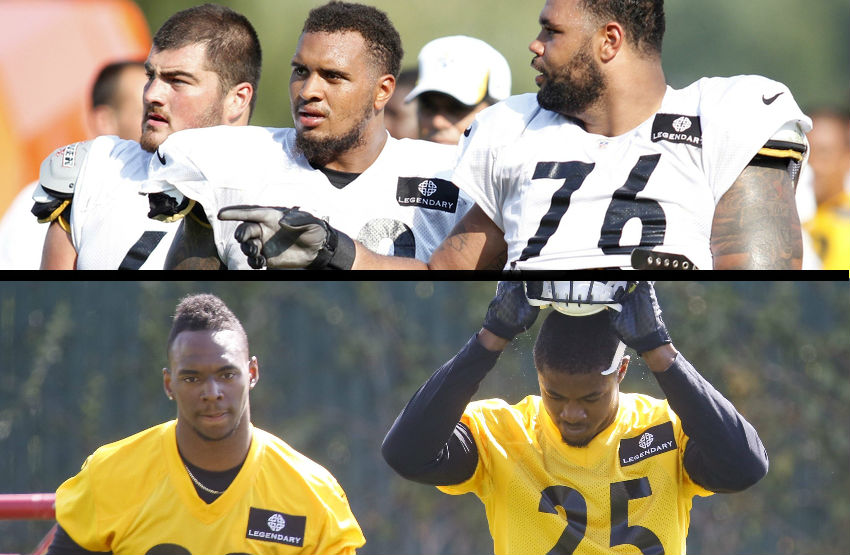 When Ben Roethlisberger came into this league, and won his first Superbowl; the offensive line was seen as a strength of the team. Bill Cowher liked to run the football, and to do that he needed a great offensive line. Big Ben had two pro bowlers in front of him that season in future Hall of Famer Alan Faneca and 2 time all-pro Jeff Hartings. Outside of those two, Marvel Smith, Kendall Simmons, and Max Starks were all very solid in their own right as well.

As Ben grew as a passer throughout his career, and as he gained a reputation for extending the play and throwing pass rushers off like rag dolls; the offensive line became less of a priority. Alan Faneca left in free agency; Hartings, Marvel, and Simmons would retire.

As time went on, Ben would rely on guys like Max Starks, Willie Colon, Trai Essex, Chris Kemoeatu, Sean Mahan, Darnell Stapleton, Tony Hills, etc. to keep him clean. Needless to say, as time went on Ben Roethlisberger was getting hit and sacked at a higher and higher rate.

It reached a breaking point in 2009, when Ben Roethlisberger was sacked a career high 50 times, which is still his career high by the way.

Just a few short months after that season ended, the rebuild would begin when the Steelers selected center Maurkice Pouncey with the 18th pick in the 1st round of the NFL draft. The Steelers would select 7 offensive lineman in the 2009, 2010, and 2011 drafts with 4 of them coming in the first 2 rounds.

From those 3 drafts, the Steelers would find Pouncey, Marcus Gilbert, David DeCastro, and Kelvin Beachum.

The Steelers made a conscious effort to re-tool the offensive line, and over the past few years they’ve reaped the benefits of that. There’s been some misses with guys like Mike Adams and Chris Scott but when you spend enough picks on the position some guys are going to stick, and in some cases you find a diamond in the rough like Kelvin Beachum.

Personally, I’m seeing a lot of parallels from those years to what we’re seeing right now with the Steelers’ secondary.

In one case, I think that the team just suffered a dip in the position because Ben’s greatness allowed them to let it slip. In this case I think it’s just a change in philosophy to match the changing NFL. For a long time the Steelers got lucky finding a serviceable CB like Ike Taylor and just put all their resources into stopping the run and rushing the passer. Now you need cover guys to have success defensively.

Prior to last year, the Steelers hadn’t selected a defensive back in the first 3 rounds since Curtis Brown in 2011. For all the talk about the Steelers’ failure to develop cornerbacks, which is a fair criticism, they sure haven’t tried finding top shelf talent to start with to develop.

Finally, in the 2015 draft the Steelers selected a ball-hawking cornerback Senquez Golson in the 2nd round, and then followed up with Doran Grant in the 4th. While Golson essentially redshirted last season, and doesn’t have great size, I have really high hopes for him to make a difference on this defense. Don’t forget Antonio Brown singled him out last year in camp as a guy that impressed him in coverage.

Fast forward to the 2016 draft and as we all know both of the Steelers’ top 2 picks were in the secondary with Artie Burns and Sean Davis.

For the first time in Carnell Lake’s career as a coach, he has guys to work with that come with a high ceiling and come with high college pedigrees. I’m not saying one way or the other if some of the failure in the secondary is on Lake, but I think you can’t keep giving him mid to late round guys to work with and expect him to make them into stars.

For all the negativity around the picks at the time, I think Steelers fans are going to be singing a different tune when they see the size and speed of the two Steelers rookies in training camp. Throw in the highly skilled Golson, and I think 3 years from now we could see a the team’s secondary going from perennial headache to a strength of the roster, the way the offensive line has. 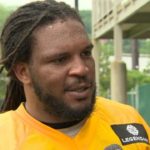 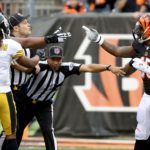 It Just Is Not a Rivalry, Steelers’ Fans

I await Vittorio’s response on exactly where and why your conclusions are flawed.