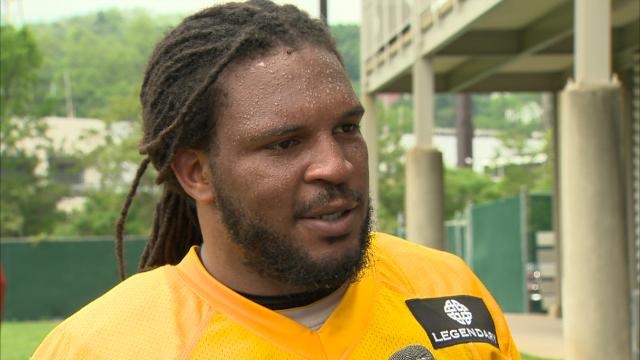 Last week the Pittsburgh Steelers elected to not give former number one draft pick Jarvis Jones the fifth year option that he could have received. While he’s far from the only member of the 2013 first round draft class to not get his option, that doesn’t make it any better and it sounds like it may get worse.

I was told over the weekend that Jones is none too happy about not only not getting his option year but that sharing time with 38-year old James Harrison isn’t making him real happy either.

If this in fact is the case, what does it mean for the Steelers?

The Steelers need to decide if keeping an allegedly disgruntled Jones around is worth it. Five sacks in three seasons plus injury issues would suggest the Steelers wouldn’t really be missing all that much. Add in the fact that the team appears to moving away from a traditional 3-4 defense and perhaps his services have really become obsolete.

What Jones has to do is look in the mirror and in the stat book. It’s one thing to have split time with Harrison or any other player but its another when you’re consistently being replaced on third downs. Why does that matter? Because in the NFL of today, teams throw the ball on third down at will and you need someone who can generate pressure on the passer. When you’re being replaced by a man as old as Harrison is then there’s clearly a problem and lack of confidence in your ability.

In 2015, Jones had six ‘quarterback hurries.’ James Harrison had 17 and Cam Heyward, playing from the interior had 21 to give this some perspective. Jones’ number isn’t acceptable and it definitely isn’t in Pittsburgh where pressure from the OLBs is a must.

Could the Steelers get something for him in a trade? I have to think it’s doubtful. There’s always the possibility of a sixth or seventh round pick from a team in desperate need of a run-stopping outside linebacker but this wouldn’t even happen until training camp time. That’s when teams start dealing with injuries and that’s when Jones’ services could most be in need.

Whether it comes to this or not is uncertain but I get the distinct feeling both parties would like to move on from each other. 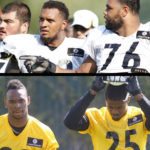 “In 2015, Jones had six ‘quarterback hurries.’ James Harrison had 17 and Cam Heyward, playing from the interior had 21 to give this some perspective. Jones’ number isn’t acceptable….”
Just to add a little perspective on this point; Jarvis gets about half as many pass rush opportunities as James Harrison and 25% as many as Cam Heyward gets. This explains his lack of productivity to a point, but also illustrates how much faith the coaches have in his ability to rush the passer. They obviously don’t have much.

Jarvis is used primarily as a run stopper and coverage LB. I’d like to think that Jarvis’ productivity would be improved if he had more opportunity. But, based on what we’ve seen over three years, I really doubt it.

Last season versus a poor Colts offensive line that was starting two backups and had moved their right tackle over to the left, Jones was tasked with rushing the passer on most downs. So was James Harrison. The results were starkly different and this isn’t a 2008 James Harrison we’re talking about, this is 37 year old, well past his prime Harrison and he made Jarvis look just plain not good enough.

Harrison had 7 tackles, 2 for loss, 3 sacks, 3 QB hits and a pass defensed on 37 defensive snaps that day. Jarvis Jones also had a “decent game”. He had a timely early interception that turned the tide of the game back in the Steelers favor. He also had 3 “almost sacks”, where he missed getting the sack by less than a second.

The thing that separates the great pass rushers from the mediocre ones is the ability to bend that edge and get there a half second earlier, maybe even a full second versus a line like they faced from Indy. Jarvis is just not cut out for the role he is being asked to play.

On the other hand, let’s consider being optimistic about it. If Jarvis really is angry, maybe he’ll get past the next most frequent criticism we hear about him at OLB: his demeanor. He isn’t an intense competitor and is seen as a “nice guy”. That persona is all well and good when talking with someone on the street. It doesn’t serve you well when you’re a Steelers OLB. Maybe being slighted regarding his 5th year option will motivate him to play well in a contract year.

But, I doubt it. I think he’s playing somewhere else in 2017. Hopefully, for his sake, it’s a team that runs a defense that is more suited to his strengths.

When Jones was drafted i believe the words on this site were.A missile, instant starter, can’t wait to see him wreck havoc. As i have stated my thoughts were too slow, not strong enough with poor technique. Well would it surprise you that he had 4 more tackles and 1 more sack than guess who Brandon Boykin???

Hard to get sacks when your the coverage outside linebacker and they play you behind Harrison.
Trade him to a team for a 5th or 6st rd pick but who needs a WLB?

I keep hearing this well ” Jones is playing out of place as a coverage WLB” . I didn’t buy that statement so i went back and looked at a bunch of defenses plays and what i saw was Harrison dropping about 50% and Jones almost exclusively rushing the passer. What i also saw was that Jones had no go-to pass rush move most of his pressures are missed assignments or the QB holding the ball too long. After watching close to 250 plays it became even clearer to me that he is just a below average OLB, there’s not much anything else to say.

Most definitely. Jones has got nuthin’. Read my comment below.

I watched every play of Jones’ first two seasons (in slow motion). He is too weak and slow to challenge even a middling NFL Left Tackle. It was an idiotic draft pick to begin with the Steelers had a great pass rusher at the position already, James Harrison. It have been a major embarrassment to let James go only to beg him back a year later. It’s time to cut the losses. If rookie,Travis Feeney, shows any potential, I would shop Jarvis Jones for a low round Draft pick and let Chickillo and Feeney split snaps behind Harrison and Arthur Moats. We don’t need Moats on the strong side anymore, Dupree claimed the spot, already. There is no reason to keep Jones on the roster. He is just taking up snaps from other players who need to show what they can do. The Steelers usually only keep 10 linebackers and with the advent of Feeney and Tyler Matakevich along with the oft talked about but never seen Jordan Zumwalt it’s already made getting a roster spot tough.

I think we are all in agreement that Jarvis is not suited to the role he has been asked to play in Pittsburgh.
But, if anyone believes that Travis Feeney as a 6′-3-5/8″, 230 lb outside linebacker is going to be a threat to ANY OLB currently on the roster, they are fooling themselves (actually, in a Sirius radio interview after the draft, Feeney admitted to being down to 225).
Feeney may make the 53 man roster, but it will be as a Special Teams player, not as a pass rusher.
Feeney is 3/8″ shorter and 45 pounds lighter than Bud Dupree. I have no idea where this enthusiasm comes from for Feeney as a pass rusher in 2016. Maybe in a few years, but by then Jarvis will be long gone. Feeney does not present any value on the outside this year.