It Just Is Not a Rivalry, Steelers’ Fans 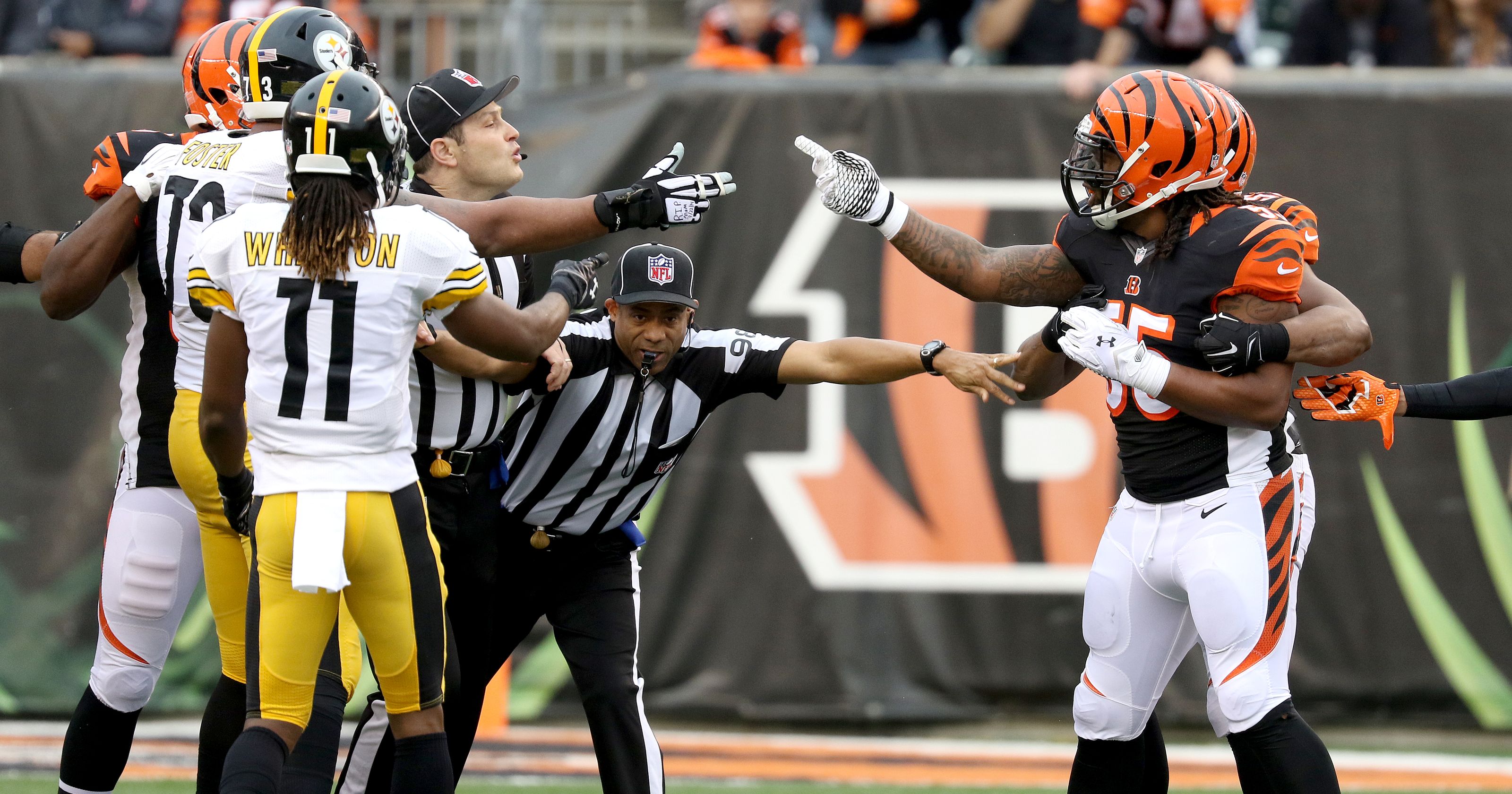 Is there anything worse than someone who constantly wants your attention yet doesn’t get the message? At first it isn’t a big deal because you think you can just blow them off yet you soon realize they aren’t going anywhere. They show up in the most bizarre places and at the worst times and before too long you realize what is going on.

It isn’t that they want your attention, it’s that they long to be you. They want to do everything you do and they want to be just as good at it if not better. The problem is that they’ve shown very few signs that they could ever walk a day in your shoes.

These my friends, are the Cincinnati Bengals.

Since the AFC Wild-Card victory over said team, it sure seems to me that they and many in their fan base are desperate to call themselves our “rivals.” The fact that the Bengals reside in the same division as the Pittsburgh Steelers does not necessarily make a rivalry yet try telling that to people in the Queen City.

A true rivalry is one in which both teams score significant victories against each other over a specific period of time. It’s a heavyweight boxing match where both fighters pound away at each other with massive upper cuts and hooks. Jabs are nowhere to be seen and there is little footwork as both just unload everything they have connecting at will on one another.

This is not the Bengals vs. Steelers because in that fight there is one combatant who lands a few jabs while the other rips off one haymaker after another. Don’t think so?

The Steelers lead the Bengals 58-35 all-time dating back to their first meeting in 1970. Since taking over the Bengals in 2003, Marvin Lewis’ record against the Steelers is 8-20 and that includes an 0-2 record in the postseason. His team has lost 13 times to the Steelers in his own building while winning just twice and yes, that also includes the two postseason losses.

Bengals’ quarterback Andy Dalton is 50-30-1 (.6173) as a starter. Versus Pittsburgh, Dalton is 3-7 (.300). His understudy, A.J. McCarron has a 5-2 record as a starter, but is 0-1 as a starter versus Pittsburgh; and 0-2 if you count the 2015 week 14 game in Cincinnati where he played 84% of the offensive snaps. This, after Andy Dalton attempted tackling a 300 pound defensive lineman, that he had just thrown a perfect spiral to, and managed to break his thumb.

Many of my fellow Steelers’ fans would love to also point out the Steelers’ overall advantage in playoff appearances, playoff wins and Super Bowl titles since 1970 but I’m not going there. Some organizations and some fan bases are accustomed to winning. Some know when the team actually is playing well enough to contend and some do not. This is where the fan bases are today.

It occurs to many people, on the outside looking in, that the rivalry only exists in the sense that a man trying to climb Mount Everest, and who fails repeatedly, begins to dread the next attempt.

The Bengals want a rivalry with the Steelers so badly that they are now trying to capitalize on the ferocity of January’s playoff game. This coming Saturday for example, seven Bengals’ players will be ‘honorary captains’ when Cincinnati’s soccer team takes on Pittsburgh’s Riverhounds at Nippert Stadium in Cincinnati. Is Vontaze Burfict going to attempt to take out our midfielder for crying out loud? Perhaps Pac Man Jones will get winked at by our goalkeeper and start a brawl.

Hopefully Joey Porter is nearby since he’s the only one capable of calming things down if you can imagine that.

It was also suggested the Bengals were so upset about the playoff loss that they purposely drafted players right in front of us that we allegedly wanted. I personally do not subscribe to this theory but I do find it funny and to be honest; it wouldn’t even surprise me if that were the case.

When the Bengals start to beat the Steelers as often as Pittsburgh has beaten them, then we can talk about a rivalry. Until then, it’s just another game on the schedule regardless of what happened last season.

Is Mike Tomlin Next in Line for a ‘Game Management Coach?’

It’s a rivalry because the Bungles beat us at home plus they injured our players and if it wasn’t for Vontez Stupid we’d off been bounced from the playoffs.

The AFC North is the Black n Blue division

I’ll just go ahead and point out that the Steelers beat them twice IN CINCINNATI, and that injuring a player does not give anyone legitimacy as a rival. A rivalry is a relationship with an adversary that you respect.
This is just an attempt by the Bungles to give themselves, and their sorry excuse for a fan base, some respectability by using the Steelers long history of contending teams.
Cincinnati SUCKS. Further, until they stop giving us an extra home game every year, they deserve zero respect from Steelers fans.